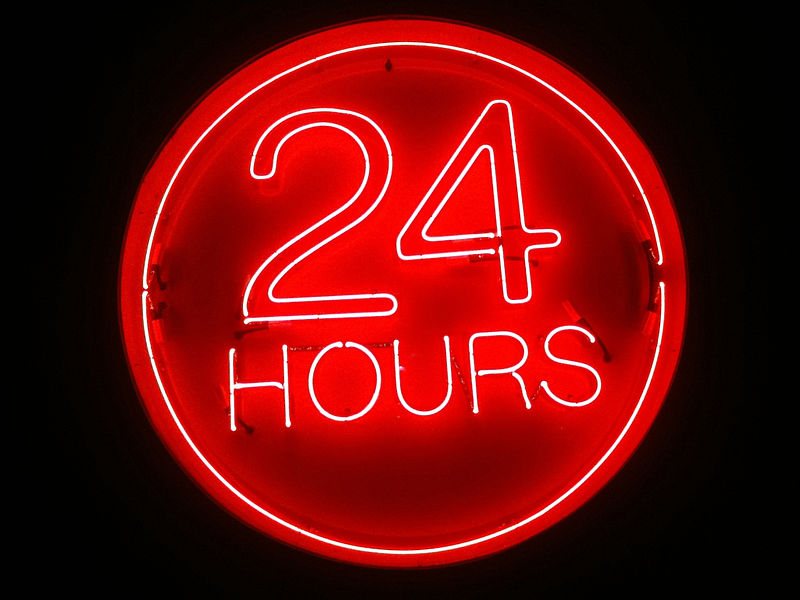 4 p.m. ET tomorrow is the major league trade deadline. That’s about 24 hours away. So far, the Cincinnati Reds haven’t done anything. It’s hard to predict what will transpire because we’re not 100% sure who the Reds are and how they’ll operate.

One is the risk-averse, love-your-own players gang that couldn’t bring itself to move Matt Harvey last summer. With rumors swirling about ownership meddling, that front office was forced to make embarrassing public statements about positive momentum and winning vibrations.

We hated that front office.

The other Reds organization is the one of this past offseason, fortified by fresh-minted manager David Bell. That group took on tens of million in payroll and plenty of risk. They traded second- and third-tier prospects for Tanner Roark, Yasiel Puig, Alex Wood, Kyle Farmer and Sonny Gray. They put together a blockbuster deal. They inked Gray to a 3-year extension before he’d thrown a single pitch for the Reds. That group was decisive and aggressive.

We loved that front office.

Was that random? Or did the arrival of David Bell and his partnership with Dick Williams change everything? We’re eager for more evidence that the Reds front office is up-to-date and willing to act.

Here’s what to look for over the next 24 hours to help answer that question.

The three players who fall into this category are SP Tanner Roark (32), 2B Scooter Gennett (29) and SS Jose Iglesias (29). The return would be minimal.

Trading Roark, who pitches tonight, would create a rotation spot for Alex Wood or Lucas Sims. Either could play for the Reds next season. Wood is a pending free agent and has an excellent track record, but he’s only made one start which makes finding a match difficult. Wood is a better extension candidate than trade bait.

Roark’s somewhat lucky HR/FB number has protected his ERA by about a half run. Roark’s xFIP (4.48) is right around league average. He earns $10 million this year, so the renting team would be on the hook for around $3 million. Roark has a reputation, at least with baseball writers so far, that exceeds his actual performance. Again, his ERA (3.95) is misleading, but major league front offices don’t look at that any more. Having Wood or Sims get a number of starts in the final two months would be valuable for the organization.

If the starting pitcher market tightens up, for example if the Giants don’t trade Madison Bumgarner, maybe Roark stands out enough for the Reds to bag a decent player for him. The giveaway that didn’t happen is if the Reds get two players back.

Braves and A’s join Yankees with interest in Tanner Roark

Trading Scooter Gennett would clear the way to give Josh VanMeter an extended look. As I wrote yesterday, the Reds should take whatever they can get for Scooter Gennett. I doubt it would be anything much at all, but it would avoid the uncomfortable decision to release him in the upcoming weeks. Derek Dietrich fills the role of left-handed bench player better than Gennett because he plays more positions. The Reds will be lucky to find a match for Gennett. The best hope is a team that is looking for a LH bat off the bench with some pop and weighs Gennett’s 2017 and 2018 seasons more than this one.

The Reds don’t have to trade Jose Iglesias. They could just choose to play Jose Peraza on a regular basis ahead of him. In certain respects, Peraza made gains last year and the Reds need to figure out if those were real and whether Peraza will continue to develop. Iglesias has been wonderful to watch at shortstop and is by far the better defensive player. But his time with the Reds is likely over after this season, while Peraza is just 25 years old and hasn’t entered his three arbitration years. The return for Iglesias would be OK, but no contending team is in obvious need of a shortstop.

Trading Free Agents-To-Be only if the Price is Right

This category is OF Yasiel Puig (28).

A month ago, Yasiel Puig would have fallen into the previous group. He was having a lackluster season so only teams desperate for an OF would be interested. At the time that meant Cleveland. Period. But Puig has hit well lately and would represent an improvement for many contending teams. He isn’t a liability in the field. The threat of his arm deters many base coaches and runners from taking a chance. He’s exciting and appealing to a fan base.

Unlike the three players in the first category, Puig isn’t blocking anyone in Cincinnati. You could make the case that clearing an OF spot would allow the Reds to cut back on the platoon with Jesse Winker and Philip Ervin, allowing each to have more at bats on his weak split-side. It would also allow David Bell to play Josh VanMeter in LF and Winker or Ervin in RF. Those considerations are real, but not significant. The Reds could cut back on Puig’s playing time a bit to get those other players some AB.

Yasiel Puig provides a considerable amount of value for the 2019 Reds. The Reds should only trade him if the market clicks and the front office is presented with an offer it can’t refuse. That would be a top prospect or young major league player.

Trading Relievers to Take Advantage of the Market

This is, by far, the most interesting trade category. Names here include Raisel Iglesias, Amir Garrett and to a lesser extent, Michael Lorenzen. You could also put several Reds minor league players in this pool as well.

The Reds have said they are looking to add players not just for 2019 (so no rentals) but for the future as well. They can’t acquire players like that with trades for players in the first two categories. The Reds would have to offer more.

The axiom Always Be Trading Closers and close corollary Always Be Trading Relievers is never more true than at the trade deadline. Given the way relief pitchers are over-valued — contending teams become convinced that adding a shutdown reliever or two is the final piece of their puzzle — this is the right time to dangle bullpen stars. Last year, 34 relievers were traded at the deadline.

The Reds may have missed their chance to trade Raisel at peak Iglesias, but the Reds closer still carries enormous trade value. He’s under team control for several years with team-friendly salaries. And he can pitch more than one inning. He’s exactly what teams like the Dodgers, Nationals and Braves crave.

Amir Garrett is also under long-term control, cheaper than Iglesias and left-handed. While he’s not an established closer, he has been the Reds most effective relief pitcher this season by far. Teams need left-handed relievers.

So if Iglesias and Garrett are so valuable, why trade them? In short, because of relative value. Because while bullpens as a whole are valuable, any given reliever is much less so considering how inconsistent each one is from year to year. Even at their peak, they only pitch 65-75 innings. Starting pitchers and position players offer teams much more value. The Reds should have traded David Hernandez and Jared Hughes when they could.

I’ve had a feeling the Reds front office has been itching to swing for the fences on a trade this month. That would mean packaging a couple top players for a big named return. It would start in the bullpen and probably include a minor league player or two. Something along the lines of the Mat Latos trade in 2012. But it’s possible the Reds are willing, even eager, but can’t find the right match. Trades like that are easier to make in the offseason when the other team has time to fill the hold they created by trading with your team.