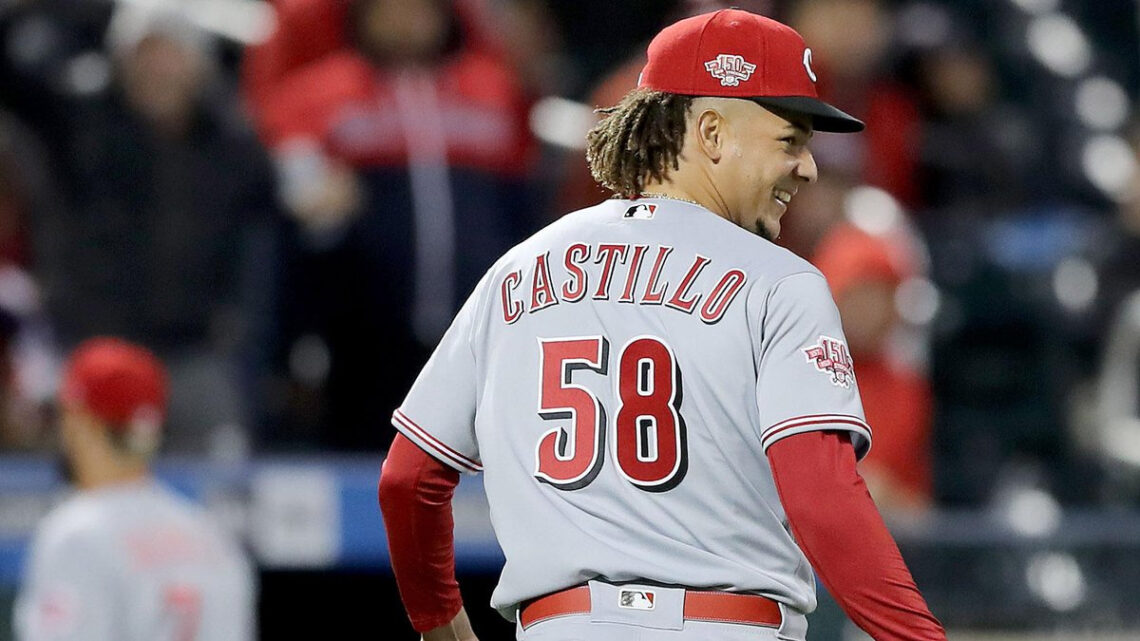 Let’s start by making one thing clear. There is not a shred of reporting that the Reds are considering trading Luis Castillo. It’s the time of year, trade deadline looming, that people paid to write about baseball capture the attention of fans with speculative posts about possible deals.

Jon Paul Morosi, reporter for MLB.com (and one of my favorite baseball writers) penned such a column about the Reds yesterday. Morosi analyzed whether the club should contemplate trading All-Star starting pitcher Luis Castillo. Here’s the framework Morosi offered:

“With regard to Castillo, the Reds can approach the upcoming Trade Deadline in one of two ways. The first is to categorically rule out any notion of a trade, making clear that he’s a non-negotiable part of the team’s future. The second is to attach an exorbitant price tag to his dynamic right arm and see if any general manager has the gumption to pay it.

At least for now, sources say, the Reds are taking the latter approach — particularly since there’s no public evidence to suggest Castillo is on the verge of signing an extension with the club.

Castillo is not “available” in a practical sense of the term, and yet the Reds haven’t hung up the phone on teams who have called. They are waiting to be wowed, while feeling content to open 2020 with a largely unchanged pitching staff.”

Morosi describes the sort of offer the Reds could expect to receive for Castillo: First, an MLB-ready starting pitcher. Beyond that, significant upgrades in one or two (two is more likely) position players.

The Reds were on the other side of a similar trade a few years ago when they gave up four players for Mat Latos. In a more recent example, the Red Sox acquired three years of Chris Sale for Yoan Moncada, Michael Kopech, Luis Alexander Basabe and Victor Diaz.

Luis Castillo has a staggering 4.5 years of team control left, through the 2023 season. Yes, Sale had been a top-6 Cy Young vote-getter with the White Sox six times. Castillo has yet to receive a Cy Young vote. But given Castillo’s extensive service time left, the return for him could be bigger than the haul the White Sox received for Sale.

Let’s look at a couple of the packages Morosi floated as hypotheticals for Castillo:

“The Braves are known to be pursuing starting rotation upgrades. A credible offer for Castillo would need to begin with outfielder Cristian Pache — the Braves’ No. 1 prospect, according to MLB Pipeline — and right-hander Ian Anderson, a 21-year-old who is maintaining a 2.91 ERA at Double-A Mississippi this season.”

Pache and Anderson are Top-20 minor league players, pushing the Top-10. Pache is a 20-year-old CF with Gold Glove-level talent and a solid bat. Anderson is a starting pitcher. Both are in AA with ETAs of 2020. To be clear, Morosi says this would be the start of the Braves offer. Four players is the standard return, with at least two headliners. Pache and Anderson would qualify.

Here’s another suggestion from Morosi:

“The Dodgers aren’t desperate to acquire Castillo, as they already have the National League’s best rotation ERA, but they would have the wherewithal to make a compelling offer. Right-hander Dustin May, shortstop Gavin Lux and a top catcher — Keibert Ruiz or Will Smith — likely would cause the Reds to consider moving Castillo, although there’s no indication the Dodgers are prepared to go that far.”

Organizations that offer the Reds a long-term solution at shortstop and catcher would make an attractive trade partner, especially with a top pitcher thrown in. The offer Morosi suggests from the Dodgers includes three Top-100 minor leaguers, LA’s three best.

However, the point here isn’t to dwell on specifics. It’s the general sense of what the Reds might see in return for a Castillo deal.

Should the Reds consider such a trade?

No player should be untouchable. Luis Castillo has a high value. Astronomical. But it isn’t infinite.

Further, his value is quantifiable. Depending on whether you prefer FanGraphs or Baseball-Reference WAR calculations for pitchers (I prefer FanGraphs), Castillo is projected as a 3-4 WAR or 6 WAR pitcher. Again, those are good numbers, but they aren’t unbounded.

The FanGraphs projections for Castillo are held back by the nagging issue of his walk-rate, which has spiked this season. Castillo grades out as a 3.70 ERA guy, or even a little higher. The ZiPs forecast for Castillo’s ERA through 2021 is around 3.90. That’s not where most Reds fans would put the number, but it’s a credible estimate made by a professional.

For added context, if you look at the fielding-independent composites (FIP, xFIP, SIERA), Castillo hasn’t been as good this season as Sonny Gray.

Bottom line: The Reds should entertain conversations about Luis Castillo.

They shouldn’t be eager to trade him. In fact, given Castillo’s enormous talent and lengthy team control, the Reds should ask for the Moon, the Sun and a habitable planet. But if another front office is willing to pay that price, the Reds should give it a clear-eyed look, swallow hard and say yes.