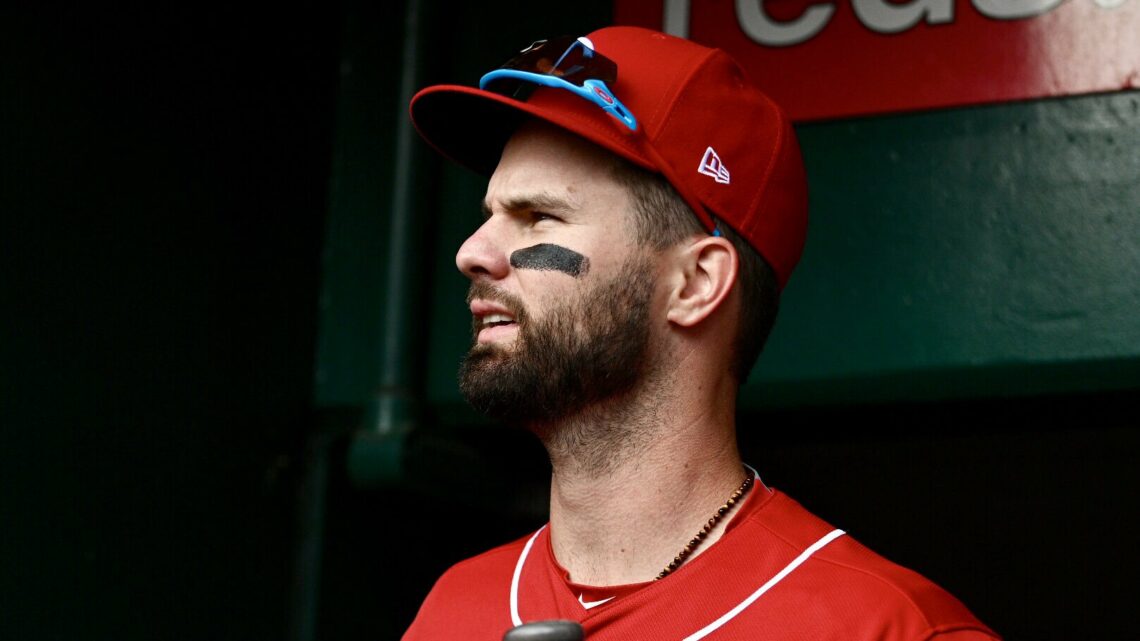 2018 was a terrific season for Jesse Winker. The Reds had drafted him in 2012 out of Olympia High School in Orlando. He was a sandwich pick (#49) between the first and second rounds taken after the Reds had selected RHP Nick Travieso with the 14th pick overall. Winker debuted in 2017 at the age of 23.

On Opening Day 2018, Jesse Winker found himself at the top of Bryan Price’s lineup. Even though Winker spent a couple days as the odd-man-out of Jim Riggleman’s outfield rotation, he did amass 334 plate appearances before being sidelined with season-ending shoulder surgery on July 26.

Hope for Jesse Winker as an everyday outfielder was high this spring.

League average wOBA is .320. His decline of 30 points is significant. It has occurred at the same time league wOBA has increased from .315 to .320 presumably due to the more active baseball. To give the 30-point decline some context, the difference between Joey Votto (.370) and Billy Hamilton (.277) in wOBA last year was about 90 points.

Silver lining: Winker’s ground balls have come at the expense of fly balls. His line drive rate has actually gone up a tick (24% to 25.6%) this year.

Winker’s plate discipline has dropped off, although he’s still better than average. He’s swinging at 25% of pitches out of the strike zone compared to 22% the previous year. League average is 31% so he’s still excellent in that category. Winker’s swing rate overall has increased from 41% to 44.4%, which would in part explain the lower walk-rate. Again, his Swing% remains below league average of 47%.

One bit of good news is that Winker’s power is up sharply. Last season his isolated power (ISO) was .132 and this year it’s .208. Yes, the baseball is juiced, but league ISO has increased only 20 points, from .161 to .181. So Winker’s power jump has been more than three times greater than the league as a whole. He’s basically turned doubles into homers, which is a common development for players with good power as they age.

One warning though, Winker’s exit velocity and batted ball distance is down. It’s hard to know how durable the power improvement will be.

Pitchers are throwing Winker fewer fastballs (down from 53.4% to 50%). In their place Winker is facing more sliders, changeups and curveballs. To an extent, this is a league-wide development, as pitchers are throwing fewer fastballs to every hitter. But in Winker’s case, the shift has been double in size compared to the league trend. Winker has been far less successful on off-speed and breaking pitches this year compared to 2018.

BATTING AVERAGE ON BALLS IN PLAY

One glaring statistic is Winker’s Batting Average on Balls In Play (BABIP). Last year it was .336 while this season it’s just .266. His BABIP is down on every type of batted ball.

In each category, Winker’s BABIP is way down. That difference is large enough to explain all of Winker’s hitting decline (but not his falling walk-rate). A batters BABIP is a function of defense, luck and quality of contact.

Defense Last year, Winker was equally effective against the infield shift (.376 xwOBA) as he was against a standard defense (.372 xwOBA). It made little sense for defenses to shift on Jesse Winker.

But with Winker hitting more ground balls this year, the league has more than doubled its rate of shifting against Winker, from 18% of his plate appearances to 39%. The result is a huge gap between Winker’s production against standard defenses (.367 xwOBA) and shifted defenses (.319 xwOBA).

Quality Contact Winker’s average exit velocity on line drives is down from 98.3 mph to 95.6 mph. That has occurred against a backdrop of the average league EV on LD up a half-mph from 92.7 to 93.2. While Winker remains well above average on EV on LD, the decline from 2018 to 2019 explains part of his BABIP drop off.

Luck Finally, a chunk of Winker’s decline so far this year is luck-based. As mentioned above, his wOBA is .332. That stat uses the actual outcome of balls in play. But when you use the average outcome for the same balls in play, Jesse Winker’s xwOBA rises to .344.

Five factors – one positive, four negative – have had an impact on Jesse Winker’s 2019 offensive production.

Jesse Winker has been a 30-point worse hitter (wOBA) this year compared to last. Roughly a third of that is bad luck, a third is hitting more ground balls and a third is his walk-to-strikeout ratio, particularly taking fewer walks.