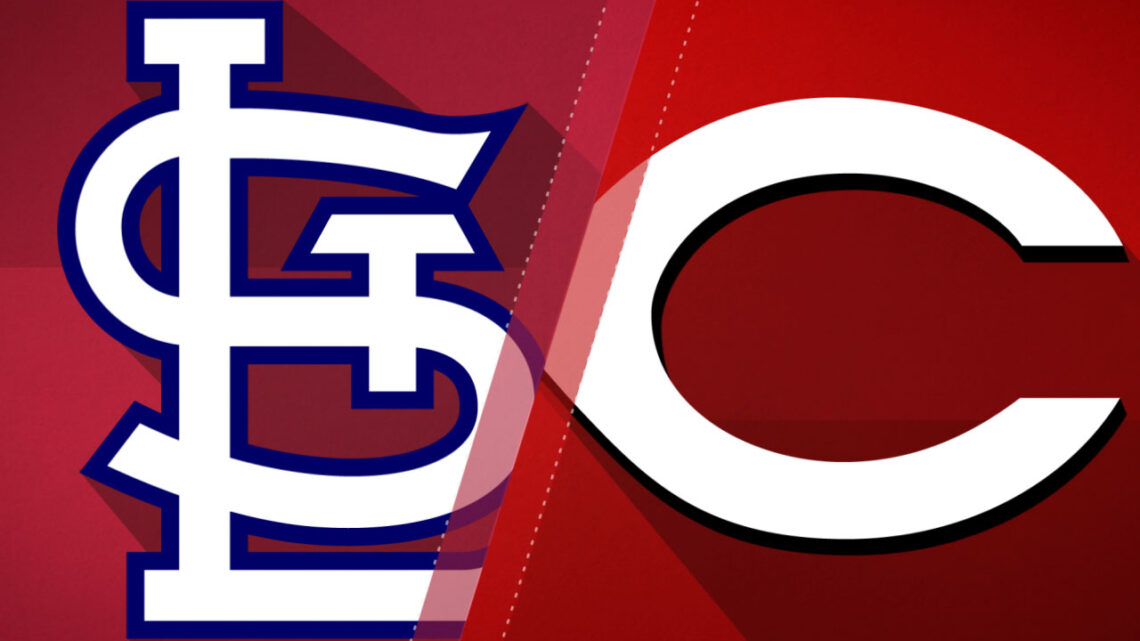 A series win over the Cardinals (64-57) would go a long way toward washing the taste of the Washington series away for the Reds (58-64). Cincinnati gritted its way through a win on Saturday night in an effort Skip Schumaker would be proud of. Playing shorthanded, the Reds took home a 6-1 win in front of 37,000 at Great American Ball Park. They’ll get one of their missing players, Eugenio Suarez, back for the series finale on Sunday, and they’ll need him against a dominant Cardinals pitcher. First pitch is set for 1:10 p.m. ET.

Still trying to kick off the rust after a long layoff, Alex Wood will attempt to right the ship after two straight shaky starts. Home runs have been Wood’s biggest problem; he’s allowed six in 19.1 innings this season, an average of nearly three per nine innings. Fortunately, the law of averages will bring that number down. A 27.3% HR/FB ratio is unsustainable.

Wood has also struggled to miss bats since returning from the injured list, his strikeout rate well below the 22.1% mark for his career. The curveball has traditionally been the southpaw’s best swing-and-miss offering, but he hasn’t had the same feel for it so far this year. 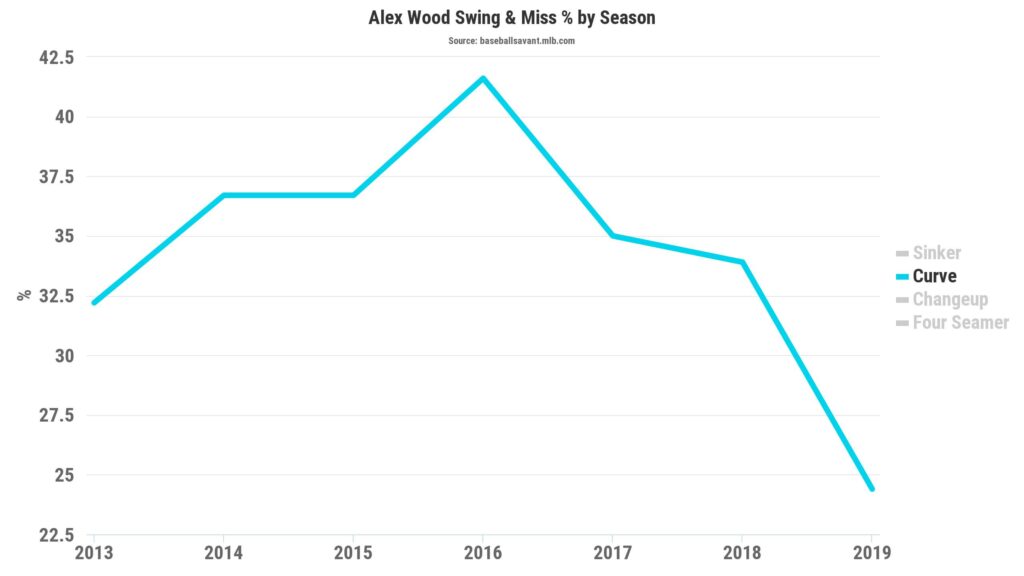 Three of Wood’s six home runs allowed have also come when he hung a curveball. If he can tighten up his command with the pitch, look for better results to come.

The Reds will have their hands full with Jack Flaherty, who has been one of the best pitchers in baseball in the second half. He leads the league in ERA (0.70), ranks second in FIP (1.89), and sits 12th in xFIP (3.26) since the all-star break. Only Justin Verlander, Chris Sale, Gerrit Cole, and Yu Darvish have better strikeout rates than Flaherty (34.7%) in that time. In his last 45.1 innings, Flaherty has allowed only four runs and 22 hits. It’s obviously not a sustainable pace, but the 23-year-old looks every bit like the Cardinals new ace who is bound to give the Reds problems for years to come.

St. Louis is going righty-heavy against Alex Wood today. Paul DeJong and Yadier Molina are back in the starting lineup for the Cardinals, while Dexter Fowler and Kolten Wong sit. 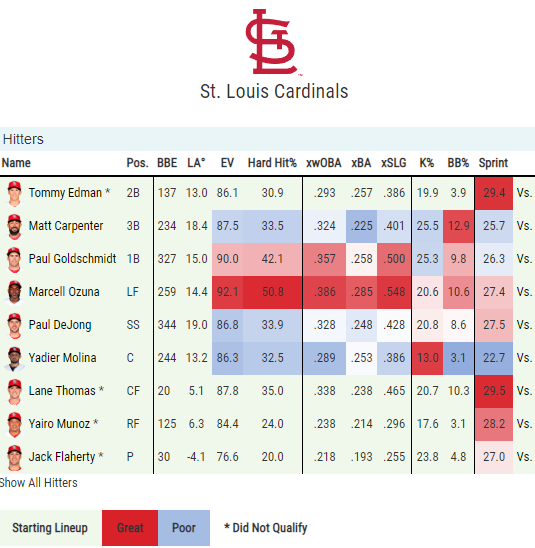 Joey Votto and Jesse Winker remain out of the Reds lineup with back injuries. You have to wonder if an IL stint is coming for one or both of them, especially since the Reds are already playing with 24 players due to Amir Garrett’s suspension. Per the Enquirer’s Bobby Nightengale, Votto has not swung a bat since aggravating his back on Thursday.

[UPDATE: Votto has been placed on the IL, and the Reds recalled Brian O’Grady from Triple-A Louisville.]

Eugenio Suarez, who sprained his thumb on Friday, is back after sitting out Saturday’s contest. Tucker Barnhart is getting a breather, and Kyle Farmer is behind the plate to catch his college teammate. 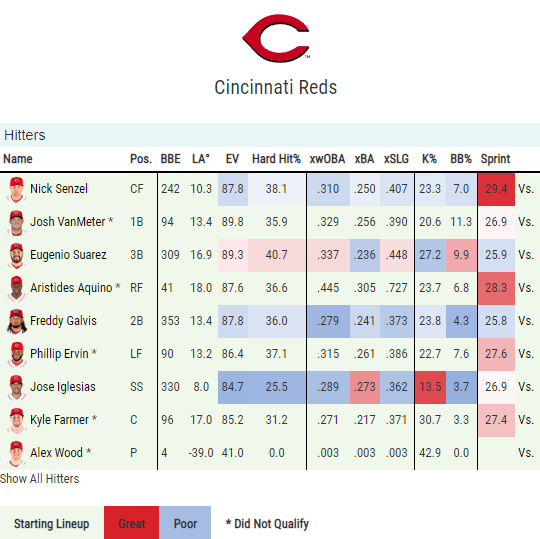 Two players currently on the injured list are working their way back to game action today. Derek Dietrich will start a rehab assignment on Monday, and Curt Casali will join him on Tuesday.

The return of those two players will create an interesting roster crunch for the Reds. The middle infield will be jam-packed, and Jose Peraza may be in serious danger of a demotion — although it wouldn’t be a long one since rosters will expand soon. 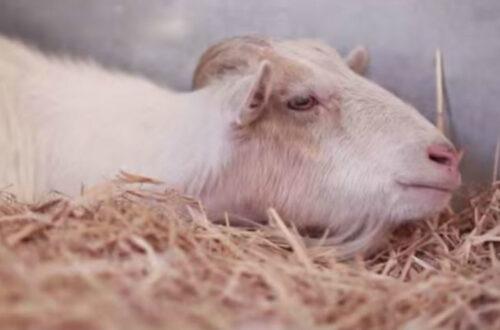