Once again: Can the Reds play the Marlins every day?

Aristides Aquino destroyed a three-run home run in the first inning (111.7 mph, 418 feet), providing all the runs the Reds would need in a 5-0 win on Wednesday night. They’ll go for a seven-game season series sweep against the Marlins on Thursday night.

Let’s not undersell Anthony DeSclafani’s best start of the season, though. The 29-year-old did exactly what he should against a team like the Marlins: dominate. He fired seven shutout innings, allowing only two hits and a walk while striking out eight. It was his longest start since Aug. 17, 2018.

Disco only had eight swinging strikes on a season high 110 pitches, but he pounded the strike zone with his fastballs and displayed excellent slider command low and away to his glove side. 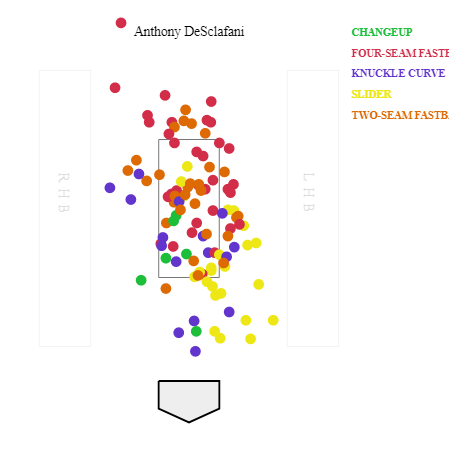 The slider-heavy approach was highly effective at generating ground balls. Nine of the 15 balls Marlins batters put into play were hit on the ground.

Eugenio Suarez also homered in his fourth straight game (104.8 mph, 407 feet), his 38th of the season. He’s one shy of the club record for consecutive games with a home run. Eight players lay claim to that record, including Suarez, who achieved the feat in 2018. Geno is two homers away from the Reds franchise record for a third baseman held by Tony Perez (1970).