The Month of Marty is over. The chance to play spoiler is over. The race for fourth place in the NL Central is over. Now it’s just time to beat the Pirates (68-91).

Anthony DeSclafani takes the mound as he looks to wrap up a solid season. Disco has firmly cemented himself as the Reds’ No. 4 starter heading into 2020, having raised his strikeout rate and velocity while maintaining average peripherals. Most importantly, DeSclafani stayed healthy all season. He’s making his 31st start tonight, matching his career high set in 2015.

Steven Brault was supposed to be the Pirates’ long reliever but has made 18 starts this season due to injuries. He’s a below-average pitcher by every metric. He doesn’t throw hard or strike batters out. He has struggled with his command and been hit hard this season.

This could be as a result of his low-spin 4-seam fastball, which he uses about half of the time. That being said, his second-best start of the year came in his only start against the Reds on May 29. He gave up no runs in 5+ innings in a 7-2 Pirate win.

No Joey Votto tonight. Alex Blandino makes the start at first base for the first time in his professional career. So that’s where the Reds are at right now. Michael Lorenzen draws another start in center field. José Peraza is leading off for some reason. 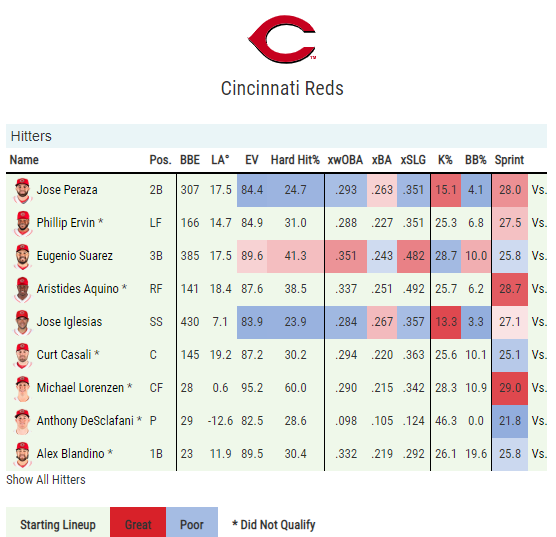 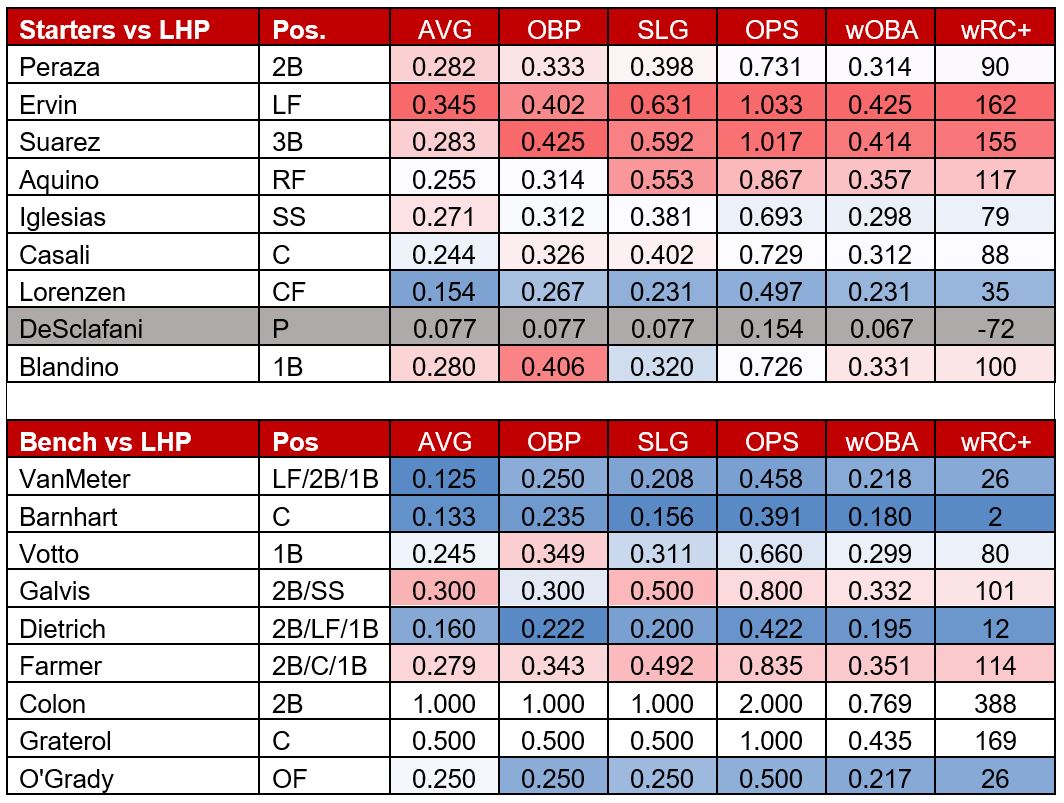 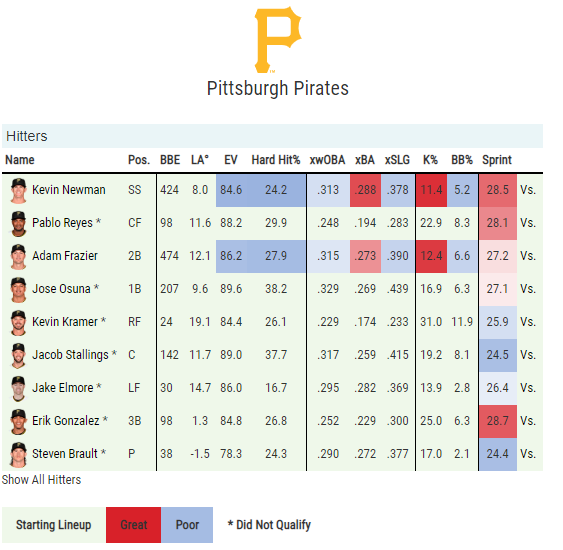 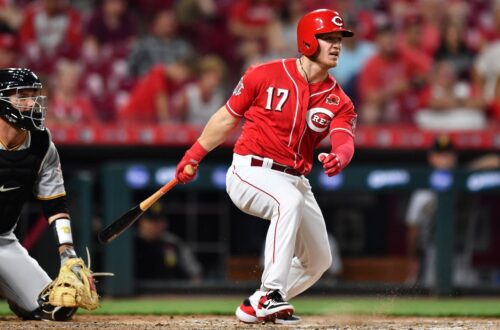 Josh VanMeter brings a well-rounded offensive approach to the Reds 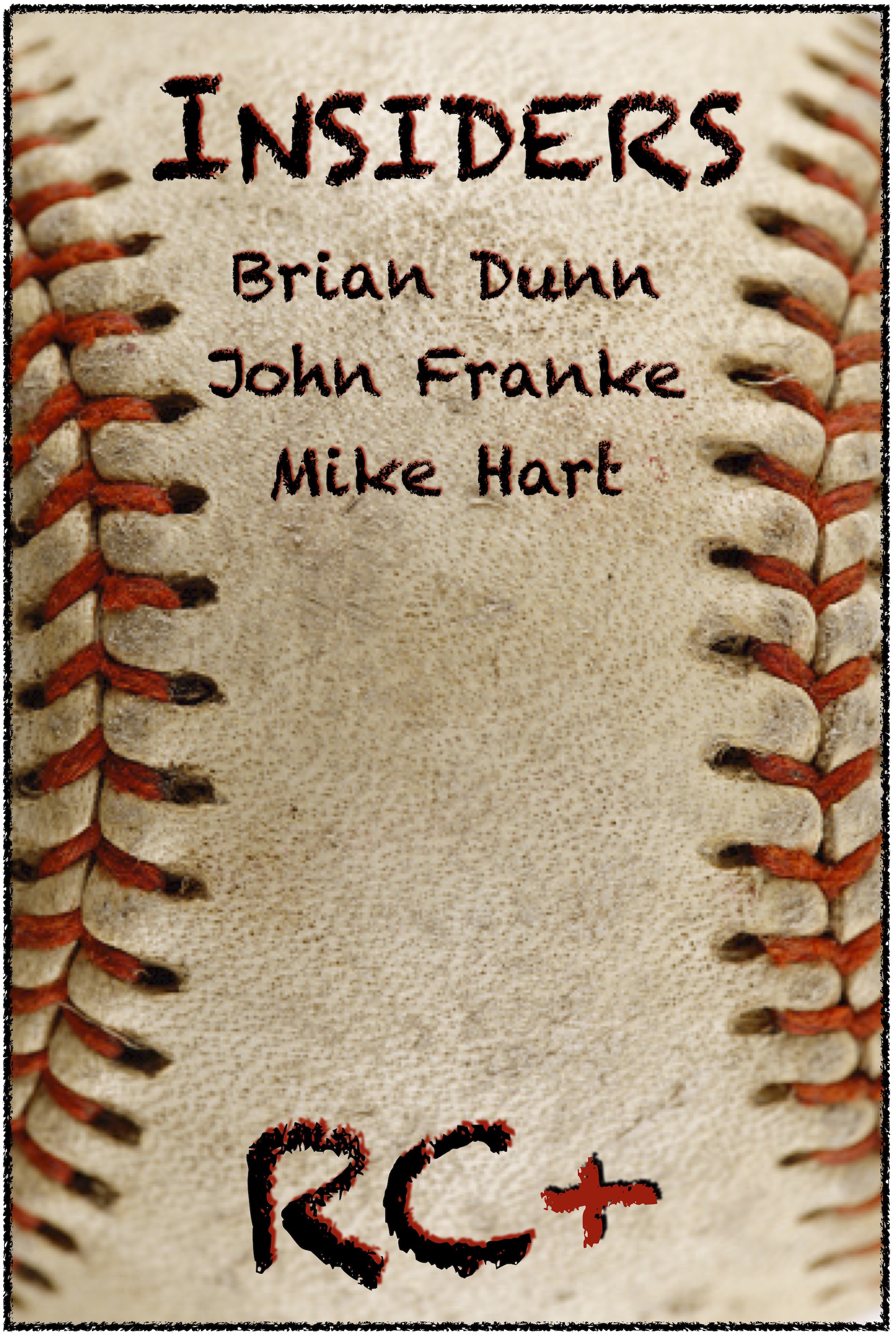