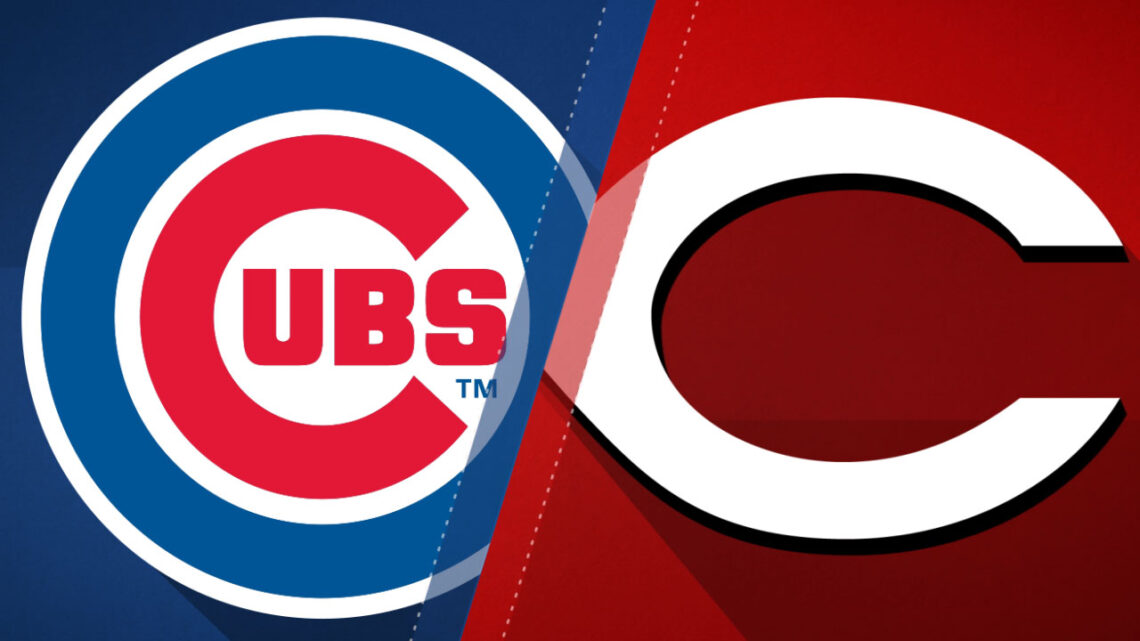 The Reds (71-81) already have the season series with the Cubs in hand (10-8) and look for another victory tonight. Chicago is locked in a tight battle with St. Louis and Milwaukee for the NL Central title and the two Wild Card spots. The Cardinals beat the Nationals 5-1 earlier this afternoon, giving them a 2.5 game lead over both the Cubs and Brewers. Milwaukee looks to finish off a sweep at home against the Padres tonight.

If the Reds split their remaining ten games, they’ll finish 76-86, which was their record in 2014. They’ve already surpassed the team’s win totals of the 2015-2018 seasons. The Reds have scored more runs (672) than they’ve allowed (666). The next-best run differential for a team with a losing record is -54 runs for the Texas Rangers who are 4 games below .500. The Milwaukee Brewers (82-69) actually have a -6 run differential. That puts them 140 net runs behind the Cubs even though the two teams have the same record.

Tyler Mahle is making his 23rd start of the season for the Reds. He’s looking to bounce back from two not-so-great starts, although he did have six strikeouts to one walk in his last game. Mahle’s ERA is inflated, but a quick look at his xFIP and SIERA, which are both much better than MLB average, shows he’s pitched well this year. His strikeout, walk and ground-ball rates are all better than league average. That’s a good situation for the Reds to be in for their 5th starter.

Jon Lester makes his 30th start for the Cubs tonight, marking the 12th season in a row to reach that milestone. That’s a marvel for a pitcher being able to stay healthy and consistent. He’s shown decline the past two seasons, with a troubling drop in ground-ball percentage this year. Lester’s fastball velocity has dropped another mph.

The Reds have struggled recently against soft-throwing LHP (i.e. Tommy Milone, Marco Gonzales, and Alex Young), but Lester has had his own issues the last 2 months. In Lester’s 9 starts since 8/1, his results have been:

While Lester’s peripherals suggest that he has pitched better than his resulting 6.94 ERA, his performance has not been what the Cubs have needed in the tight NL Central and NL Wild Card race. Lester has faced the Reds twice this season, giving up 5 ER on 10 H in only 10 2/3 innings. Let’s hope the reds can get back on track against left-handed pitching against a struggling familiar face.

Michael Lorenzen, fresh off a night pitching 1.1 innings and finishing the game in centerfield, gets another start tonight. Jose Iglesias is back in the lineup at SS. 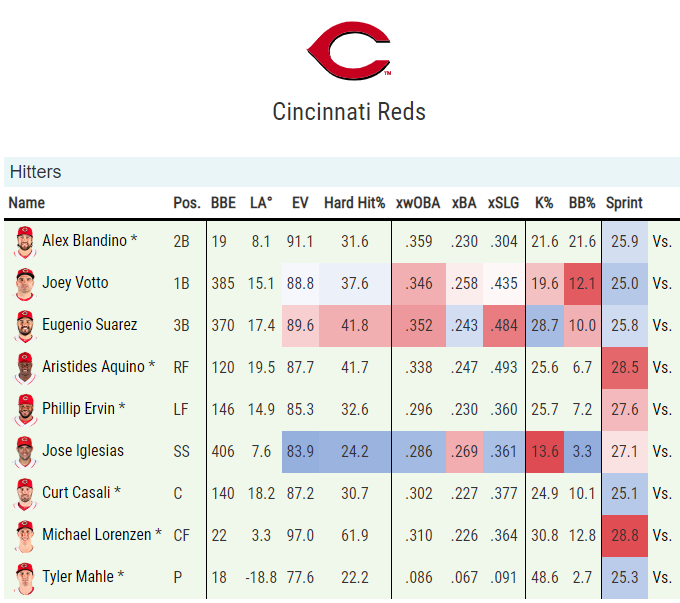 Here are splits for Reds hitters against left-handed pitchers: 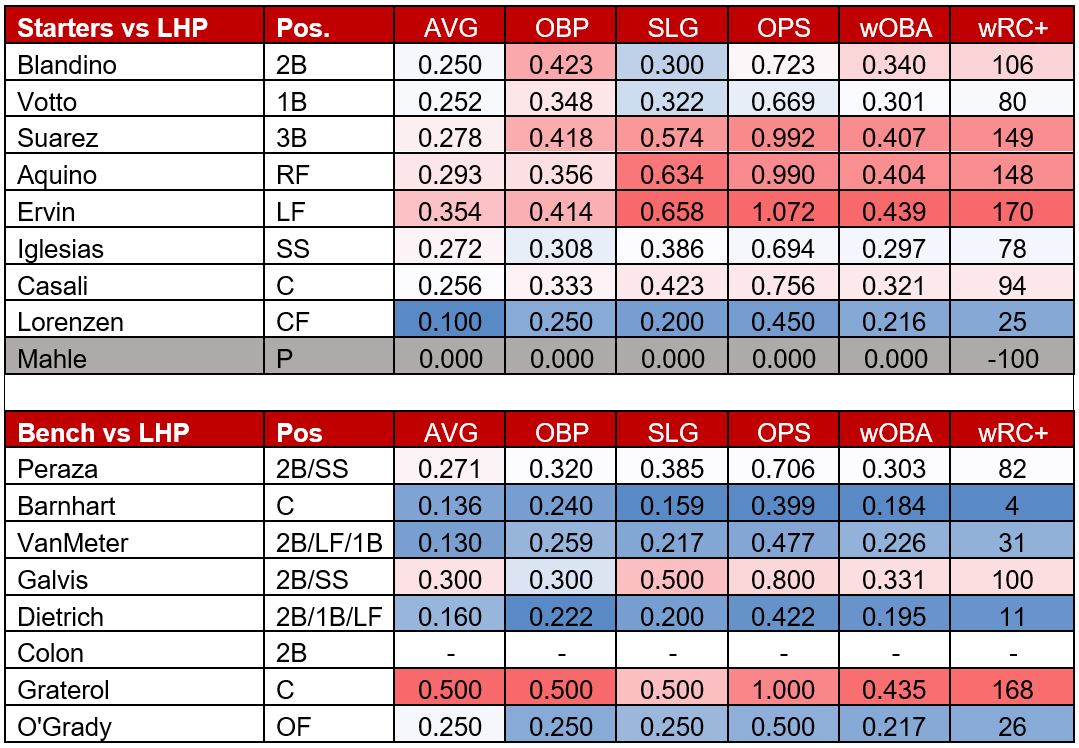 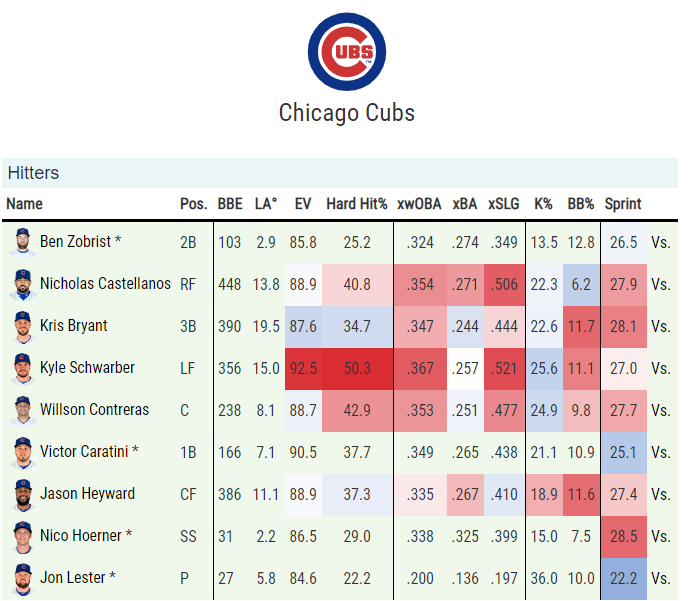 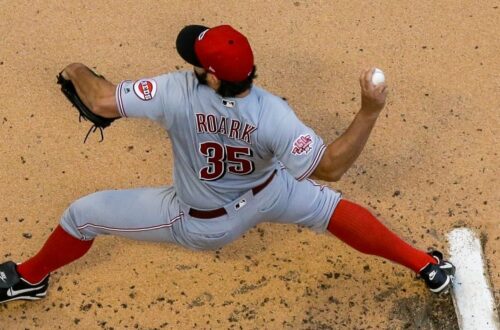 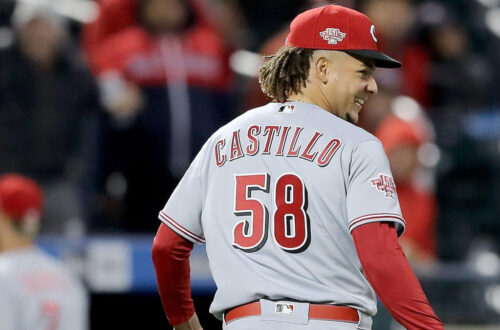 On the Unthinkable: Trading Luis Castillo 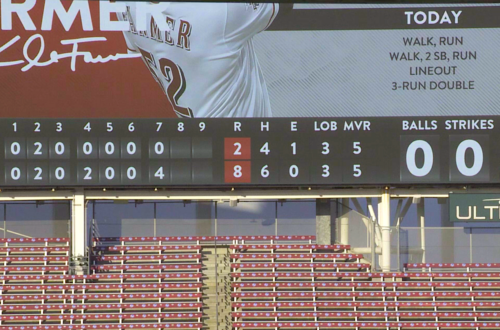