With each passing game, the Reds continue to leave little doubt that the offense needs to be the point of concern in the offseason.

The group played a part in a dubious record on Saturday night, getting shut out 1-0 against Merrill Kelly, who had a 4.68 ERA, 4.72 FIP, and 4.68 xFIP coming into the game. But that wasn’t the worst part. The Reds’ pitching staff allowed one baserunner the entire game. One. Only one other team since 1908 has lost a game when allowing only one baserunner. It happened to the Royals against the Orioles in 1971. The caveat: the game lasted only five innings.

Anthony DeSclafani spun a one-hitter across seven innings. That hit was a triple by Nick Ahmed in the third inning with an .070 expected batting average. The ball left the bat at only 89.7 mph and had a -27° launch angle — hardly the recipe for a triple. The ball was hit straight into the ground, but it bounced over the head of third baseman Eugenio Suarez. It ultimately kept the Reds from a perfect game because it’s been that kind of year. Ahmed scored on a sacrifice fly.

Offensively, the Reds scratched across three hits and two walks. Two of those hits came in the first inning — singles by Joey Votto and Suarez — but Aristides Aquino and Tucker Barnhart couldn’t drive them home. The Reds didn’t get a runner to second base the rest of the game.

DeSclafani needed only 78 pitches to get through his seven innings. He wasn’t getting many swings and misses (3), but he induced a boatload of weak contact (85.6 mph average exit velocity) and ground balls (76.5%). The fastball-slider approach had worked well for Disco in recent games, but the curveball was his breaking ball of choice on Saturday (16 curves vs. 14 sliders).

Joel Kuhnel fired a perfect inning in relief, touching 99 mph with his fastball while primarily attacking D’backs hitters up in the zone. 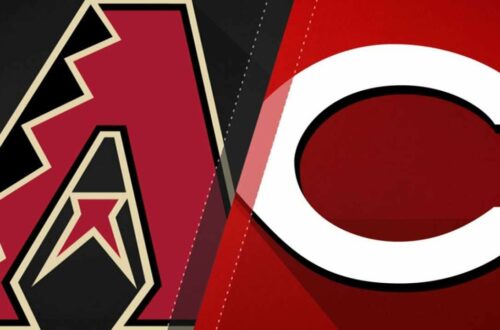