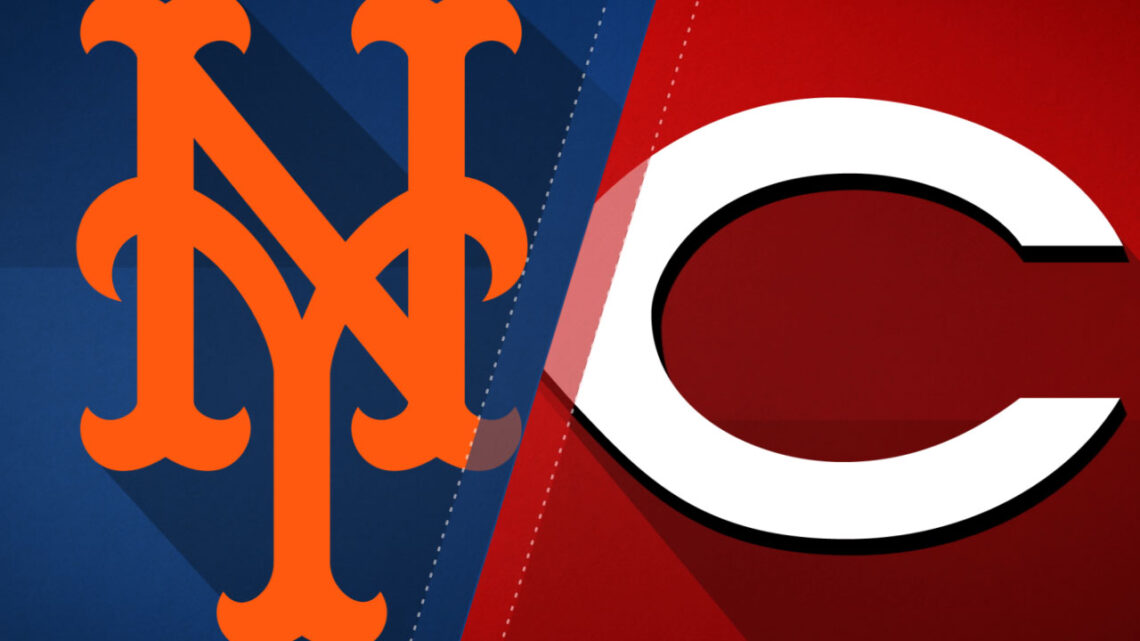 [If you were looking for us yesterday, the site was down. Sorry about that.]

The Reds (73-82) can win the weekend series with a victory over the New York Mets this afternoon. The season series between the two clubs stands at 3-3. The pitching matchup features two 2019 trade deadline acquisitions. The eyes of all Reds fans remain on Eugenio Suarez, who has 48 homers, two behind MLB leader Pete Alonso. Suarez and Alonso are batting third for their respective teams in GABP this afternoon.

Trevor Bauer makes his tenth start for the Reds, his first against the Mets.

Bauer’s previous start in Arizona may have been his best of the year for the Reds. He gave up a run on four hits and a walk, with nine strikeouts, on the way to pitching 8 innings. In his other start on the road trip, in Seattle, Bauer gave up just two runs on three hits in 6.1 innings.

The Mets acquired Marcus Stroman from the Toronto Blue Jays at the 2019 trade deadline. It’s his tenth start for the NL club. He’s pitched well for the Mets, with a slightly higher strikeout rate than he had with the Blue Jays. That’s not surprising when you get to face the opposing pitcher a few times a game.

The Reds remain shorthanded with the flu running around the clubhouse. Josh VanMeter, who you would expect to lead-off against a right-handed starter, is out of the lineup. Jose Peraza is playing LF and Kyle Farmer is at 2B. Phillip Ervin leads off. He’s batting .240/.308/.390 (82 wRC+) in his career against RHP. 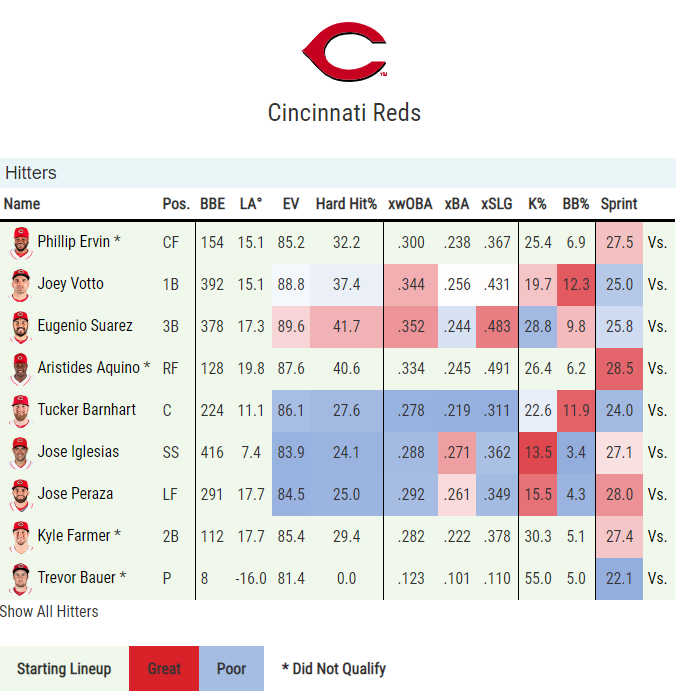 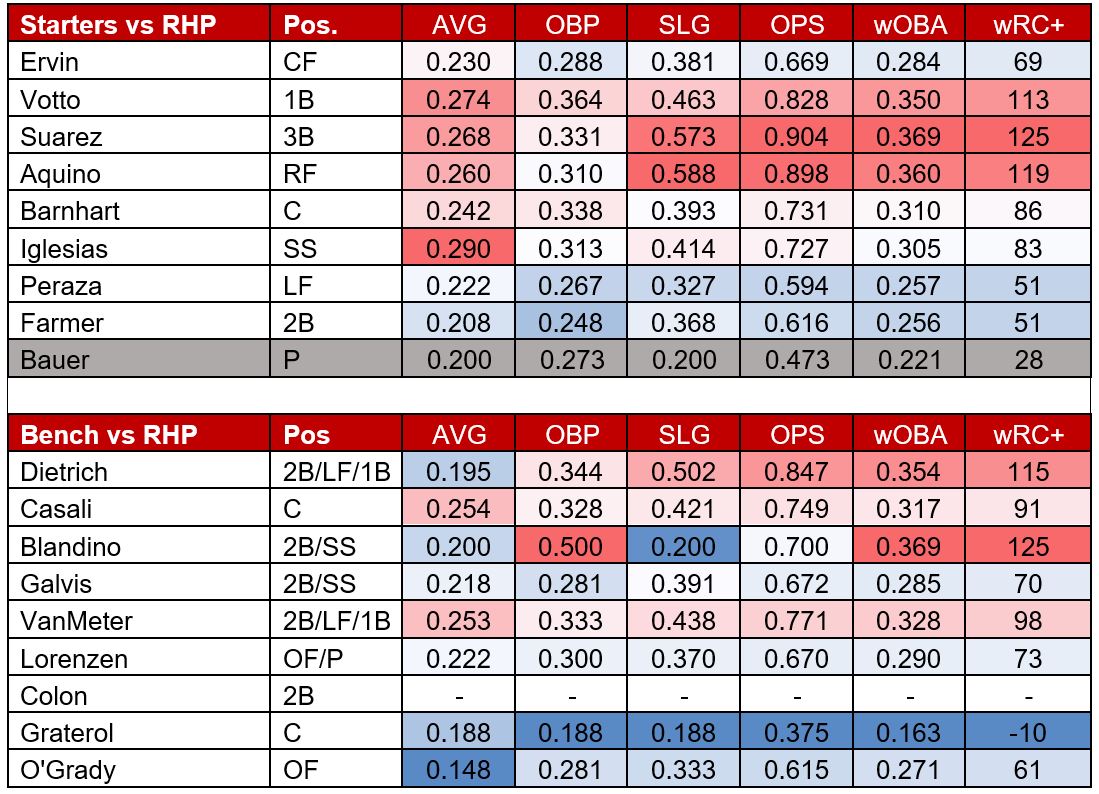 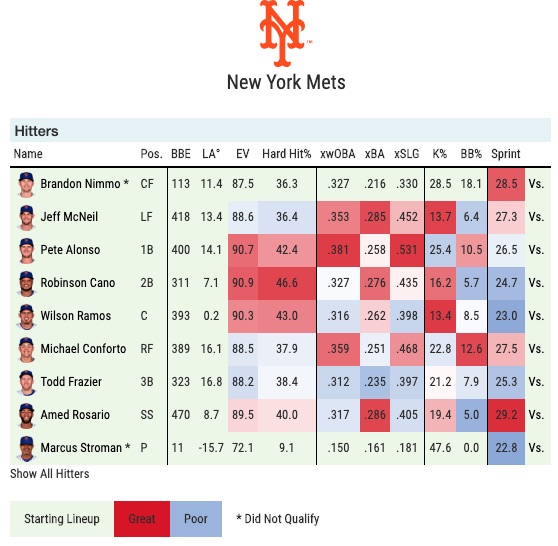 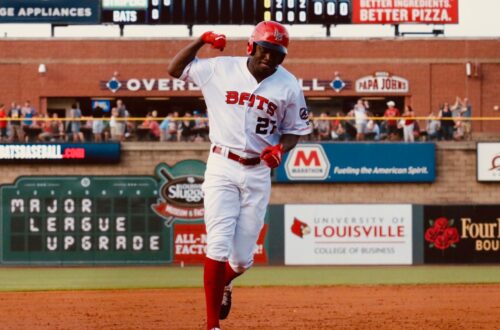 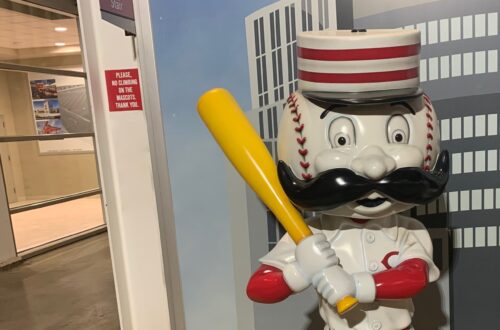 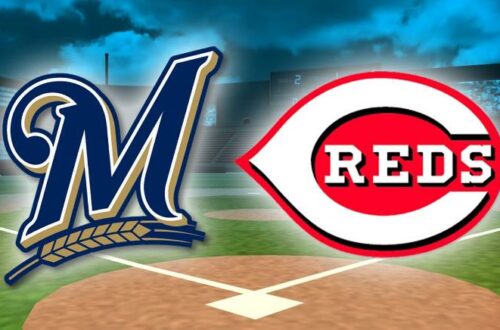