The 13th post in a series looking at Aristides Aquino’s historic month of home runs. 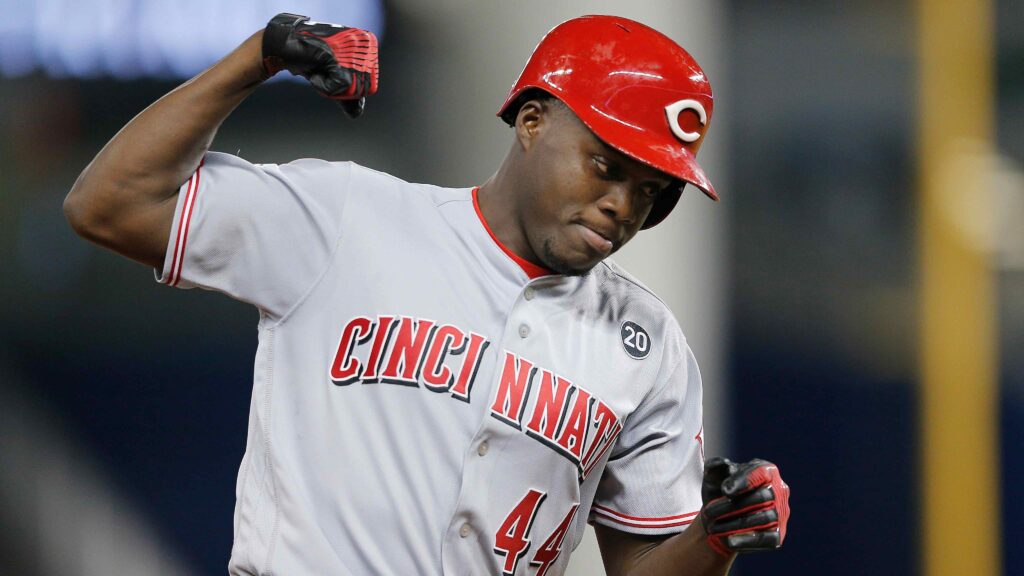 Aristides Aquino’s previous homer was on Aug. 23. Five days later, the Reds were in Miami looking for their third consecutive win over the Marlins. Aquino faced Sandy Alcantara in the 1st inning with Joey Votto and Eugenio Suarez on base. Alcantara (24) started 32 games for Miami in 2019. He had thrown four good games prior to this one. The Reds did their 1st-inning thing against him.

The notable aspect of this pitch sequence was its duration. Aquino’s homers generally came quite early in the at bat. But in this one, it was the sixth pitch. Alcantara started Aquino off with a 96.4 mph sinker that was low and off the plate. Aquino swung and missed. Alcantara followed with another tough pitch, a 96.6 mph fastball inside and at the bottom of the zone. Aquino fouled it off. With an 0-2 count, Alcantara came back with a 97.2 mph sinker in the same spot. Aquino managed to foul it off. Alcantara next threw two balls, a 97-3 mph fastball and a 97 mph sinker. Up to that point, he had offered nothing but heat to Aquino.

Alas, pitch number 6 in the sequence was a 90.7 mph change-up. It was inside but not down. Aquino reacted like he was looking for it. 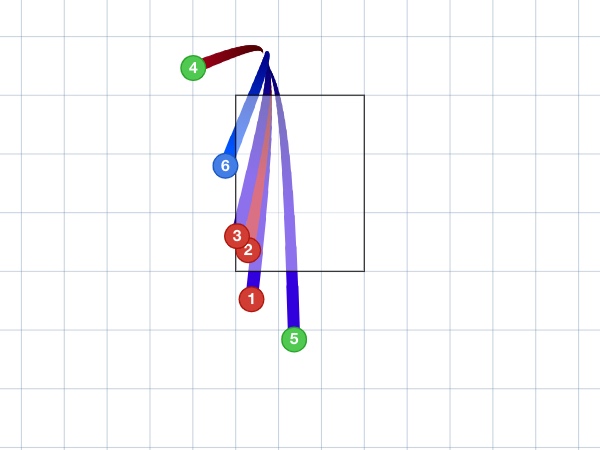 Aquino’s bomb flew over the Marlins left field bleachers just under their scoreboard. At 112 mph, it was the second-hardest of Aquino’s home runs, traveling 418 feet. The video uses the Marlins broadcast feed and the announcer had just finished saying Miami was set up for a double play. A second after Aquino hits the ball, the Marlins broadcaster says “Maybe not.”

#13 by Aquino tied the Dodgers’ Cody Bellinger for most home runs in a month by an NL rookie. It was also the most by any major league player in his first 100 plate appearances. Aquino’s blast was the first time an MLB player has hit 13 homers in his first 27 games. Here the Reds OF celebrates with Joey Votto. 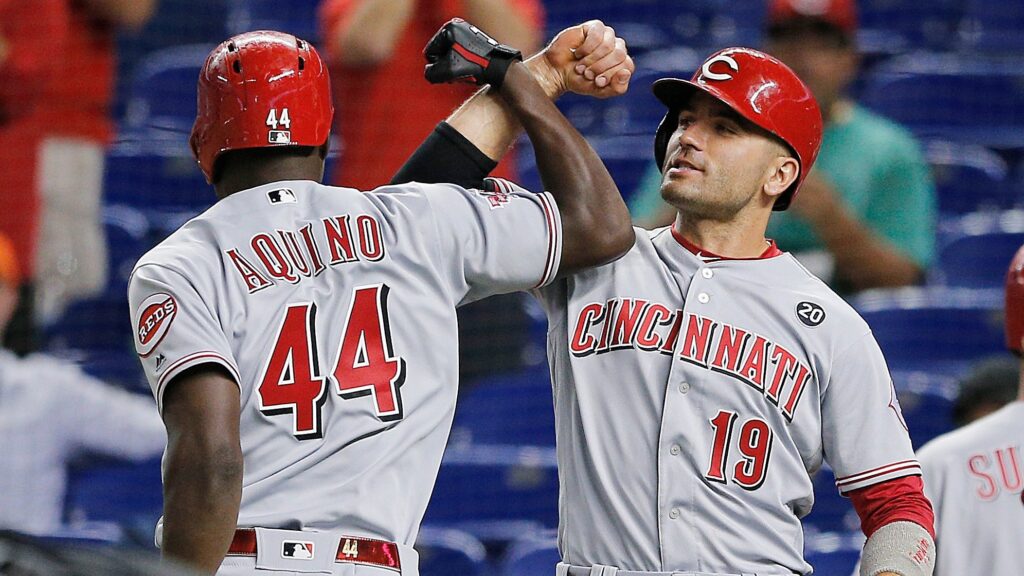 This was Aquino’s third home run in a row that came to the benefit of an Anthony DeSclafani start. The Reds won this game 5-0 on the strength of Aquino’s blast, Eugenio Suarez’s 35th homer and 7 shutout innings by DeSclafani.

The calendar pointed to the end of Aquino’s record-shattering month. But The Punisher wasn’t finished.

How come you ain’t got a link to share on FB and other social media sites?

Thanks for what you are doing on this site. Great stuff.