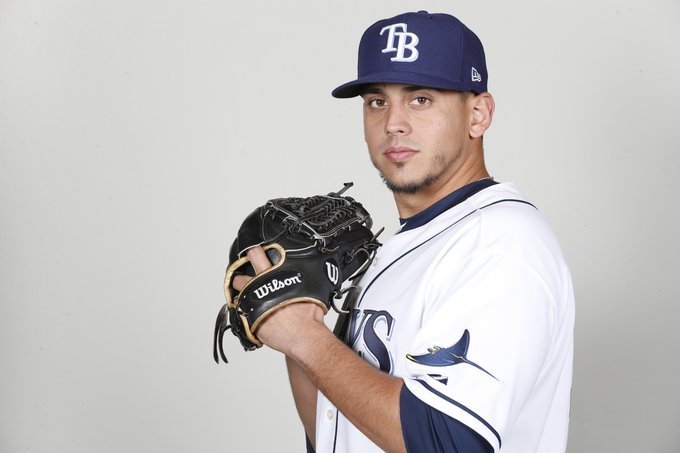 The Reds have acquired RHP Jose De Leon from Tampa Bay for cash and a player to be named. The Reds’ roster is now at 40 players.

Jose De Leon is a 27-year-old right-handed pitcher. He was acquired by the Dodgers in 2013 and rocketed through their system, making his debut in 2016, when he made 4 starts. De Leon rose to being ranked the #3 prospect in the Dodgers system in 2016 and 2017 and a top-30 prospect in MLB.

The following offseason he was traded to the Rays. He spent 2017 with arm soreness, making only 8 starts in various stops in the Rays farm system. He missed all of 2018 recovering from Tommy John elbow surgery.

“De Leon has a strong track record as a strike-thrower, though it likely will take him some time to regain the control and command he had before his myriad injuries. He still has the upside of a big league starter, at this point likely a No. 4 or No. 5, though he’ll need to stay healthy in order to achieve such potential.”

We’ll see what the Reds pitching coaches can do with De Leon.

De Leon fills up the Reds 40-man roster. Earlier in the day, they added Tyler Stephenson (C), Tony Santillan (RHP), Ryan Hendrix and Tejay Antone to the roster, protecting them from the upcoming Rule 5 draft.

This feels like a good value move that tends to fly under the radar, but could pay off nicely. If not, not much lost. I’m hoping that it is a move that reinforces the sense that this FO is making wiser choices than previous. Any insight or comments on the lack of adding Friedl to the 40 man, or perhaps the continued inclusion of Schebler?