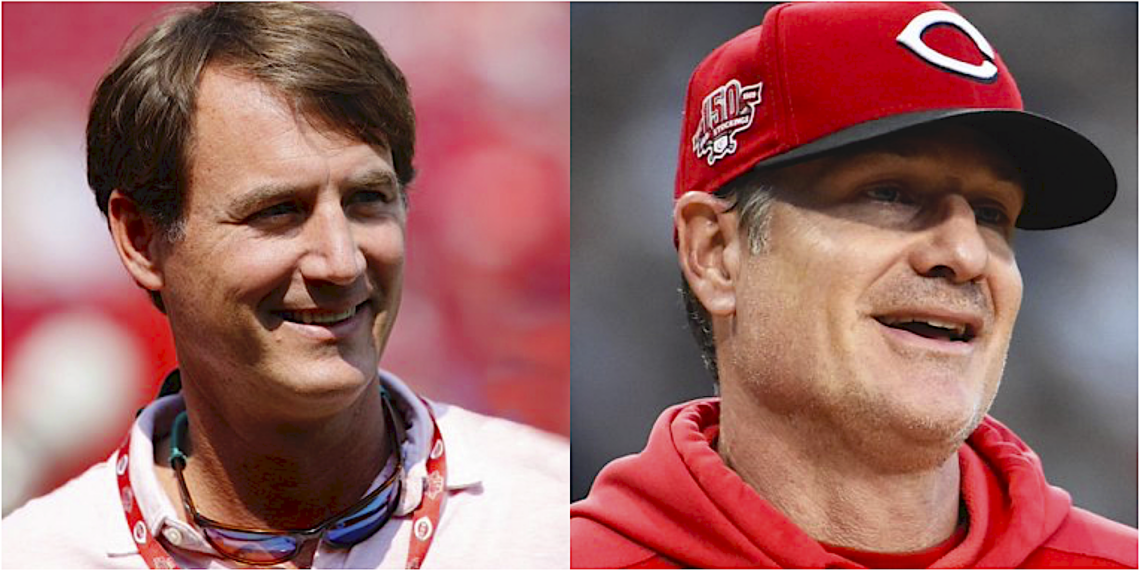 What an offseason. Make that two.

The Reds front office has finally delivered to its fans The Next Good Reds Team™ and we’re ready.

Before look forward, let’s throw a few shovels of Great American Ball Park dirt on the disastrous Rebuild-Reboot-Retool and pronounce it the utter failure it was. Turns out, in the local case “strip-it-down, build-it-back-up” has little to show for itself.

Sure, 90-loss seasons produced the draft picks that got Nick Senzel and Hunter Greene. Credit Rebuild for Luis Castillo, although every deal with that Marlins clown show comes with an asterisk. Acquiring Eugenio Suarez for Alfredo Simon wasn’t really part of the Rebuild. That was a standard industry swap between two teams hoping to contend in 2014. The Rebuild came up with Brandon Finnegan, Dilson Herrera, Scott Schebler, Jose Peraza and the four Yankees for Aroldis Chapman.

Instead, the 2020 Reds have been built by aggressive trades, disciplined non-tender decisions and $140+ million of Bob Castellini’s money. And all of that was built on the foundation of a modern front office and coaching staff.

It took way, way too long and not one, but two terrific off-seasons.

Last year, the Reds front office made four trades for starting pitchers. It signed Sonny Gray to a significant contract extension. The new coaching staff for pitchers, armed with data and technology, produced swift and large gains in development. In a single year, the Reds cut more than 100 runs off their Runs Allowed total from 2018 to 2019. The pitching staff jumped from #21 out of 30 in xFIP to fourth.

But one excellent offseason wasn’t enough as the Reds offense slumped badly. The night the Reds 2019 season came to its merciful conclusion, we knew for this offseason to be a success, the front office would need a daring and aggressive Get The Hitting plan that matched the audacity and success of Get The Pitching the previous year. That, and spend every last available penny of Castellini’s money and then some.

The front office didn’t rest on its pitching laurels, either. It brought in starter Wade Miley and traded for swingman Jose De Leon. It signed several new relievers (Justin Shafer, Josh Smith, Tyler Thornberg, Nate Jones) to compete for a spot in an already strong bullpen.  As a further investment in cutting-edge pitching instruction, the club hired Kyle Boddy, founder of Driveline Baseball, this offseason. Boddy will spread data-driven teaching throughout the organization.

The past few years, mentions of The Next Good Reds Team have been nervous jokes, even mocked with the trademark symbol. Truth is, the Reds were never really close enough to being good to talk about it seriously. But hey, look. There’s a suitable team here now, at least one worthy of earnest conversation.

Yes, there are many more decisions to make and moves to execute. What’s the solution at shortstop? What about the Castellanos opt-outs? Aren’t Trevor Bauer and Anthony DeSclafani leaving in a year? Doesn’t this club still need more help in the bullpen? And so on.

When Walt Jocketty, Bryan Price and Jim Riggleman were the ones figuring out what to do, questions like those would rightly engender waves of anxiety.

But that changed with the partnership of Dick Williams and David Bell and their dynamic synergy. Bell’s hiring in October 2018 unleashed a seismic pulse of positive change through 100 Joe Nuxhall Way, including buy-in at the top. The organization is now pulling in a modern, unified direction. Sure, they’ll make mistakes. And good moves don’t always work out (see Wood, Alex).

But Williams, Bell, Nick Krall and their staffs are earning the benefit of the doubt they’ll get to smart, informed answers. One might even say they are the next good Reds team, because they’re already here.

Hypothetically who could the Reds add if they unloaded the farm right now?

I would think one of Lindor, Seager, Bogarts or Semien could be traded for and Will Smith, Wilson Contreras, Gary Sanchez, or another. Would that change your mind at all if the Reds put together a team projected to win the division the next two years and win it once or twice?

I disagree, as things stand today, that the Reds rebuild is a failure; I think the jury is still out on that. Tyler Stephenson, Nick Senzel, Hunter Greene, Jonathan India & Nick Lodolo are all of the top draft picks from the poor season 14-18. Those players outcomes are yet to be determined. Some amount of credit for picking higher in the later rounds as well as a higher amount of $ clubs can spend due to drafting earlier in the draft. ($$ available to sign Taylor Trammell, Jeter Downs, Lyon Richardson, Mike Siani, etc) some of which has resulted in Trevor Bauer, Sonny Gray, etc.)

I would agree the rebuild was a complete failure but I do think they’ve ended up with a good team. They botched the whole thing, it’s pretty remarkable they are at this point with the value they got from the Chapman and Cueto trades.

… the Chapman, the Cueto, the Frazier, the Bruce …

This is a great article but the headline means way more. This is the best Reds team since 2013. That team won 90 games yet finished third. The NL central is not as strong as 2013. This team is similar. Strong starting 5.
Deep lineup. Weakness at catcher and SS offensively. That team had a good bullpen and an elite season from Shin Soo Choo and May Latos.. Cueto was hurt. If this team stays healthy and the bullpen holds, 90 wins is possible. Go Redlegs.

2019 Traded Homer Bailey, Jeter Downs (50FV SS) and Josiah Gray (50FV P) for one year of Puig, Kemp, and Wood and utility guy Farmer. Traded Trammel (55FV OF) and Puig, Moss for 1 year and a couple of months of Bauer.

I’m honestly surprised people are so excited at the Reds front office. Sure, they have made a couple of good trades (Gray and Roark) and found a decent manager but for the most part their actions are similar to that of a bumbling front office with no plan other than to win now. Free agents in the same tier as Moustakas and Castellanos have been getting one and two year deals and yet the Reds decide to give them 4 year deals. To make matters worse, the Reds FO has a penchant for trading prospects for players with one year of control. They signed some averagish free agents who are now blocking promising young players like Mahle, India, Winker and Senzel. In an era where teams are getting younger, the Reds are bucking the trend and going older.

Last year they had a decent starting rotation and a Top 10 farm system. Now they have a one, maybe two, year window and another rebuild after that. I know I’m in the minority but I am starting to sour on the FO.

It was rebuild on the fly, then rebuild with young players under team control now it’s win now. Ownership does not have the stomach for a proper rebuild, more interested in “putting butts in the seats”. I (like myself) understand the frustration of ‘cellar dwellers’ Reds teams, but if this ‘quick fix’ does not yield a positive result, we are looking at years again in another rebuild then a another quick fix.

They couldn’t bring themselves to start the rebuild (2014) until they’d lost a lot of value. From 2016-2018 they were pretty close to scorched earth rebuild. But Walt Jocketty was still in charge for much of that time or shared. Dick Williams was inexperienced and didn’t have a solid grasp yet of how to build a team. They made several serious mistakes. By the end of 2018, they were so frustrated with the slow/non-development of the young pitchers, they changed strategies. Can’t say that I blame them.

Life itself, can be like a rebuilding baseball team, then turning into a very good one. I’ll leave it at that.

As a Reds Fan since the early 60’s I have been privileged to have witnessed the good and great teams of the past.although I have relished the memories of these teems, I don’t wish for a return to the teems of the past but am looking forward to,like yourself,this next good team of this year right now.