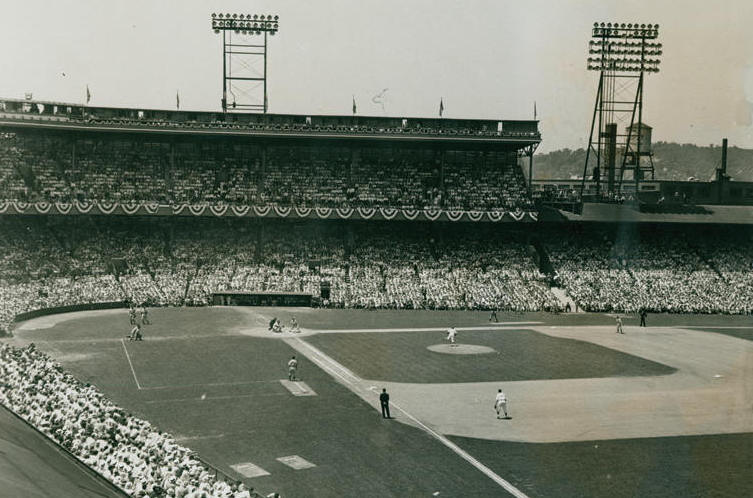 [This post was submitted by long-time Reds fan Jim Walker, who has written about the Reds for several years. Thanks, Jim!]

Triple plays are among the rarest events in baseball. Baseball Almanac’s all-time triple play chart records the Reds have been involved in just 57 triple plays since 1900, 26 to their advantage versus 31 against them.

On Friday October 2, 1964, the penultimate game of the 1964 season, the 15-year-old version of myself was at Crosley Field and witnessed probably the most devastating of those 31 triple plays turned against the Reds. It was key in a Reds 4-3 loss. This loss coupled with a loss in the season’s final game left the Reds one game short of a tie for the National League pennant.

An Unexpected  Race to the Wire

In 1964 there were 20 MLB teams in 2 leagues of 10 teams each. Divisions within each league did not yet exist. The regular season champions of the National and American leagues met in the World Series. Everyone else went home for the winter.

With just a dozen games to go in the season, the National League crown appeared to belong the Philadelphia Phillies who led the St Louis Cardinals by 5 games and the Reds by 6.5. But inexplicably the Phillies collapsed, dropping 10 consecutive games including three-game sweeps to the Cards and Reds both of whom mounted long winning streaks concurrent with the Phillies collapse.

Friday October 2 saw the Cardinals in first place by half a game over the Reds and 2.5 games over the 3rd place Phillies. The Cardinals were ticketed to start a three-game series with the Mets in St Louis to close out their season. The Reds and Phillies would be playing each other in the final two games of a three-game series which had started the night before with a Reds win and featured an unusual Saturday off day in the middle of the set.

The atmosphere among the gathering crowd at Crosley Field matched the intensity and anticipation I later experienced at playoff games in Riverfront Stadium.

The Reds had stubbed their toes with a couple of tough midweek home losses to the Pirates ending their win streak and interrupting their surge toward the pennant. In particular, fans snapped off the transistor radios hidden under pillows and cried or cursed (or both) into the pillows after the 16-inning 1-0 loss to the Bucs on Wednesday September 30 which dropped the Reds into 2nd place a game behind the Cardinals.

Nonetheless, the Reds bounce-back win in the series opener versus the Phillies on October 1 buoyed and reinforced belief among Reds fans that their team would finish with a flourish. And somehow the baseball gods would see their way clear to allowing the lowly Mets (losers of 109 games in 1964) to beat the Cardinals in at least one of the three games between those teams.

The Reds would either win the pennant outright or tie Cardinals and win the tie breaker playoff. Count on it. Reds manager Fred Hutchinson in the final throes of his battle with lung cancer was owed no less. This circumstance drove Reds fans to believe, including this 15-year-old sitting in the left field box seats on October 2.

The Reds wasted no time in jumping to an early lead. Pete Rose’s walk, a sacrifice bunt, and ground out set the table for a Frank Robinson RBI double to give the Reds a 1-0 after one inning.

And thus things remained as the game moved to the bottom of the fourth with numbers 3/4/5 in the Reds order, Vada Pinson, Frank Robinson and Deron Johnson scheduled to bat. Pinson and Robinson are still known to Reds followers; not so much Johnson. Johnson was a right-handed hitting slugger whose game was made for the hitter friendly LF and CF dimensions of Crosley Field. His 1964 OPS of .798  (119 OPS+) featured a .472 slugging percentage.

Following a Pinson walk and Robinson single to open the Reds 4th inning, Johnson came to the plate with runners at 1st and 2nd as the crowd rose loud and bursting with anticipation, poised to explode in ecstasy.

Deron Johnson did what he was supposed to do. With the runners in motion on a pitch, he launched a line drive toward the LF gap. If it had been hit a decade later, Marty Brennaman would have called it an absolute frozen rope.

No more than a couple of hundred feet in front of me, the Phillies left fielder, a man also named Johnson (first name Alex) took off in pursuit of the ball. But no one in the park, save perhaps the Phillies players, thought Alex Johnson had the slightest chance of catching up to Deron Johnson’s frozen rope. The Reds third base coach was windmilling Pinson around third. Robinson with the play in front of him took a look to left rounding second and headed on to third at full speed.

Meanwhile, Alex Johnson, a man known for his bat and not his glove, traversed the infamous Crosley Field terrace upward as he raced across it laterally toward the oncoming baseball. As Johnson and the ball converged, he took a running leap at the ball with his gloved left hand and arm extended, much like a football receiver reaching to grasp a pass high and wide probably beyond his grasp.

Moving only my eyes, I shifted my focus between the infield and Alex Johnson’s pursuit of the ball. At the moment when the ball and Johnson met, I locked on Johnson; but, my view of the ball was obscured by his stretching leaping body. I thought I saw the ball shoot by him, perhaps deflecting off his glove or arm as if it had cut back hard into him at the last instant. But my eyes couldn’t locate the ball anywhere behind him.

Voices around me were calling out. “He caught it! I think he caught it!”  Somebody else was saying “Yeah, I don’t know how; but, he actually caught it!”. (And yes, some groaning expletives are deleted here).

Looking back to the infield, the dots were being connected to complete the triple play. Pinson stared from the home plate side of third still unbelieving as the ball was relayed to second to double him off. Robinson looked incredulously over his shoulder as he dutifully started to retrace his steps then finally pulled up to watch as the relay into second went on to first to triple him off completing the play. That’s 7-6-4-3 if you’re scoring along with us.

From a seemingly certain two runs in and a man on second with no outs, the Reds were instead out of the inning with nothing across. I don’t recall a collective sigh or groan from the crowd, just a period of buzzing followed by deflated silence as the reality took hold.

History records the Reds eventually scored 2 more runs to take a 3-0 lead into the 8th inning. The Phillies however put together an improbable 4-run 8th inning and held on to win 4-3. I recall nothing of the Reds two additional tallies but have vivid memories of the disastrous 8th inning. That’s a story of its own for another time. [Game Box Score]

In St Louis, those lowly Mets incredibly defeated the Cardinals in the first two games of their series leaving the Cards and Reds tied for 1st place with the Phillies just a game back with one game left for all three teams.

On the final day of the season, the Phillies beat the Reds by a 10-0 count. The Reds and Phillies were left waiting for the outcome in St Louis as a Cardinals loss would result in a 3-team tie for the pennant. But Cardinals defeated the Mets 11-5 to win the pennant outright.

The Reds would not win the pennant until 1970. For the Phillies it would be a decade longer, in 1980.

Thanks to Baseball-Reference for its game data. 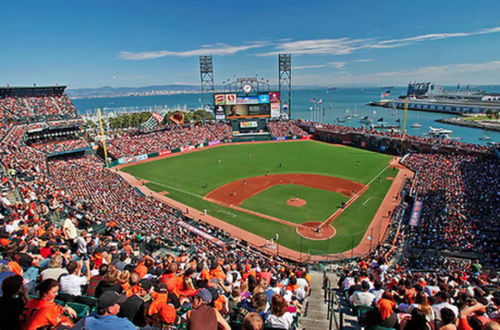 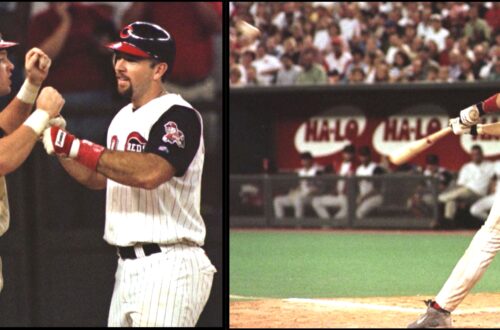 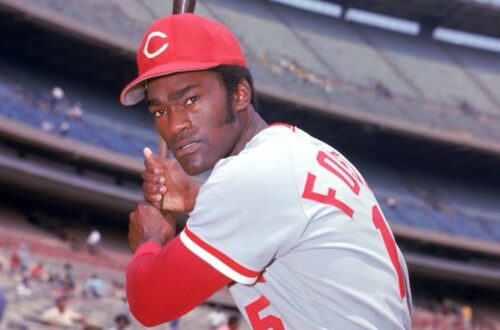 Great account, JIm. I wrote an article about this game and that triple play a few years ago, from a somewhat different perspective for Redleg Nation. You made several detailed comments about my RLN article, about how that play and another key play (that started the 8th inning meltdown) looked from your vantage point at the game. I was 13 years old at the time, and that loss was the most heartbreaking in my 60+ years as a Reds fan who is upset by every single Reds loss every season. No other loss even comes close.

“Fans snapped off the transistor radios hidden under pillows and cried or cursed (or both) into the pillows after the 16-inning 1-0 loss to the Bucs on Wednesday September 30.” I was one of those fans listening on a radio under my blankets so my parents couldn’t hear. I lived in Connecticut but could hear Reds games late at night. As you say, I cried after, not a curser at that age. Bob Veale struck out 16 in 12 1/3 innings, allowing 3 hits but he walked eight and the Reds had plenty of chances. Maloney struck out 13 in 11 innings and walked only two. On RLN a fan who was at that game said that between innings of pitching Veale was standing at the edge of the dugout, smoking a cigarette.

Steve recently asked me to write about a Reds memory and I will write about that game again, from yet a 3rd perspective. Steve said to emphasize personal memories, which I certainly will but I’ve ordered the book “Fred Hutchinson and the 1964 Cincinnati Reds” by Doug Wilson, and it will no doubt have some tidbits which I’ll add.

PS By “will write about that game again” soon, I meant the Friday night loss to the Phillies (not the loss to the Pirates): why I said from a “third perspective”. For one thing, the 8th inning meltdown was a tragic and ugly story in itself. And Fred Hutchinson was a remarkable man, loved and feared by his players, but especially loved.

I wasn’t quite sure which game you meant. I’ve got some pretty strong takes on that 8th inning. It was all right in front of me; and. I wasn’t needing to try and track locations at the opposite sides of my field of vision as with the triple play. l’ll save them for comments to what you put up.