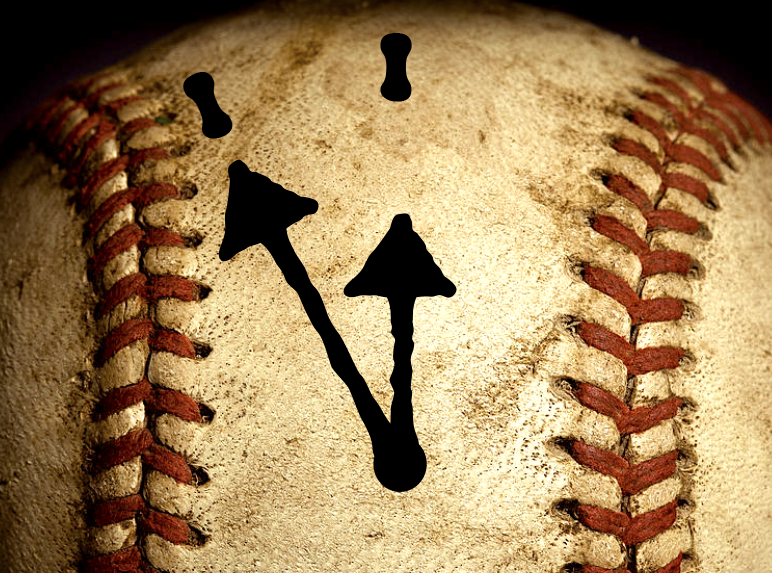 On Tuesday afternoon, Major League Baseball delivered a revised economic proposal to the MLBPA that calls for salary cuts beyond those outlined in the March agreement. Under the revised proposal, players’ prorated salaries (already cut by the number of games played – loosely half) would be further reduced on a progressive scale. Players making less than $1 million would recover more than 80% of their prorated salaries. Those at the top would take the biggest hit. Mike Trout, the current top earner in the game, would make roughly $5.7 million of his $37.6 million dollar contract.

In the labor relations world, it is not unusual to see an aggressive first offer. Research has long found that parties can improve their individual outcomes by exaggerating their opening positions. It’s expected; it’s part of the dance.

Even with this in mind, the owners’ initial offer is close to a declaration of war. The gradual pay scale is designed to divide the union by turning the majority of players, 65% of whom earn less than $1 million a year, against headline players. Dividing the membership along lines like this is a typical hard-ball labor relations tactic.

In collective bargaining for industries outside of professional sports, health insurance is an area where this divide-and-conquer strategy occurs since the health interests of older union members differ significantly from those of younger members. It is not unusual for management to offer higher pay increases that younger, less compensated workers desire in exchange for cuts to health plans that disproportionally affect older workers.

The employer’s aim in using this strategy is to gain a contract or blunt the threat of a work stoppage. A union’s leverage is all about the ability and willingness for the whole bargaining unit to stick together. Unions aim for roughly 90%-95% support when deciding if they should engage in a work stoppage. Short of that mark, the risk of labor action collapsing and doing long-term damage to the union is too high. Work stoppages are a powerful weapon, but if you swing and miss, that weapon – or the threat of it – becomes less effective in the future.

As any of my students should know, this would not be a strike. A strike is when the union initiates the work stoppage. That would not be the case here; the union already has the March agreement. In the current scenario, the owners would be demanding that the players accept new terms in order for the owners to allow the season to occur.

The players’ response suggests that they believe the rank-and-file are ready to sit out 2020. Last night, Max Scherzer, one of the eight members of the MLBPA’s executive committee, tweeted that there was “…no need to continue to engage with MLB in any further compensation reductions.” Scherzer’s message is clear: the players think the owners are lying about the economic effects of playing games without fans. Teams have made public statements that have amplified this distrust. For example, Tom Ricketts, owner of the Chicago Cubs, stated that 70% of the team’s revenue comes from gameday operations. This statement seems nearly impossible and will drive the parties further apart.

You may be wondering: why is there so much disagreement regarding the league’s financials? Why can’t both sides just look at the financial information and come to an agreement? Under U.S. labor law, owners are not required to disclose their general financial information to the union. Unions are entitled to the information about their members (pay, years of service, etc.) but must rely on their own research in order to estimate MLB’s financial situation. This changes in the event that MLB makes an “inability to pay” argument, as opposed to being “unwilling to pay.” If you claim that it is impossible – financially – to meet the union’s demands, then you have to open your books. If you simply won’t agree to union’s proposal, the books stay closed.

As the negotiations progress, it is important to keep in mind that the owners and MLB have diverging interests within its own group. Owners may have different financial needs in the short run. MLB will be hesitant to end its 25 years of labor peace. Baseball only recovered from the 1995 strike by looking the other way when players started blasting home runs at an alarming rate. Considering the political nature of a work stoppage today, the damage could be even worse for the league long-term. Owners have seen 17 consecutive years of record revenue growth and may come to the conclusion that a fight over 2020 is not worth a labor war that could permanently bend their revenue curve.

To see how this plays out, watch how baseball reacts to the union’s counteroffer. MLB’s aggressive opening may have been a probing depth-charge to see how much solidarity there is on the other side of the table. Think of it as a trial run for the coming collective bargaining negotiations. On the other hand, owners may not be ready to back away from their proposal and are willing to risk a labor war.

If there is a labor stoppage in baseball, let’s not confuse which side of the table caused it. The owners are attempting to force through changes that would normally take months — perhaps years — to negotiate under normal circumstances.

Given the need to start the season in just a few weeks if playing is to make financial sense and not run into December, there is little time for this back-and-forth to play out. Ownership starting negotiations with such an aggressive first offer will make finding an agreement more time consuming than if the league had started with a more collaborative approach. Loose statements, like those from Ricketts and pushing the PR battle that the players should accept “for the good of the game” will further divide the parties.

If MLB really wanted to fast-track these talks, they can always open their books. They won’t. These delays will be costly. The more games played, the more money to go around. It is much easier to buy labor peace than negotiate to avoid a labor war.

The arms control world uses a Doomsday Clock to represent how close the world is to catastrophe. For Major League Baseball and its fans, it’s five minutes to midnight. 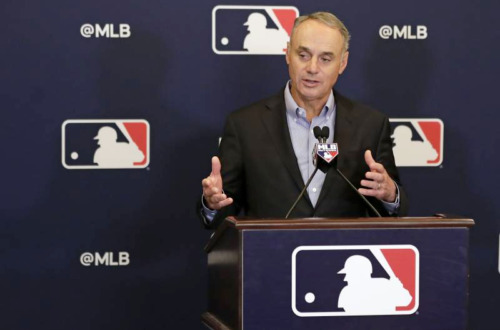 I am ignorant of labor law so thank you for this educational post. I was not aware of the “inability to pay” versus “unwilling to pay” issue. This was very interesting reading. I hope your tenured colleagues view RC+ as an “A-list” publication.

I will be pushing for RC+ to be included as a “A” publication when we revise our journal list next year. It is unusual for a new outlet to jump right to the “A” tier, but I think it has a good chance given the quality of the peer-review.

This is by far the most informative article I’ve read about the impasse, especially the owners’ “inability to pay” option.

The most inconsistent information out there on the web is what leverage Rob Manfred has.
He was apparently chosen by the owners because of his labor relations experience. One article said that the March agreement gave him the power to “unilaterally” dictate a return date. This was a factual statement, not an opinion, but it had to be wrong, what does it even mean ?
Other statements have been along the lines of “he can reach an agreement with Tony Clark” and the owners would (have to ?) fall in line. That doesn’t sound realistic either.
If he’s determined to see baseball played this year (which he should be) can he really do anything aside from trying to cajole the owners and players to find a compromise ?

I think you’re completely spot-on that there’s a lot of fuzzy information out there right now. It took me awhile to piece together what the March agreement actually did. Eugene Freedman, who serves as special counsel in the air traffic controller’s union, has been fantastic on twitter breaking down the different agreements. He’s a great follow on this stuff.

The March agreement went a long way to creating a stable framework for both the union and management. The union was worried that if the season was cancelled, players would not receive any service time. MLB was worried they might be on the hook for players’ entire 2020 salary. So they made a trade: players received a whole year of service time for a shortened 2020 season and prorated salaries while management was given the certainty that the PA wouldn’t litigate for the whole wage bill.

Additionally, the commissioner was given the unilateral ability to determine the “economic feasibility” of returning to play. This was a logical concession by the players because the PA does not have access to any of the teams’ books, making it hard for them to really know when it was or was not economically feasible to return to play. To protect the players here, they received a guarantee that if the season was cancelled, every player gets their 2019 service time for 2020.

It looked like wages and games were taken care of, all they needed to figure out was how to make baseball safe to play and the Reds would be well on their way to winning another World Series. What the owners are doing now is asking players to take a bigger pay cut *without offering anything new* in exchange. That’s the truly bizarre part. They’re asking something for nothing. Unless that changes, baseball won’t be happening in 2020.

Thanks for this, Mike, well done.

I nearly laughed out loud at the “for the good of the game reference.” When has the good of the game (which should include the fans and the ability to resolve these issues without strikes and work stoppages) EVER been a priority? Yet here we are, with the threat of a financial deadlock heaped on top of solving the health challenges if there is to be a season.

A generation ago, didn’t the owners try to belittle the players’ financial efforts by saying they should be thankful for getting paid to “play a children’s game” ??

Thank you for your kind words about the post. Work stoppages are strongly influenced back a lack of information. If the owners really want to prioritize “the good of the game,” sharing teams’ financial information with the players would be one of the best ways to ensure that strikes never occur in the future.

This is something I hope every fan takes forward from this labor dispute: If the players were making such an unreasonable demand, the owners could easily disclose their financial information to prove that the players are asking for too much. The owners won’t. I think that’s very telling.

What a great article. After having spent half my management career dealing with the IBT, the details here are so interesting to me. Currently I see division amongst the MLBPA, but Scherzer could be on point with his comments above. Tom Ricketts makes a ridiculous point. Very well done Mr. Maffie, we hope to see more from you. Wish I’d been one of your students.