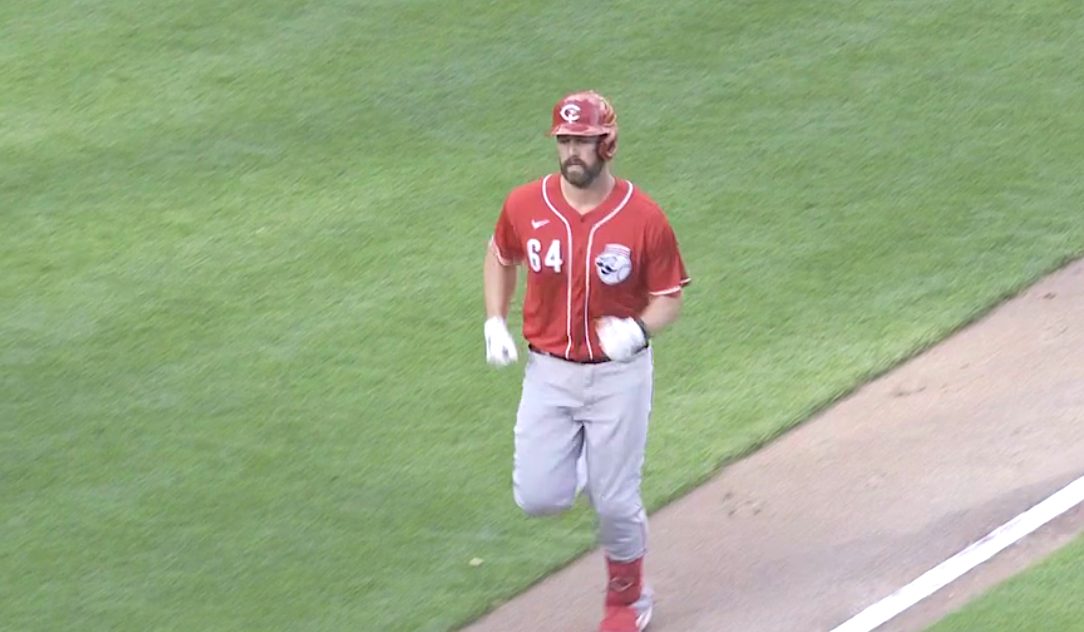 Didn’t see the first inning. Oh, and the batters are catching up to the pitchers.

Anthony DeSclafani worked four solid innings, piling up a bunch of strikeouts against Reds starting position players. DeSclafani had a nice 2019, making 31 starts for the Reds. His xFIP (4.30 vs. 4.48), K% (24.0% vs. 22.3%) and BB% (7.0 vs. 7.7%) were all better than league average for starters. He was also in the top third in xwOBA and xERA. He looked in regular season form today. Here are a few of his pitches today:

Throwing it past Nick Castellanos.

Then locking up Castellanos for strike three.

Amir Garrett got rocked for 3 runs. Gave up homers to Tyler Stephenson (opposite field) and Jonathan India (left-center).

Pedro Strop still struggled with his control a bit, especially on his breaking ball, but today was his best outing of the training camp,

Justin Shafer didn’t help his cause today. He gave up two singles, a homer and two walks in his inning of work.

Raisel Iglesias gave up a bomb to Eugenio Suarez, but the Reds reliever had his moments today, too, with a pair of strikeouts.

Tyler Stephenson showed big opposite field power with a home run blast to right-center off Amir Garrett. Later he walked. I know that moment is not right this minute, but I look forward to watching Stephenson play as the Reds starting catcher.

Jonathan India homered for the second day in a row. Both off pitches up in the zone. Today off Garrett, yesterday off Lucas Sims.

Tucker Barnhart homered to deep left field off Anthony DeSclafani. He’s having a nice training camp at the plate. This was the one blemish on Disco’s day.

Mark Payton was playing CF and made a nice play charging hard toward the infield and diving to take a single away from Boog Powell. Payton is playing for his Cincinnati roster spot. Being able to cover CF would be a huge plus.

Manager David Bell said he was going to “practice” pinch hitting by inserting players into the game for single at bats. He’s doing that in service to his strategy of loading up the active roster with hitters for that purpose. He did it four times that I saw today. Matt Davidson was matched up twice with left handed pitchers, Amir Garrett (single) and Jesse Biddle (home run). Shogo Akiyama batted against Pedro Strop (ground out). But the one I didn’t understand was using Phil Ervin against RHP Justin Shafer. That’s the weak side of Ervin’s split. Hard to see him being an improvement over anyone on that side. Ervin hit into a routine double play.

Davidson is playing himself into a bench/DH role to hit against LH pitchers. He’s been 20% better than average in run creation on that side. Though a good friend of mine who is a fanatical White Sox fan says Davidson’s high K% (30+% vs LH) will disappoint.

Josh VanMeter, who was playing first base, made a nice defensive play to rob Travis Jankowski from extra bases.

Eugenio Suarez hit one eleventy bazillion miles off Raisel Iglesias. This may or may not have been the actual flight path. 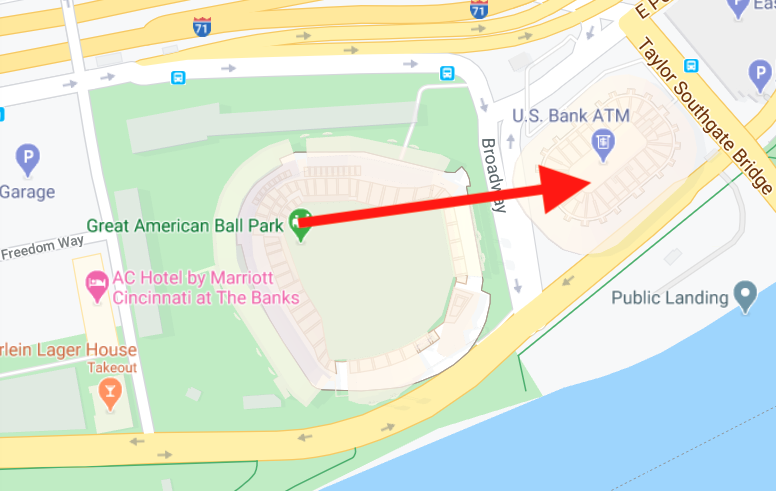