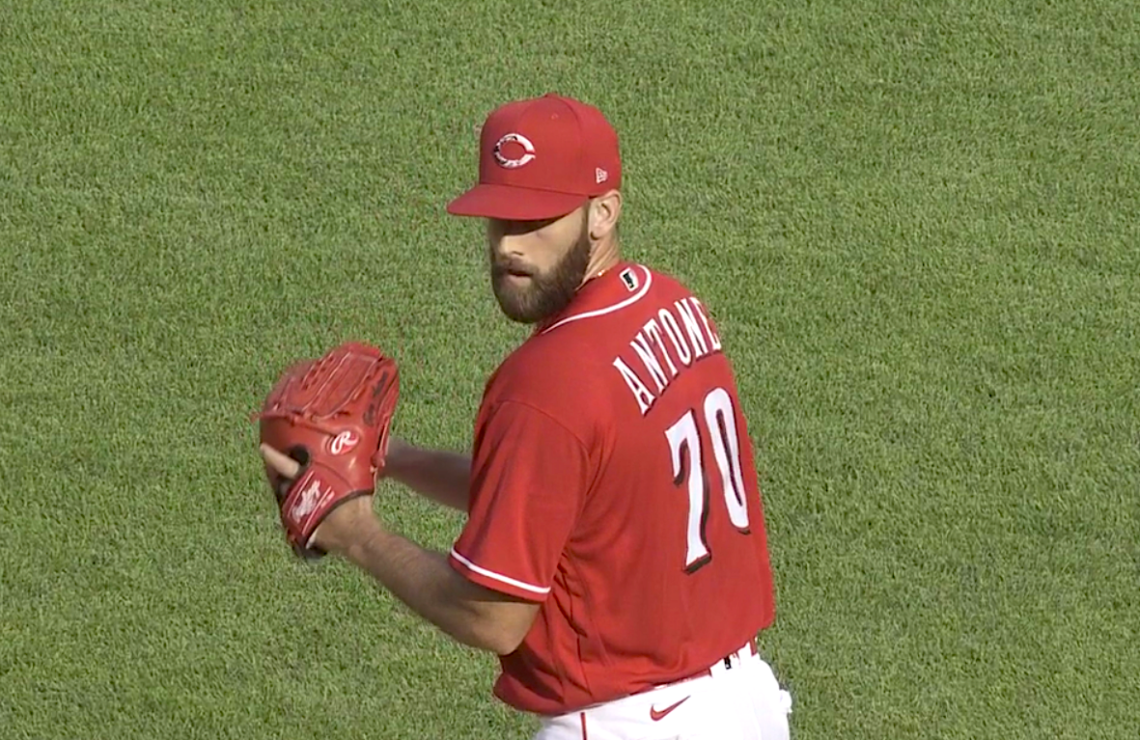 The Reds played a rain-shortened 4-inning intrasquad game tonight. Reminder that it’s useless to draw conclusions about the regular season based on one game, let alone a preseason game. But we saw what we saw.

Tejay Antone started for the GABP team and pitched three strong innings. Antone is a 26-year-old starter who the Reds drafted out of Mansfield, TX in the 5th round in 2014. Antone has progressed steadily, other than the year-plus he missed due to Tommy John surgery. His xFIP in the minors has been 3.20-3.50 for the most part. Last year, he made 13 starts at AA-Chattanooga and 13 at AAA-Louisville. In his final two appearances for the Bats, Antone pitched 14 innings, walking one and striking out 19. Tonight, he struck out 6, walked 3 and gave up no hits. Antone controlled his fastball and his slider had a sharp, big break. He was pitching against second-team players, but was impressive.

Trevor Bauer pitched all four innings for the Prasco Team, facing much of the Reds starting lineup. Other than one inning, Bauer was effective. Both walks he gave up were to Nick Castellanos. Bauer struck out two. In the second inning, the GABP Reds strung together a walk, a Jesse Winker double to deep left, a sacrifice fly by Freddie Galvis and a long home run by Francisco Peña.

Brooks Raley pitched a clean inning for the GABP team.

The game was short, so there wasn’t much in the way of box score compilation. In seven of the eight half-innings, the offenses were shut down.

Jesse Winker hit a long double off Trevor Bauer, one that I bet Bauer thinks someone should have caught.

Here’s the Francisco Peña home run which, based on the camera operator’s tracking, must have been a long one.

I’d mentioned a few days ago that the Reds had worked on turning double plays from the 3-on-one-side defense. They got a chance to execute one today and got the turn right. Jesse Winker grounded to the traditional 2B spot which was manned by the shortstop. The defender pitched it to the 3B who was playing in the shortstop position. And yeah, I wish I’d captured the video and knew who the players were for sure, but I didn’t and don’t. Some combination of Kyle Farmer, Alex Blandino, Josh VanMeter and Christian Colon.

Phil Ervin had a chance to make a play at home on a fly ball to medium left field and his throw was weak. We saw several like that from Ervin last year, too. Given the tough competition in the Reds outfield, his arm might be a significant liability in terms of playing time. Judge for yourself. 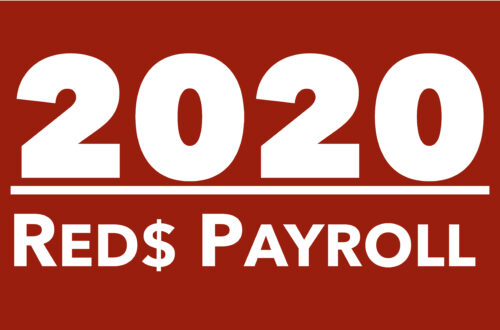 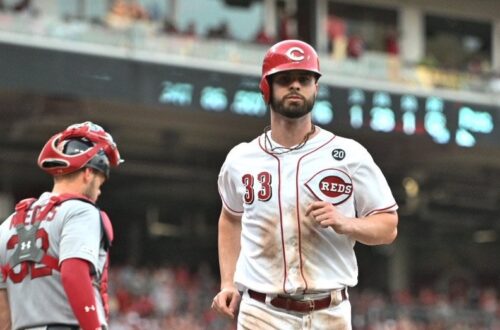 Should the Reds pinch-hit for Jesse Winker? 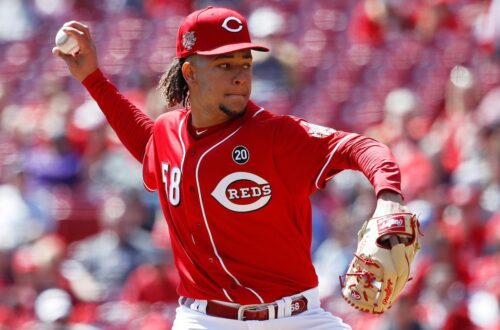 Reds come up with doubleheader split they can’t afford

Thanks, Steve. Ervin made worse throws than that last year. With a runner on 3rd and a fly ball hit to him in shallow LF, the runner would always go, and I don’t recall a time when he was thrown out.

But as much concern as there is about the OF defense this year, I don’t think it can’t be as bad as last year, when IFers like Peraza and Van Meter were putting in a lot of innings in the OF.

I’m going to mostly agree, but I do have concerns about Castellanos resisting the DH.

Don’t forget Dietrich. OK, he wasn’t out there as much as Peraza, and Peraza also was in center a few times. Whatever Dietrich’s offense provided, he was no prize in left field either.

Castellanos seems made for DH. But then, so does Winker. … I hope Bell plays Castellanos at DH most of the time, despite the player’s desire otherwise, but rotates a few other guys through there as well. I’m not sure there is going to be a great market to lead Castellanos to opt out after this season, anyway.

On Winker’s deep double, I can’t see from the video whether it should have been caught.

It was well hit and would have been a tough play for either OF. Ervin backed off when he saw Jankowski.

Good write up Steve. That lazy fly ball for a double. And Ervin’s below average throw, ouch. I’m a big fan of Phil E tbh.