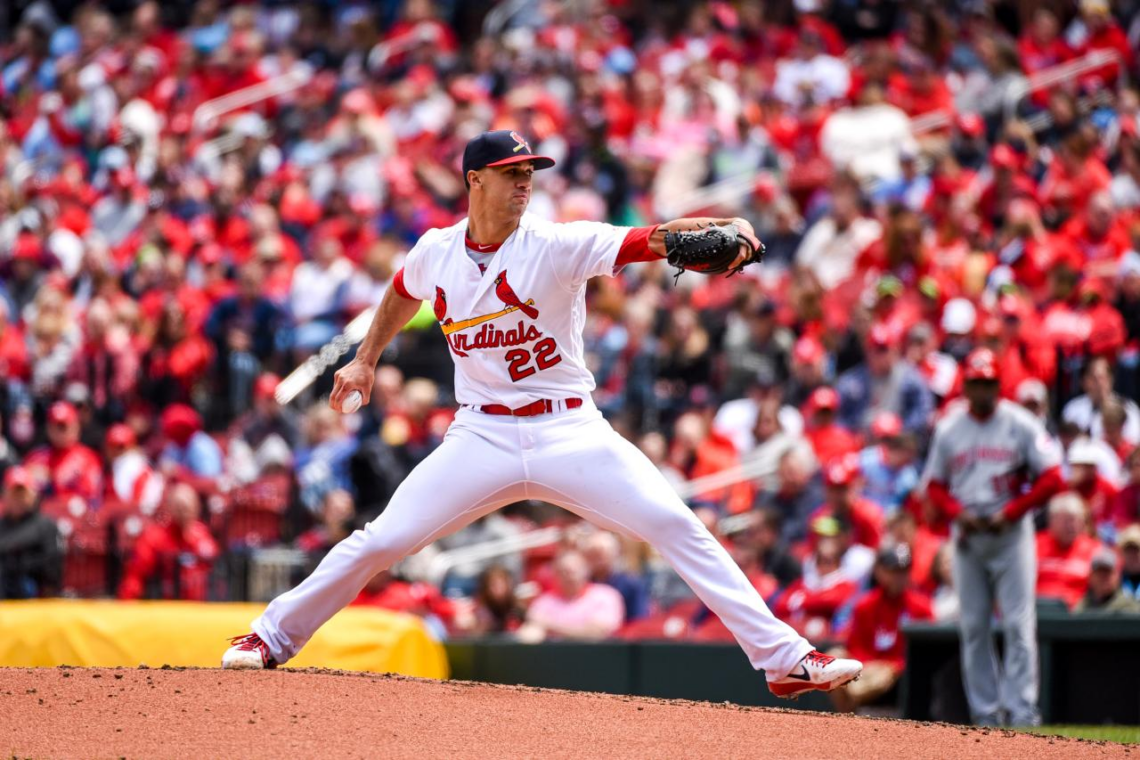 The Reds play the St. Louis Cardinals ten times in the 2020 regular season. Seven of those games will be in St. Louis and three at GABP. The first series takes place in mid-August. Last year, the Reds went 7-12 against the Cardinals.

Much as it pains Reds fans to admit it, the Cardinals are a superbly run organization, starting at the top. The club’s owner Bill DeWitt Jr. lives in Cincinnati and purchased the Cardinals in 1995. He is data-driven and was an early believer in and adopter of modernized systems to evaluate and develop players. The Cardinals haven’t posted a losing record since they went 78-84 in 2007 and fired general manager Walt Jocketty. By comparison, the Reds have had three winning seasons since 2001.

But over the past half-dozen years or so, organizations in the NL Central and elsewhere copied the Cardinals innovative analytical systems and caught up. Only once in the past four years have the Cardinals made the postseason. They finished third in the division in 2017 and 2018.

2019 was the first full year the Cardinals were managed by Mike Shildt. Shildt had spent the better part of 15 years in the organization, working his way up the ladder. He had been a regional scout, part-time minor league coach, minor league hitting coach, minor league manager at three levels, quality control coach for the Cardinals, then bench coach in 2018. He took over in that role from David Bell, who had been Mike Matheny’s bench coach for three seasons. Bell had left to take a VP role with the San Francisco Giants. Matheny was fired in the middle of the 2018 season and Shildt was named interim manager. He was promoted to manager for the 2019 season.

The Cardinals finished 91-71, winning the NL Central by two games. Mike Shildt won NL Manager of the Year. They beat Atlanta 3-games-to-2 in the NLDS before being swept by the Washington Nationals in the NLCS.

After a quiet offseason, the Cardinals will line up in 2020 much as they did in 2019. Ozuna left for free agency. Top reliever Jordan Hicks has opted out of the season. They re-signed Wainwright and backup catcher Matt Wieters. Their top new acquisition was RP Kwang-Kynn Kim out of South Korea.

In 2019, the Cardinals were 10th in the NL out of 15 teams in runs scored and wOBA. They didn’t add hitting in the offseason and lost Ozuna’s big bat. They’re counting on return-to-form seasons from Paul Goldschmidt and Matt Carpenter and continued development of Kolton Wong, Paul DeJong and Harrison Bader.

Here are the projected starting position players for the Cardinals.

Six of the nine Cardinals starters were drafted and developed by the organization. That’s a credit to their scouting and development programs. The Reds have four players (Joey Votto, Jesse Winker, Nick Senzel and Tucker Barnhart) in that category. The Cubs have 4-5 and the Brewers have 2.

While Goldschmidt, Tyler O’Neill and DeJong are home run threats and Matt Carpenter is just a year away from 36 homers, overall the Cardinals don’t hit for much power. They were 12th of 15 NL teams last year in ISO and Ozuna led the team in that category.

The Cardinals talk about the value of speed throughout the lineup, both for defense and taking extra bases. They were second in MLB in overall team base running in 2019.

The Cardinals will be excellent on defense, particularly up the middle. Wong won the Gold Glove at 2B last year. DeJong (SS), Bader (CF), Goldschmidt (1B), Jack Flaherty and Yadi Molina (C) were runners up in Gold Glove voting. Goldschmidt (3 times) and Molina (9 times) have been former winners.

The Cardinals rotation ranked #6 in the NL in xFIP in 2019. They benefitted from the team playing great defense behind them (reminder that the FI in xFIP stands for “fielding independent”). They were ranked #3 in the NL in ERA.

This is the Cardinals rotation at the start of 2020.

The 19xwOBA column shows the pitcher’s weighted on-base-average based on the average outcomes of the actual batted balls they gave up. It’s a great one-stop measure of how a pitcher pitched. The number before the slash is the raw xwOBA and the number following the slash is the percentile the pitcher was in.

Jack Flaherty at 24 is one of the best pitchers in baseball. His xwOBA compared with Luis Castillo’s last year. Carlos Martinez is the second-best arm in the St. Louis rotation. He’s struggled to remain healthy, but if he does, he’ll be the solid #2 pitcher. After that, the Cardinals rotation drops way off. Adam Wainwright, Dakota Hudson and Myles Mikolas are all bottom-third pitchers.

The Cardinals bullpen is filled with question marks. Losing Jordan Hicks was a blow. But he was due to return mid-season anyhow rehabbing from Tommy John surgery that cut his 2019 season short. His absence leaves the Cardinals with no clear closer.

Giovanni Gallegos has the top arm and was dominant at times last year. Ryan Heisley, Kwang Hyun Kim and Daniel Ponce de Leon could fill that role. Kim was an outstanding starting pitcher in South Korea and almost made the Cardinals rotation. Andrew Miller was a pricey free-agent acquisition who had a lousy (for him) 2019. Alex Reyes could play a big bullpen role but he’s returning from a positive coronavirus test. If Miller doesn’t bounce back from a sub-par 2019, the St. Louis bullpen could be a real liability.

FanGraphs puts the 2020 Cardinals at 31-29, which is tied with the Reds and one game behind Milwaukee and the Cubs. FiveThirtyEight projects has Cardinals 31-29, with the Reds and Cubs as 32-28 and Brewers 31-29. The Athletic power ranking is 9th for St. Louis, 10th Cubs, 12th Reds and 13th Milwaukee. St. Louis received the fewest votes among the four division contenders from ESPNs baseball writers. The CBS Sports staff has the Cardinals second overall.

The St. Louis Cardinals are the defending NL Central champs. They blend a mix of veterans, rising stars and defense-oriented players. Cardinal starting pitchers and relievers feature top-tier stars but others raise questions. The Yadi Molina and Adam Wainwright era may be coming to an end.

Get Your Thursday Off to a Great Stat: Best pitchers at limiting power hitting