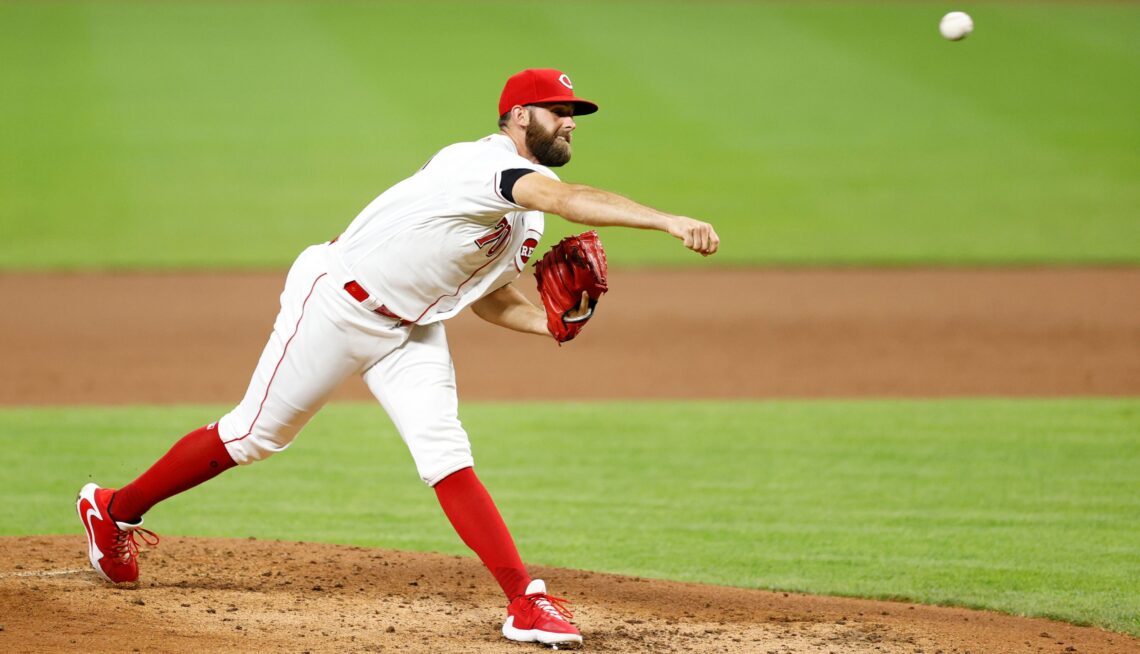 Pitcher Tejay Antone has been a bright spot in an otherwise disappointing 2020 season for the Reds.

Antone’s 2020 profile is as impressive as it is surprising. Through 16.1 innings pitched, Antone has a 1.65 ERA and 2.91 FIP and ranks near the top of MLB pitchers in a plethora of categories. 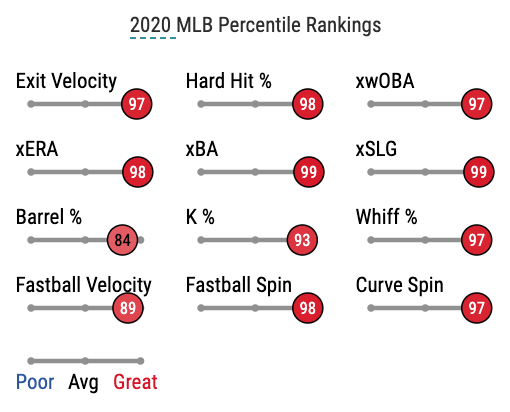 Antone has six appearances this season and has impressed in each one. One reason for Antone’s success has been his elite spin rate with his three main pitches – sinking fastball, curveball and slider. Antone does have a changeup but has only thrown it 8 out of 261 pitches exclusively to left-handed batters. Antone’s pitch profile is detailed by Steve Mancuso here.

Spin rate is important to understand as it affects the movement of a pitch depending on the axis of rotation, or arm slot of the pitcher. Antone throws in a traditional three-fourths arm slot meaning he will get more “side spin” compared to “over-the-top” arm slots that get a near-horizontal spin. The diagonal arm slot creates similar horizontal and vertical breaks, whereas over-the-top horizontal spin causes the pitch deflection to be in a more vertical position. For more detail about the effect spin rate has a pitcher’s performance read Matt Wilkes’ post from last season.

Here are Antone’s spin rates and how they rank in MLB.

Antone’s most impressive pitch is his Slider that runs away from right-handed batters and jams lefties with a whiff rate of 56.5% and a 0.072 xBA. A Slider will typically have more side-spin and horizontal movement than the Curveball which typically has top-spin. A higher spin rate for a Slider tends to translate to a higher whiff rate — particularly when paired with a Fastball.

Antone typically throws his fastball up in the zone. So when he throws his slider 11 mph slower than his fastball, hitters swing and miss at a remarkable 56.5% rate. 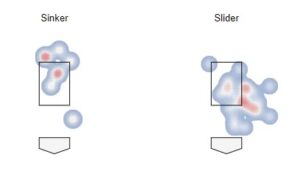 Antone has also increased the velocity of his sinking fastball along with his impressive spin rate. Antone’s FB averages 95.4 mph and has reached 98 mph. There is a positive correlation between increasing velocity and spin rate, but Bauer Units corrects for comparison between pitchers with different velocities for their fastball. A Bauer Unit is simply  BU= Average Spin Rate/Average Velocity. Bauer Units better enable pitchers to throw their fastball in the best location. Typically, pitchers with an above-average BU (MLB League Average=23.9 BU) should throw their fastball up in the zone to induce pop-flys and swings-and-misses.

Antone’s 27.69 BU currently implies he should be throwing in the middle/up of the zone – which he has – to create pop flies with hitters swinging under the ball. However, Antone is unique in that he has a 61% GB rate when throwing his Fastball because it sinks. The sinking fastball causes hitters to swing over the top of the ball allowing for easy groundouts at a near-league best Exit Velocity of 85.7 mph. His fastball of that velocity paired with an elite spin rate makes it a very difficult pitch to hit and fools batters who might be thinking it’s his slider.

Antone’s curveball also excels with 53.9 inches of drop (+2.3 vs AVG) and 16.9 inches of break (+7.4 vs AVG). The curveball gets majority topspin on the baseball, along with some horizontal movement, and typically a higher groundball rate. Antone’s GB rate of his curve is only at 25%, but it does have a higher whiff% than his FB (25.0% vs 23.5%). He only throws his curveball 11.5% of the time but will throw it down-and-away to RHB and down-and-in the LHB again masked behind his FB. The high spin rates of both his slider and curveball in his arsenal allow him to perfectly conceal these pitches behind his effective fastball.

Tejay Antone’s enhanced spin rate has propelled him onto the Reds active roster and to the top of MLB leaderboards. With Trevor Bauer and Anthony DeSclafani possibly leaving the Reds as free agents at the end of the season, Antone may have put himself in position to be a suitable replacement. It’s an important storyline to watch as the 2020 season goes on, with Antone possibly earning starts in upcoming doubleheaders.