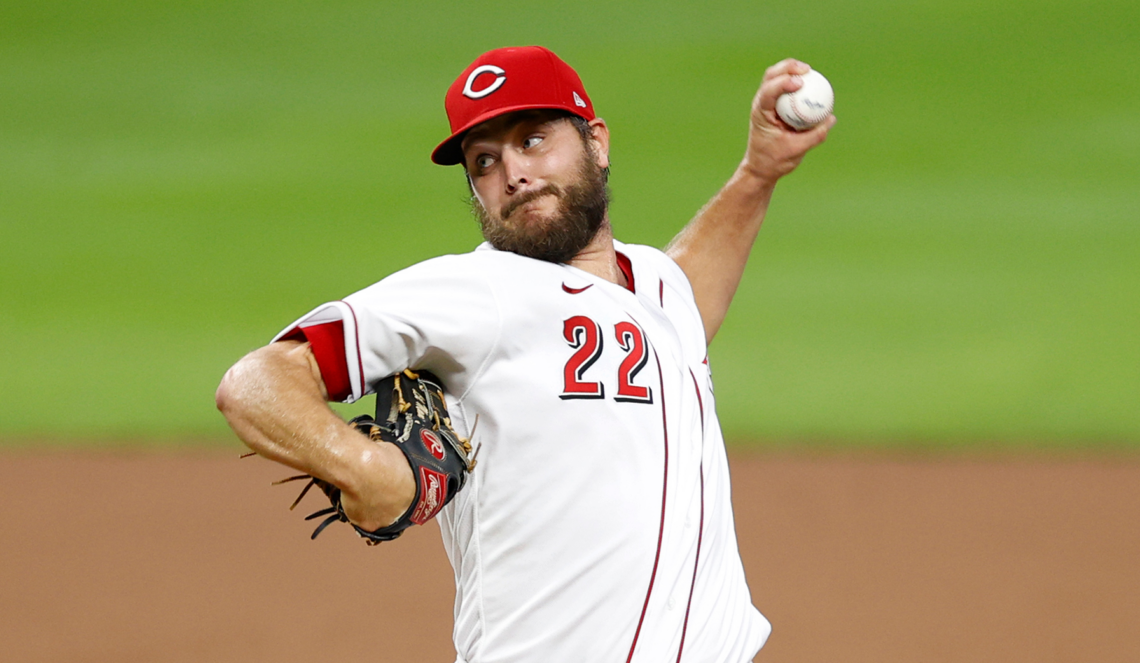 Undoubtedly, the weak spot in the Reds rotation to this point has been Wade Miley.

With the necessary caveat that it’s only 8.1 innings, Miley has a 9.75 ERA, 7.51 xERA, 6.04 FIP, and 5.65 xFIP in three 2020 starts. He didn’t make it out of the second inning in his first two outings. It’s not entirely unexpected — he is the No. 5 starter, after all. But with solid options behind him in Tyler Mahle and Tejay Antone, it’ll be important for Miley to get on track sooner rather than later if he wants to stay in the rotation.

The southpaw has stayed true to form in some aspects. He’s not punching hitters out, carrying a 17.4% strikeout rate (20th percentile) that’s in line with his career mark (18.5%). He doesn’t have exceptional velocity; in fact, his fastball has averaged 89.7 mph this season, down by 1.1 mph from 2019. But he’s excelling at limiting hard contact — crucial for any pitcher who doesn’t miss many bats and traditionally an area of strength for Miley. Batters are managing an average exit velocity of just 85.2 mph (90th percentile) and a hard-hit rate of 20.7% (97th percentile) against him. His 48.3% ground-ball rate is also above league average.

However, even weak contact can be dangerous. He’s allowed 13 hits in only 8.1 innings. The good news: he’s suffering from an elevated .429 batting average on balls in play (BABIP). In most cases, an unusually low or high BABIP will regress to the pitcher’s career average, which is .307 in Miley’s case.

So, it’s just some tough luck that can come with being a pitcher who pitches to contact, right? He’ll get on track when the luck reverses in his favor? Maybe, but that’s not the full story.

Miley has also endured some self-inflicted damage due to wildness. He’s walked seven batters on the year, equating to an unsightly 15.2% walk rate. Almost no pitcher can succeed when issuing that many free passes.

Aside from his cutter, Miley is really struggling to locate his fastballs in the strike zone.

And with his putaway pitches that aren’t always meant to be thrown in the zone — the changeup and curveball — he’s not getting batters to chase, a trend that started in 2019. 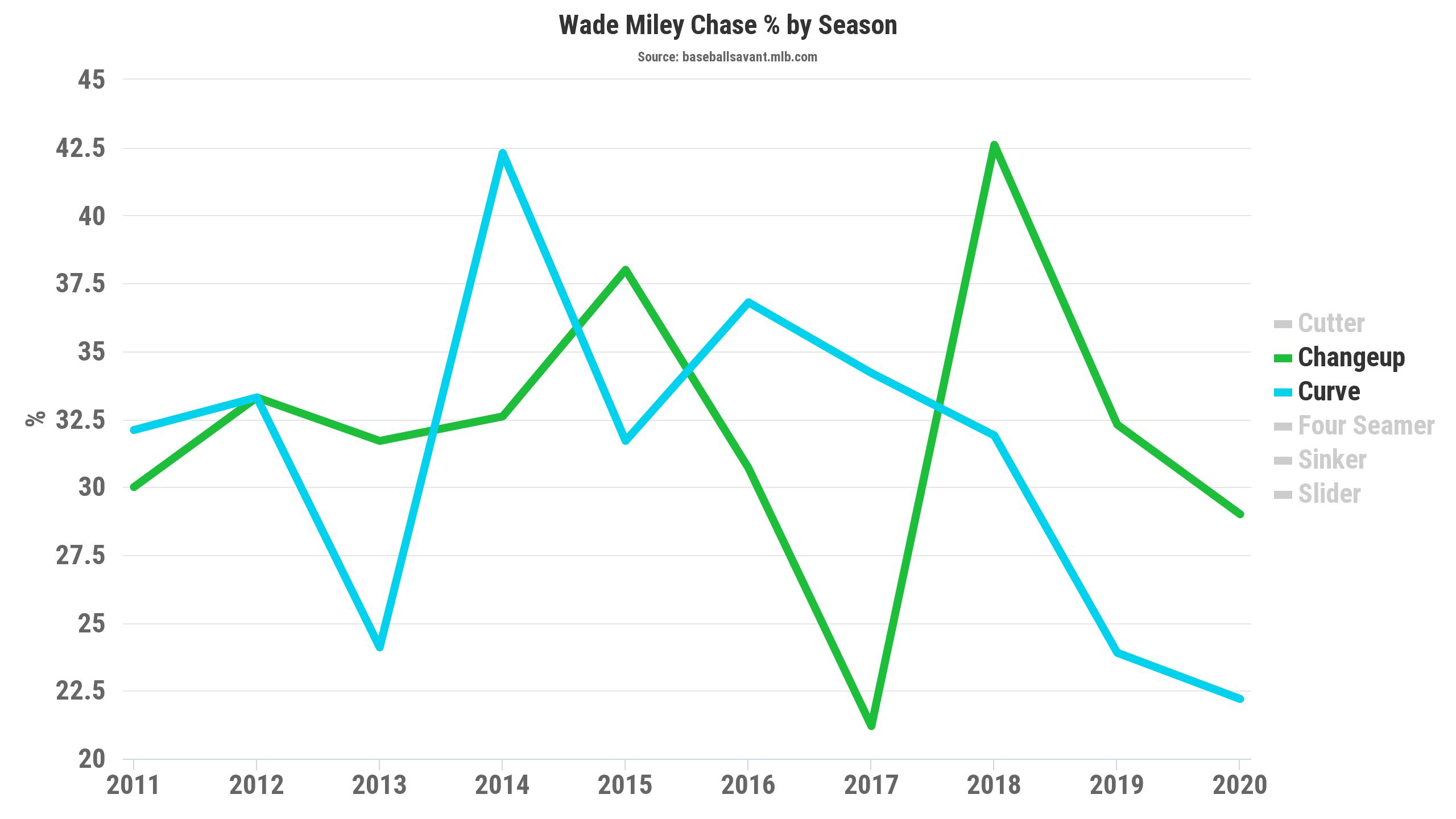 Batters are more content to swing at the cutter, Miley’s bread and butter.

He began developing it in 2017 and mastered it with the Brewers in 2018 under the tutelage of current Reds pitching coach Derek Johnson. It became his primary pitch, and he credited it with resurrecting his career after coming off back-to-back horrific seasons in 2016 and 2017. Here’s what he told the Milwaukee Journal Sentinel back in 2018:

“I kept doing the same thing and expecting a different result and finally I was just like, ‘I’ve got to make an adjustment.’ That’s what I came up with.”

The cutter fueled his comeback campaign with the Brewers. It was particularly effective against right-handed hitters, who could do next to nothing with its late break inside and pinpoint command. They hit just .194 (.246 expected batting average) and slugged a measly .333 (.334 xSLG) against it. When they made contact, it was a ground ball 62.2% of the time.

Right-handers managed a .341 xwOBA against the pitch, up from .285 in 2018. Batting average (.286) and slugging percentage (.429) both jumped against the cutter, and the expected stats did, too (.272 xBA, .419 xSLG). Part of that was due to a horrendous September in which he was tipping his pitches. However, his command was also not as sharp throughout the year. As the heat map below shows (2018 on the left, 2019 on the right), he left the ball up and over the plate with more regularity. As a result, batters made harder contact and hit fewer grounders (his ground-ball rate dropped from 62% to 53% against righties).

As we always warn here at RC+, don’t get too caught up in small sample sizes. While 2020 has continued a downward trend for Miley so far and he is 33 years old, 8.1 innings is hardly predictive of what’s to come. If Miley can clean up his command, he could be the No. 5 starter the Reds envisioned when they signed him to a two-year, $15 million deal last December.

His last start, while not brilliant, was at least a step in the right direction. Here’s a look at his cutter command (on the right) against righties compared to his first two starts (on the left):

Again, not perfect, but a vast improvement over his first two outings. If he doesn’t continue to display better command, though, the short season and the Reds’ fading playoff hopes may force David Bell to replace Miley with Mahle or Antone sooner rather than later. 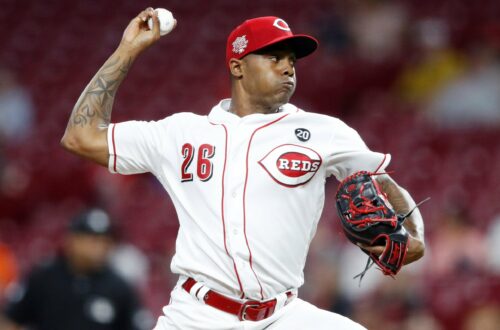 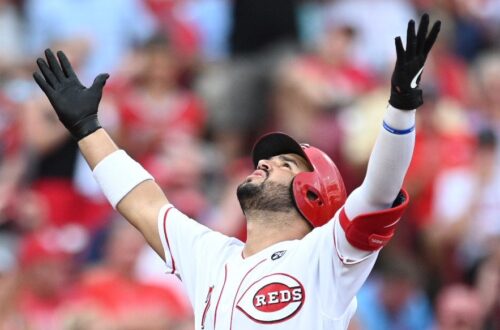 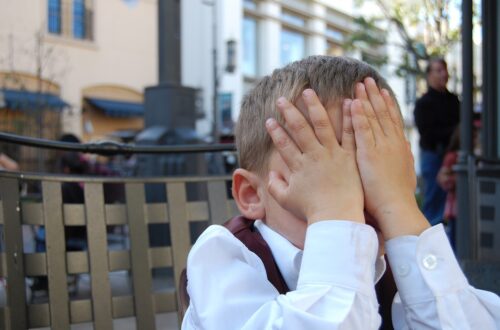