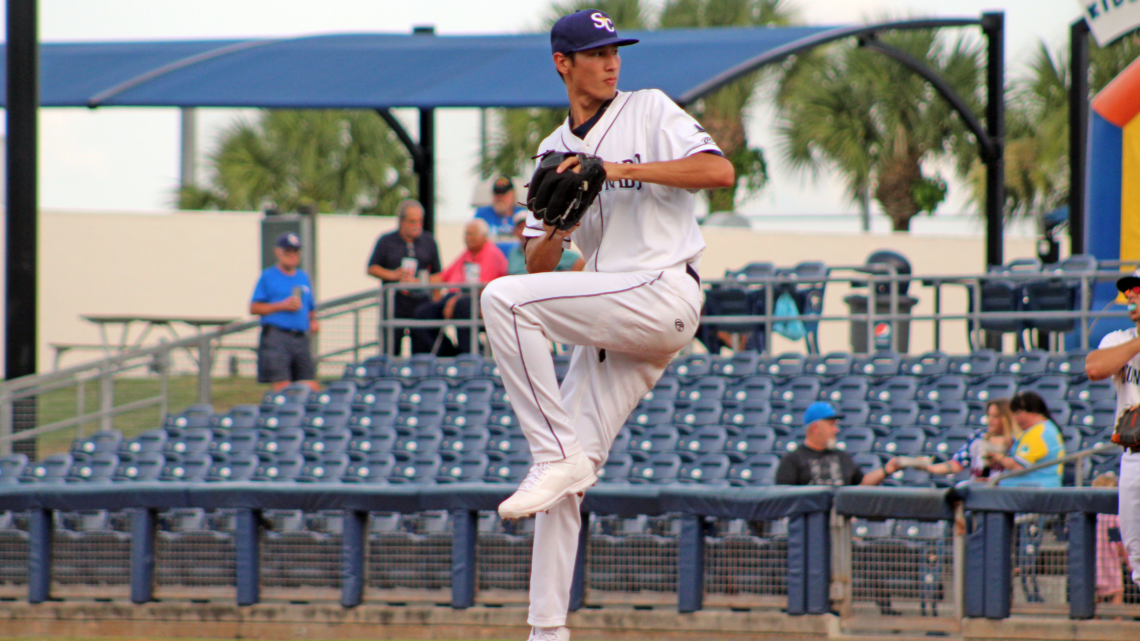 During last night’s win over the Cubs, the Reds announced they’ve acquired right-handed pitcher Riley O’Brien from the Rays in exchange for Cody Reed.

Reed had been designated for assignment earlier in the week.

O’Brien is 25 years old and slots in as the Reds’ No. 18 prospect, according to MLB Pipeline. He had been the Rays’ No. 20 prospect. Tampa Bay took him in the eighth round of the 2017 draft from the College of Idaho. After pitching in rookie ball the year he was drafted, O’Brien pitched across two levels in both 2018 and 2019, reaching Double-A last year before elbow soreness shut him down in July.

Standing at 6-foot-4 and 170 pounds, he’s a lanky right-hander who has steadily added velocity. Per MLB Pipeline’s scouting report, he can reach 97 mph with his fastball and sits between 92 and 95. Here’s what the Reds pitching coaches and coordinators will be excited about: he throws two high-spin breaking balls — a slider and a curveball — that show above-average potential. He also mixes in an average changeup.

Here’s a video of his delivery from spring training in 2019:

Although O’Brien has some issues with control, perhaps due to the inconsistent delivery seen in the video above, he can also miss bats. In 232 innings as a professional, O’Brien has a 2.83 ERA, 3.44 FIP, 26.5% strikeout rate, and 10.9% walk rate. He’s viewed as a starter for now, but could eventually move to the bullpen if he doesn’t develop better command. If he does develop stronger command, though, we could see him shoot up prospect rankings. Whatever happens, the Reds certainly added an intriguing young pitcher.

Here’s what Tom Nichols, broadcaster for the Dayton Dragons, had to say about O’Brien:

We saw O’Brien in 2018 with Bowling Green. He was not a big prospect at that time, but I remember thinking that he looked as dominant as any pitcher in the league. You looked at him and thought, “how was this guy an 8th round pick?” https://t.co/XrwuyAJ0kh

As I recall, O’Brien was topping out at 97 mph with an unhittable breaking ball against Dayton, showing stuff you expect from first rounders. He will be interesting to follow. https://t.co/WYaRDdrQbn

My call of Riley O’Brien against @DragonsBaseball in 2018. Thanks to @23Kerri for finding these two clips. As I said last night, I remembered being super impressed, and these confirm that. @nightengalejr @dougdirt24 1/2 https://t.co/XWf8DuRtnV

The second of the Riley ‘O’Brien clips vs. @DragonsBaseball from 2018. 2/2 https://t.co/JIYSDNcuLX

Also of note: O’Brien is eligible for the Rule 5 Draft in December, which means the Reds will have to add him to the 40-man roster or risk losing him. He’ll have about a month to state his case at Prasco Park.