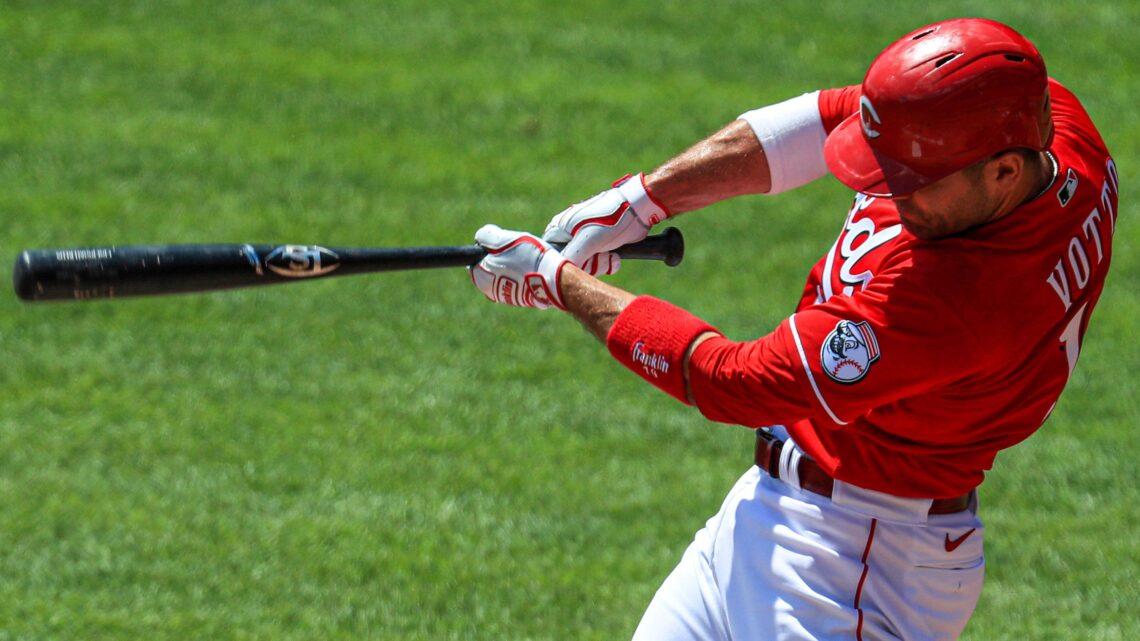 David Bell has published the Reds lineup for the first game in today’s doubleheader in Kansas City. At the top, you’ll find a new leadoff hitter.

Luis Castillo is the starting pitcher.

The Reds are facing right-handed pitcher Brad Keller, so it makes sense to use a left-handed leadoff hitter. Bell has been going with Shogo Akiyama at the top, but Votto has much better numbers all around than Akiyama:

Votto has walked in 18.9% of his plate appearances while striking out only 8.1%. Those wRC+ numbers mean overall Votto has been 16 percent better than league average in run creation while Akiyama has been 25% below.

Votto’s edge over Akiyama is even larger when looking at platoon splits vs. RHP:

The other possible choice for leadoff against a RHP is Jesse Winker. Winker (.484) is the only Reds player with a higher on-base percentage than Votto (.378). Bell has moved Winker up to third in the lineup.

Joey Votto is batting leadoff in Game 1 of tonight's doubleheader. The last time he hit leadoff was May 7, 2019, at Oakland when Mike Fiers threw a no-hitter vs. #Reds.

Votto has batted leadoff 16 times in his career. Once for Dusty Baker in 2008 and 15 times last season.

Mike Moustakas returns from the IL and bats 5th. He’s DH’ing in the first game but told reporters he’ll play 2B in the second game.

In the second game of the doubleheader, the Reds face another right-handed pitcher (Matt Harvey). It will be interesting to see how much Bell changes the lineup. Trevor Bauer starts for the Reds.

Votto’s plate discipline is still beyond elite.
I like Bell’s willingness to adjust the lineup. Would it not make more sense though to put Shogo in the 9 hole? Get some speed and hopefully developing OBP in MLB to turn over the line up.