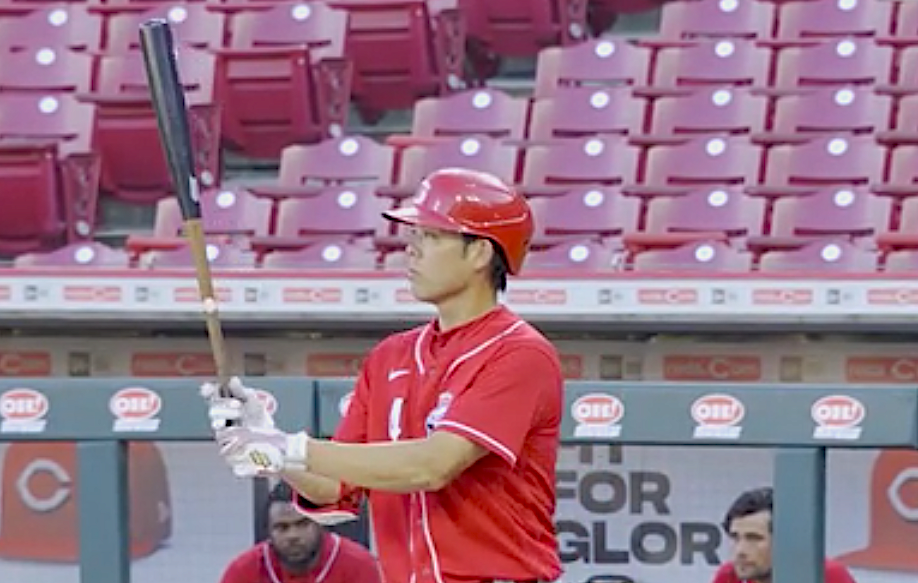 When the Reds signed outfielder Shogo Akiyama to a three-year, $21 million deal in January, he was expected to be an important piece of the 2020 team. As one of the best hitters in Nippon Professional Baseball for several years, the front office hoped Akiyama’s contact skills, plate discipline, and speed would translate well to Major League Baseball — even at age 32. Any power he showed in addition to that would be icing on top.

It’s an understatement to say things have not gone as hoped for Akiyama early in his stint as a major leaguer.

There was always going to be an adjustment period for Akiyama after transitioning from NPB in Japan, which is sometimes referred to as equivalent to an AAAA league in terms of talent level relative to MLB. The track record for Japanese hitters in MLB isn’t all that promising either, aside from future hall of famer Ichiro Suzuki and Hideki Matsui.

OZY writer Matt Foley talked to former MLB and NPB manager Bobby Valentine in 2018 to theorize why some Japanese hitters have struggled to make the jump:

“With just two leagues of six teams each, NPB hitters can more easily learn the tendencies of a small pool of pitchers — most of whom they’ve “competed against since high school,” says Valentine. But in the U.S., the few Japanese hitters who have made the move face 300-plus unfamiliar major league arms — roughly double the number in the NPB.”

Differences in plate approach and pre-game preparation were also hypothesized as possible explanations.

Regardless, it wasn’t reasonable to expect Akiyama to come out and set the world on fire in his first year in MLB. Then, the start of the season was delayed for nearly four months, which only further put Akiyama behind the proverbial eight ball. In summer camp, he saw only Reds pitchers — and while there are a lot of nasty arms on the club, it didn’t give Akiyama as much variety as he’d see in spring training.

This confluence of circumstances has resulted in a lackluster beginning to his MLB career. Through 37 games and 118 plate appearances, Akiyama has mustered a .196/.299/.255 batting line. He has only five extra-base hits (4 doubles, 1 triple). The plate discipline has improved as the season has gone along, and he currently has an above average 11% walk rate and below average 18.6% strikeout rate. Overall, though, that’s equated to a poor 55 wRC+, meaning his offensive production has been 45% worse than the league average hitter. Only five players with at least 110 plate appearances have a lower wRC+.

A deeper dive into the batted-ball data doesn’t reveal many encouraging signs. Akiyama has not only made a lot of weak contact, but he’s also struggled to elevate the ball. Only 17 hitters have a higher ground-ball rate than Akiyama (52.5%). His average launch angle of 4.3 degrees ranks 243rd out of 257 players with 50 or more batted balls.

Now, about the quality of contact — it’s, uh, not great, Bob. Here’s the breakdown (percentile ranks in parentheses):

Ground balls and weak contact aren’t a recipe for success, even for someone with above average sprint speed like Akiyama (27.5 ft/s, 70th percentile). It’s also not the player Akiyama has traditionally been in Japan, further evidence that he’s still adjusting to a different level of pitching.

Per Jim Allen, a writer at Baseball in Japan, Akiyama has always been among the NPB leaders in hard-hit percentage. A changed approach in recent years also helped him tap into more power:

“The last three seasons, Akiyama has been pulling the ball slightly more, hitting the ball in the air significantly more, resulting in a few more pop ups and swinging strikes but also producing three straight 20-plus home run seasons. He has also chased less and compared to his figures from 2014-2016, he has forced pitchers to throw about 12 percent more strikes. He also hits the ball consistently hard.”

Clearly, we’re not seeing that version of Akiyama in 2020. For reference, Akiyama’s pull rate is only 28.8%, 10th lowest among players with as many plate appearances.

Allen also notes that Akiyama was among the best NPB hitters on fastballs and breaking pitches. He’s struggled to adapt at the MLB level, particularly against breaking balls.

While Akiyama is handling off-speed pitches (changeups and splitters) well and may be having some bad luck in terms of his batting average on fastballs, the first two sections of the table aren’t pretty.

Pitchers are catching on to his struggles against breaking pitches, too: 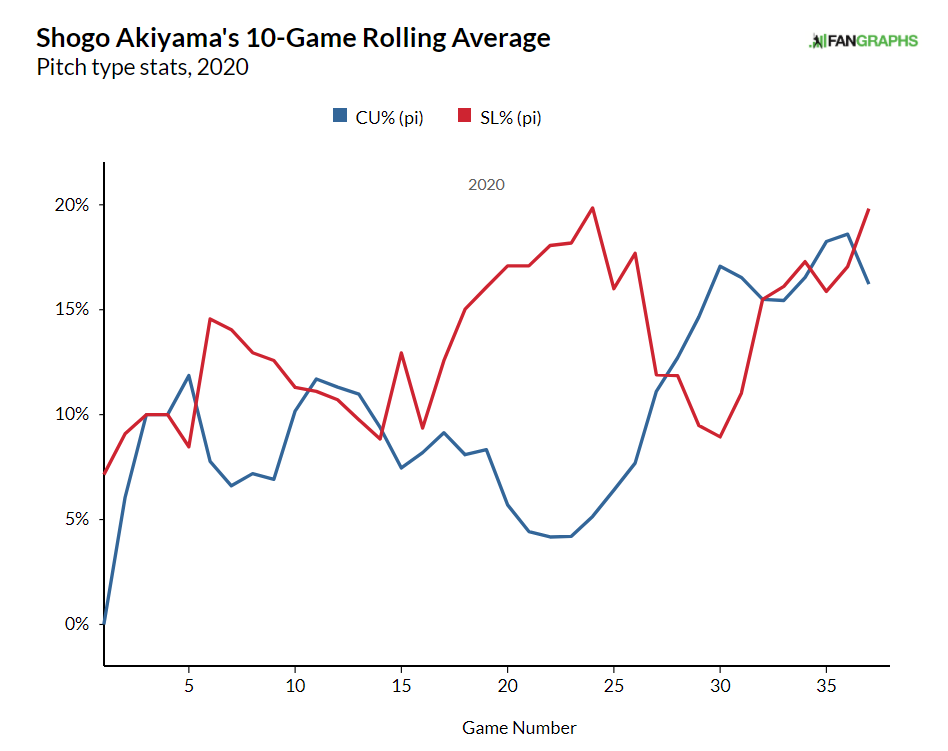 Fortunately, there are some encouraging signs that Akiyama is seeing the ball better as the season moves along. As noted earlier, his plate discipline is improving. At one point, his strikeout rate was above 30%. It’s settled in below 20% now, as he’s chasing fewer pitches and making more contact when he does swing. 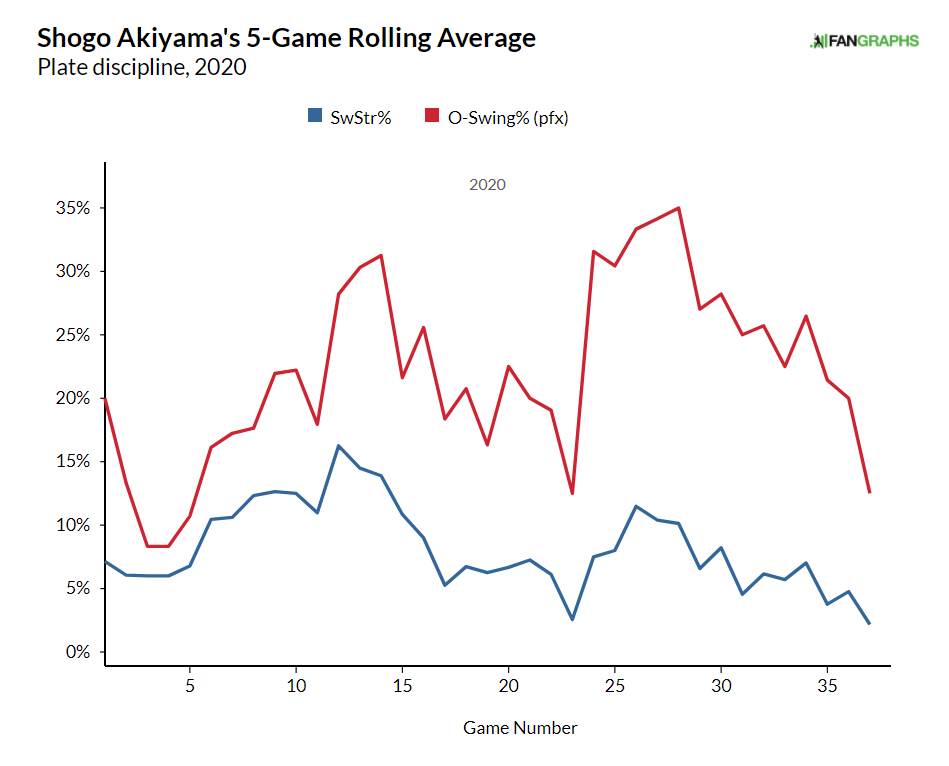 Time is running out for Akiyama to get going in 2020, but the Reds could certainly use better production from their major free agent signings. The plate discipline is getting better as he sees more pitches against big-league pitchers; hopefully, the hard contact and more line drives will follow soon. 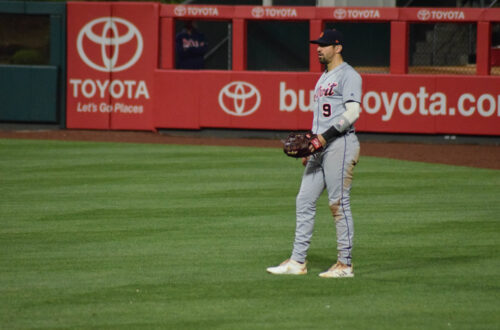