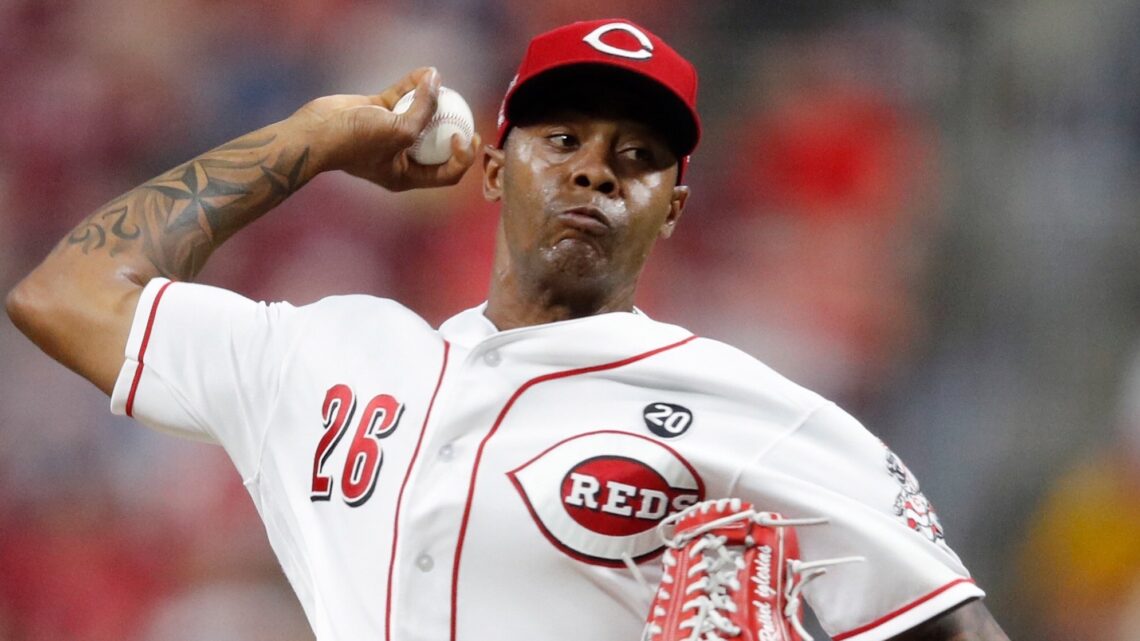 This is a companion piece on Reds relievers to the post earlier today on the Reds starting pitchers. 17 pitchers have entered games out of the Reds bullpen in 2020. I’ve limited this chart to those with at least 10 innings. Robert Stephenson, who has pitched 4 innings, gets his own chart below.

Not included are those who are no longer with the team (Cody Reed, Brooks Raley, Pedro Strop), those at the ATS (Jose De Leon, Joel Kuhnel), those on the IL (Jesse Biddle), those who have pitched fewer than 10 innings (Tyler Thornberg) and those who deserve their own category (Matt Davidson).

What importance should we assign each of these columns?

(You can skip down to the Analysis header if you read this section in the Starters post earlier today.)

Strikeout (K%) and walk (BB%) rates are the “fundamentals” that analysts talk about. They are the aspects of pitching over which pitchers have the most control. For the vast majority of pitchers, they tell you what you need to know. Strikeouts are a measure of dominance. Walks are a measure of command. When you want to evaluate a pitcher and isolate how he has actually pitched, dominance and command are of central importance.

Ground ball percentage (GB%) is somewhat under the pitcher’s control. It produces a relatively consistent pattern from season to season. There is no one way to succeed in pitching relative to GB%, but as a general concept, you want more ground balls relative to fly balls than fewer. Ground balls never go for home runs and seldom for extra-base hits. Fly balls do tend to produce home runs. Grounders produce double plays. Other things equal, a higher GB% is a plus.

Average Exit Velocity (EV) is a direct measure of quality of contact allowed. It tells you if batters hitting the pitcher hard or if the pitcher is keeping them off balance. Pitchers do have control over this within a narrow, but important, range.

Earned Run Average (ERA) is an out-of-date way to evaluate pitchers. It does a terrible job in quantifying what it advertises by name — the number of runs earned against the pitcher. It ignores the role of defense, parks, scorers decisions, opponent lineup construction, bullpen effectiveness and just plain luck on balls in play. That said, it’s a common, public-facing stat. But with all the information we have one or two clicks away, it’s easy to do much better than ERA. I’ve included it here not for its value but to put it side-by-side with better metrics.

Fielding Independent Pitching (FIP) takes the actual strikeouts, walks and home runs the pitcher gives up. The idea is those are the outcomes the pitcher has most control over. Defense, for example, doesn’t matter on home runs. FIP is scaled to ERA for ease of translation. FIP has been proven to be a better predictor of future pitcher performance than ERA.

Expected FIP (xFIP) is the same as FIP except instead of using actual home runs given up by the pitcher, it normalizes that number based on how many fly balls the pitcher gives up. The idea, once again, is to focus on what the pitcher controls. Home runs are a function of fly balls more than they are a function of specific pitchers. xFIP has been proven to be a better predictor of future pitcher performance than either ERA or FIP.

Expected Weighted On Base Average (xwOBA) is a composite measure of how a pitcher has performed. It accounts for strikeouts and walks the pitchers give up. It weights different outcomes based on run creation (doubles have a higher weight than singles, singles higher than walks, etc.). Instead of using the actual outcomes on hit balls the pitcher has surrendered, it uses the average outcome for similarly hit balls. That factors out quirks of defense, parks, opponent lineup construction, bullpen effectiveness and luck. It fixes the problems with ERA. It’s scaled to rate stats like batting average or on-base percentage.

The bottom row shows the current MLB average for starting pitchers. Numbers highlighted in red are much better than league average. Blue numbers are much worse.

Raisel Iglesias, Lucas Sims, Amir Garrett and Tejay Antone have been outstanding. They each have super-high strikeout rates and below average walk rates. Iglesias and Garrett have been extra-stingy with free passes. Strong K% and BB% are reflected in the low xFIP numbers. xwOBA adds quality of contact to that and those four pitchers are substantially better than league average.

Nate Jones looks average in K% and better than average in BB%. But the quality of contact he has given up is terrifying. His EV (93.3) is in the 3rd percentile and Hard Hit % in the 1st percentile. That’s the bad direction on percentiles, not the good. As a result, he has one of the worst xwOBA in the league.

Michael Lorenzen has pitched more innings than any other Reds reliever. His strikeout and walk rates are poor compared to his 2019 performance (25%, 8% respectively). On the other hand, he’s given up the softest contact quality of any Reds reliever. That’s kept his xwOBA below average while his other composite stats are well above average. Lorenzen gave up home runs in his first three appearances, but none since.

The numbers here for Archie Bradley combine his time with the Diamondbacks and his one appearance with the Reds. His strikeout rate is normal and walk rate quite good. Bradley’s low ground ball rate is a bit of a warning sign. Evaluating his 2020 season is tough because there are quality metrics that are positive (xFIP 3.43) and those not so positive (xwOBA .375). Matt wrote a more detailed post on Bradley and came to the same conclusion.

Robert Stephenson has pitched 4.1 innings this year. Needless to say, that’s too small of a sample size to evaluate. But for those who would write him off based on his shaky 2020 to this point, I’d encourage you to look at his 2019 numbers, which were fine. Note that Stephenson’s 2020 xFIP has settled down and is a better indicator of where he’s headed than his garish ERA and FIP. His problem has been giving up hard contact in the few innings he’s pitched.

Keep in mind these are minuscule samples. Career stats are more valuable for assessing how these pitchers will throw the next few weeks than their first dozen or so 2020 innings this year are. Again, much better to use these stats for “how they have pitched” than for “how they will pitch” conclusions.