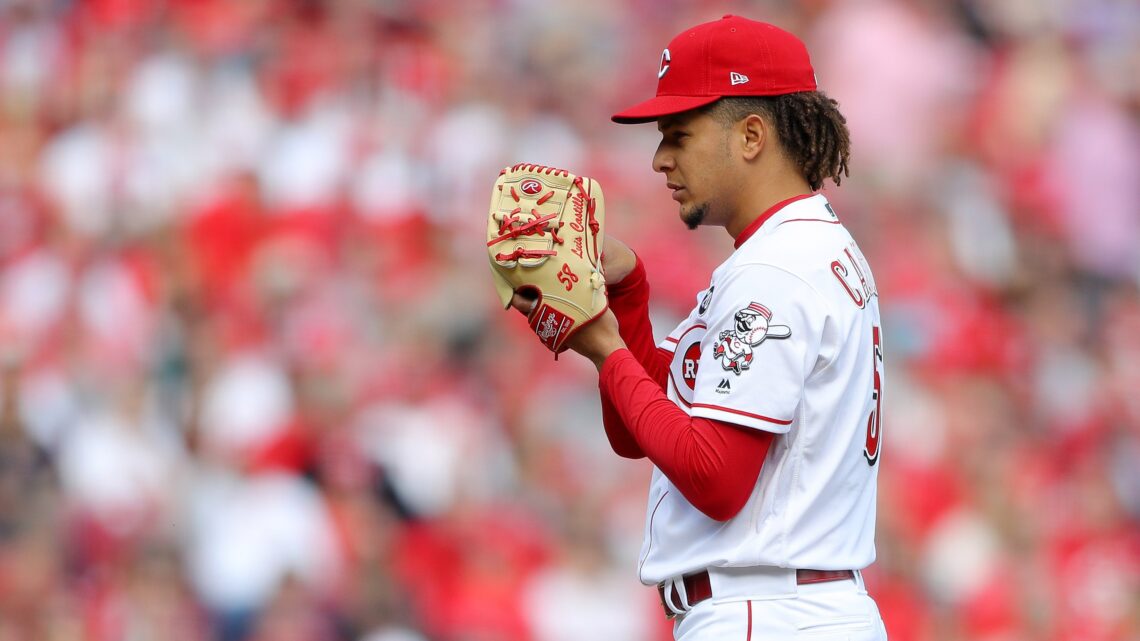 With the clock ticking on the 2020 season, the Reds got a much needed win over the Cardinals, 3-1, behind a brilliant start from Luis Castillo on Friday night.

Castillo turned in his best start of the season, and arguably his career, when the Reds needed it most. The right-hander threw his first career complete game on 112 pitches, allowing just one run on two hits and three walks. He struck out six. While he didn’t have his best swing-and-miss stuff — although he did get 10 whiffs with his changeup — Castillo limited hard contact (82.1 mph average exit velocity) and got a whopping 15 ground balls, setting another personal best.

Joey Votto supplied all the offense the Reds’ would need, as once again, they were the first team to score. Votto followed a Nick Castellanos single by bashing a two-run home run (113.2 mph, 442 feet) in the top of the first inning against Adam Wainwright. It’s the Reds’ hardest-hit ball of the year, Votto’s hardest hit in the Statcast era (since 2015), and Votto’s second longest homer since 2015.

The top of the lineup came through again in the third inning. Shogo Akiyama singled with one out, Votto drew a two-out walk, and Eugenio Suarez came through with an RBI double.

Castillo largely opted for a changeup-sinker approach, two pitches he tunnels very well due to their similar movement. 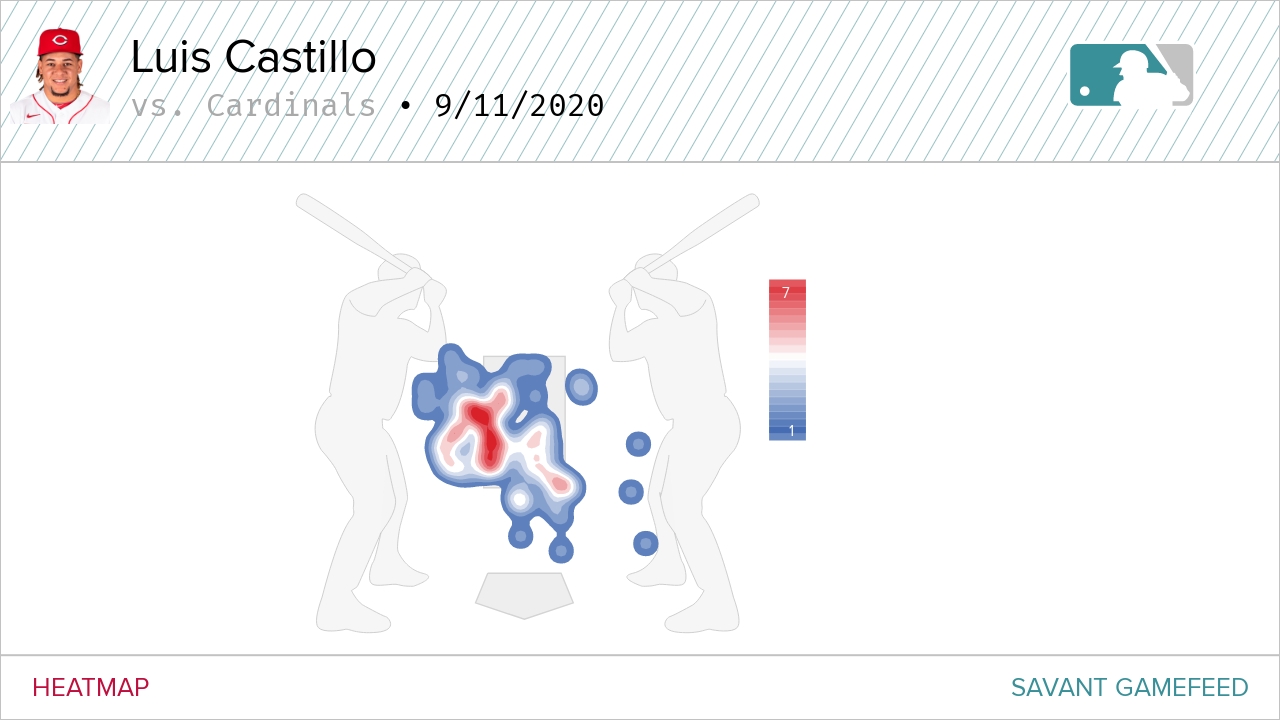 Although he used the slider sparingly, Castillo made it count when he did unleash it. He threw it 18 times and got a whiff or called strike 11 times.

He retired 23 of the last 26 hitters he faced, erasing one of the three baserunners with a double play. Another baserunner should’ve been a strikeout, as home-plate umpire Laz Diaz called the sixth pitch of this ninth-inning at-bat against Paul Goldschmidt a ball, resulting in a walk instead of a game-ending strikeout. 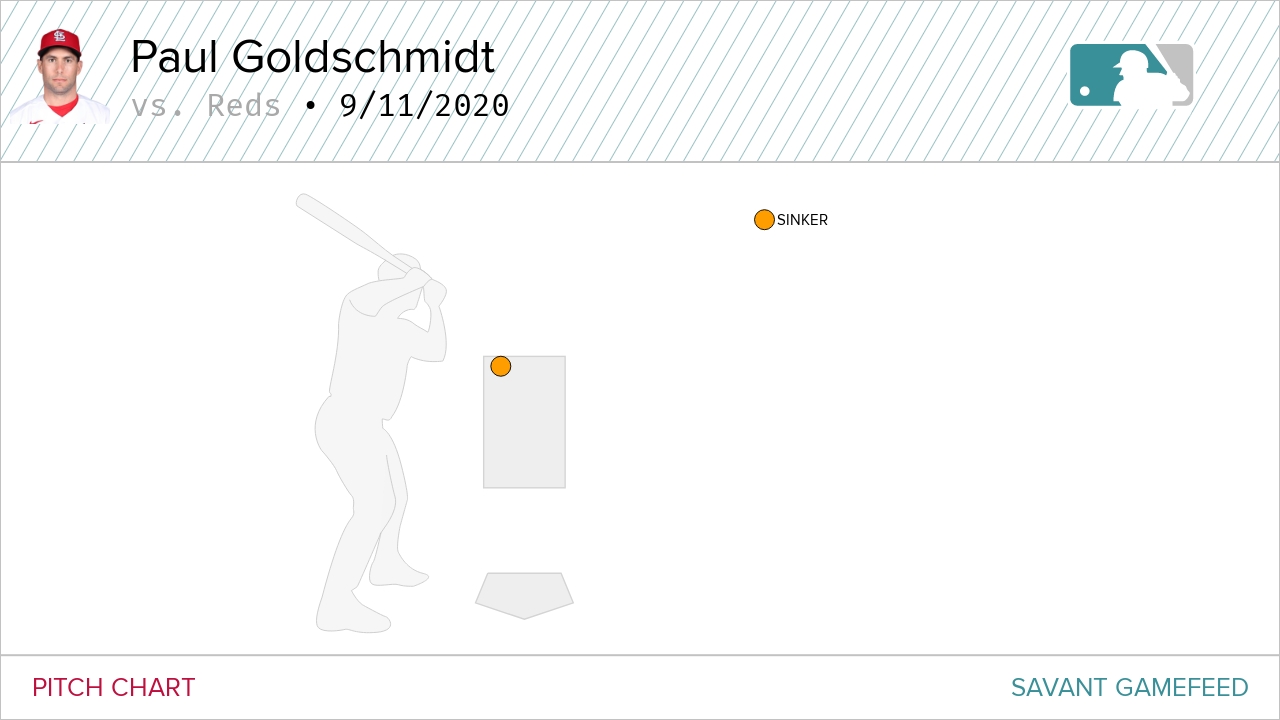 Castillo bounced back by getting a weak groundout from Brad Miller to lock up his first complete game.

Offensively, the Reds did just enough. Suarez and Freddy Galvis racked up two hits apiece, while Votto and Akiyama also reached base twice. Since August 30, Akiyama is batting .357/.514/.429. Look for him to stay in the leadoff spot until Jesse Winker returns from injury — and perhaps even after the Cincinnati designated hitter returns.

Same time tomorrow? Game two of the three-game set against the Cardinals will again be at 8:15 p.m. EST on Saturday evening.

I’m glad you show the pitch chart on the 3-2 pitch to Goldschmidt, it was clearly a strike. That was a Goldschmidt walk. Castillo did a double take but to his credit just shrugged it off. On Miller’s soft ground ball, I almost fainted when Castillo dropped it.

On Twitter some are expressing shock that Bell left in Castillo for the 9th inning. The way he was pitching, it was obvious that Castillo would stay in. Bell has become a scapegoat for the hordes.