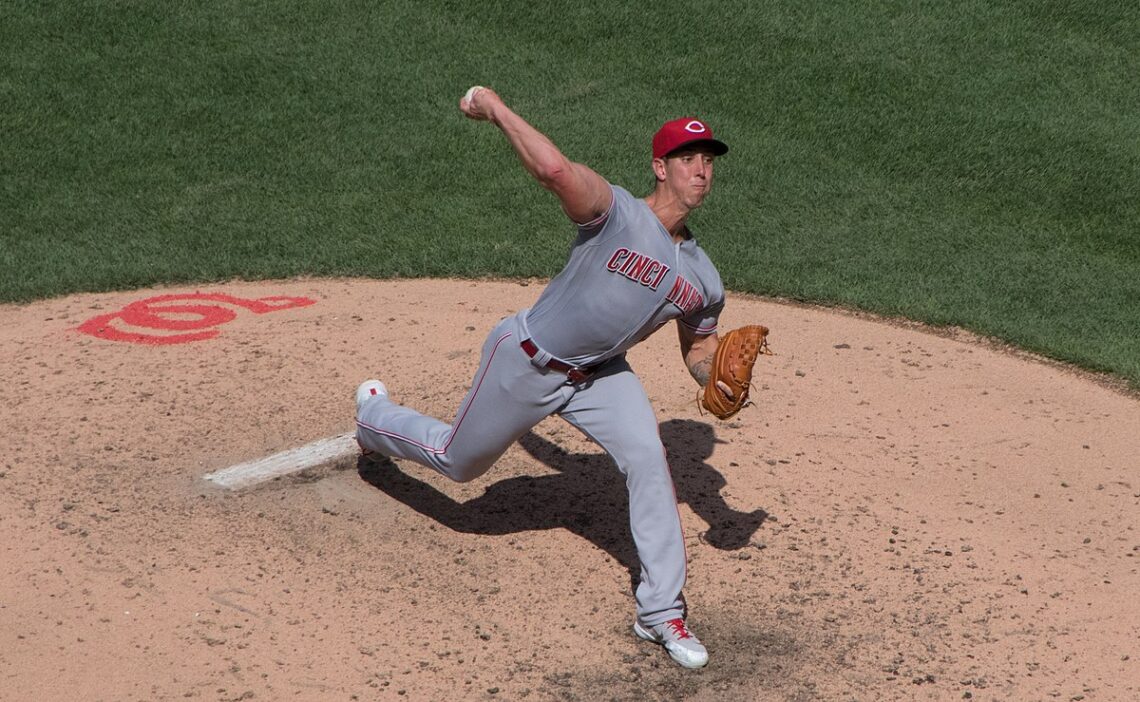 The last time the Reds faced the lowly Pirates in a four-game series, they squandered two winnable games. So far, the Reds are taking care of business this time around.

Cincinnati rode a strong spot start from Michael Lorenzen to a 4-1 win over the Pirates on Tuesday, extending the winning streak to four games. The Reds are now 24-26 and half a game back of the final wild card spot with 10 games to go. If the Brewers hold on to beat the Cardinals, the Reds will also be half a game back from second place in the NL Central.

On a “bullpen” day, Lorenzen gave the Reds all they could’ve asked for and more with a full-fledged start. Lorenzen fired five innings of one-run baseball, allowing four hits and — here’s the big key — no walks. He struck out six.

When Lorenzen has gotten into trouble this year, it’s been because of poor command. On Tuesday, his command was arguably better than it’s been all season. Lorenzen largely stayed on the edges of the zone, elevating his fastball and keeping his changeup down to get whiffs. 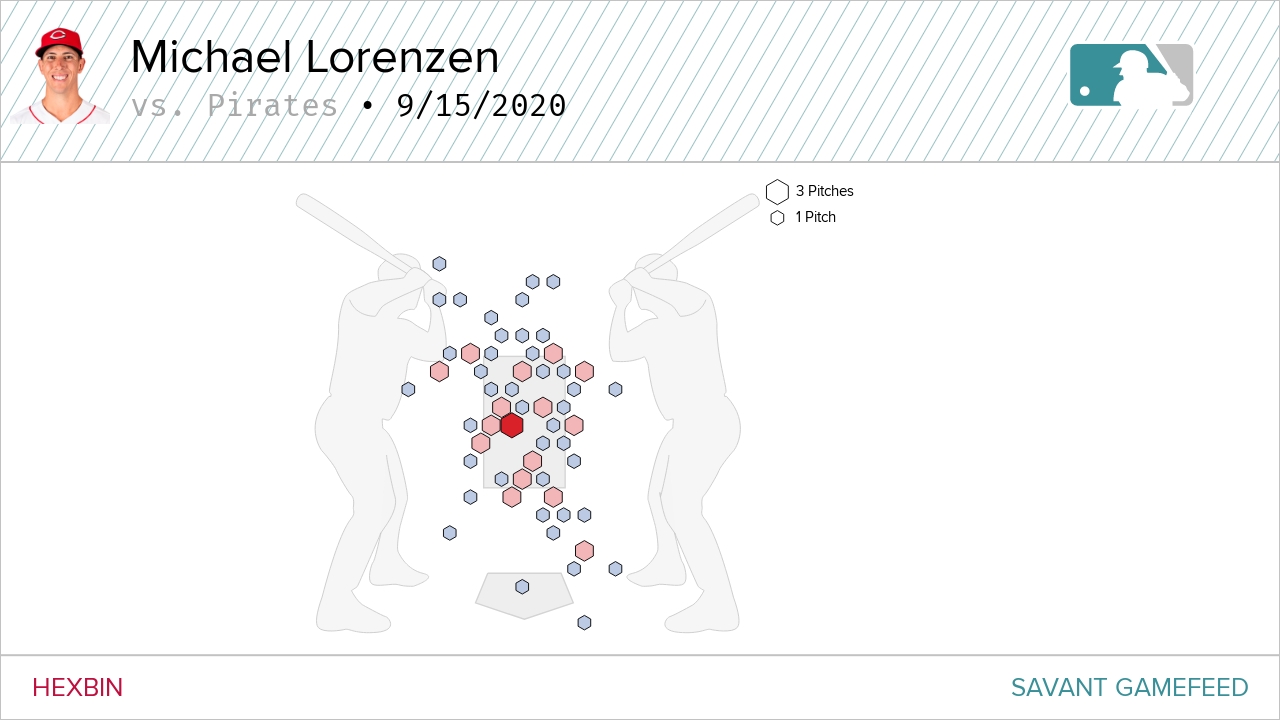 Lorenzen also took advantage of the Pirates’ poor plate discipline (last in MLB in OBP) by getting a Bauer-esque 18 swings on pitches out of the strike zone.

The Reds tallied all four of their runs in the first two innings. The first three batters the Reds sent to the plate reached base to load the bases in the opening frame. The first run scored when Mike Moustakas was hit by a pitch to drive in Nick Castellanos from third. Brian Goodwin brought home Joey Votto with a sacrifice fly. Freddy Galvis drove home a third run with a two-out, RBI single.

Tucker Barnhart tacked on another run in the second when he blasted a loooong homer to right field that nearly left the stadium (104.9 mph, 404 feet).

The Reds managed only one hit — a Shogo Akiyama infield single — over the final six innings.

Speaking of Akiyama, he picked up two more hits in four at-bats tonight. He’s hitting .361 with a .521 on-base percentage since September 2. Castellanos also had two hits, a single and a double, tonight.

Amir Garrett wasn’t at his best in the ninth inning, throwing fewer than half (13) of his 27 pitches for strikes. But he managed to lock up his first career save anyway. He needed some help from Goodwin, who robbed Colin Moran of a solo home run on the first pitch of the inning, to get the first out.

Garrett then walked the next two batters. But the lefty bounced back to strike out Cole Tucker (thanks in part to two very generous strike calls) and get a flyout from pinch-hitter Kevin Newman to end it.

Turns out the last 10 games will be more interesting than we thought.

Cincinnati and Pittsburgh will conclude their four-game series on Wednesday at 6:40 p.m. EST as the Reds go for the sweep. Luis Castillo, coming off his first career complete game, will get the ball in an advantageous pitching matchup for the Reds.

What a roller coaster. I was so down Saturday night, now I feel so optimistic.