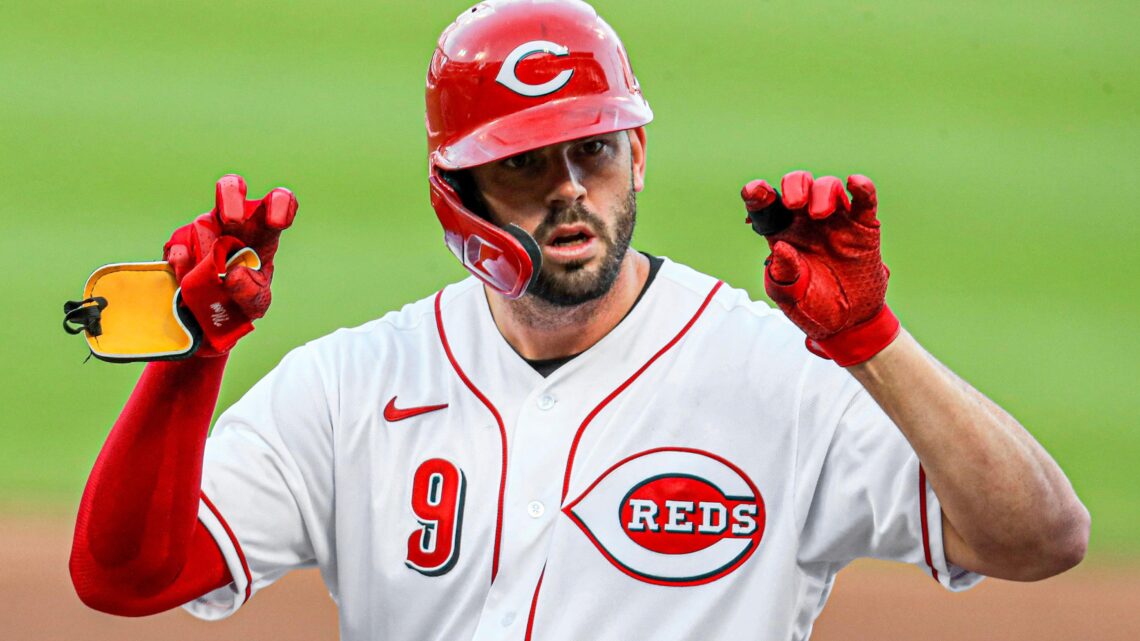 There’s a multitude of things that have not gone the way the Reds or Reds fans had expected coming into the 2020 season. Despite adding multiple pieces over the winter, the offense has yet to click on a consistent basis. While they are tied for 4th in the NL in HR (66), 1st in the NL in walks (178), and 9th in the NL in expected wOBA (.336); the only team in baseball with fewer hits is the Cardinals (in almost 300 fewer plate appearances), and only the Pirates and Diamondbacks in the NL have a lower actual wOBA (.303).

What may get lost the totals is the Reds first big acquisition of the winter is not having the kind of season that the club had in mind when they signed him.

Coming off of a 2019 season in Milwaukee in which he put up a 115 OPS+, the Reds signed Mike Moustakas to a $64 million contract over 4 years to play second base and be a stalwart left-handed bat in the middle of the line-up. The relationship started off with a bang, with his first at-bat in a Reds uniform resulting in an RBI single and second at-bat yielded the same result. Add a two-run home run in the 7th inning and Moose was the driving force in the Reds Opening Day 7-1 win over the Tigers.

But the rest of the season has not lived up to the promise Mike Moustakas showed on Opening  Day.

Just two days later, before the third game of the season, Moustakas was placed on the injured list with Covid-like symptoms. He ended up testing negative and missed three games, all losses for Cincinnati.

From July 29-August 4, Moustakas played in five games before being sidelined and ultimately re-added to the injured list on August 9, this time with a bruise to his left quad. After spending the minimum 10-days on the IL, Moustakas returned on August 19 for a doubleheader with Kansas City. He played in all but 1 game, including both games of 4 doubleheaders, until being hit with a pitch on his back foot against the Cubs on September 10. Then the Reds second baseman missed two more games before returning to the line-up Sunday in St. Louis.

Overall, Mike Moustakas has played in 31 of the Reds 47 games.

Perhaps because Moustakas has been playing while a bit dinged up, or maybe he hasn’t being able to get a rhythm going, his numbers in 2020 have been disappointing. You’ll note from these Baseball Savant charts that he’s dropped below average percentile rankings in every major category and below his career norms in most. 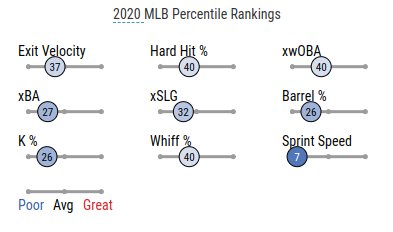 Compare that to his 2019 numbers in the same categories. 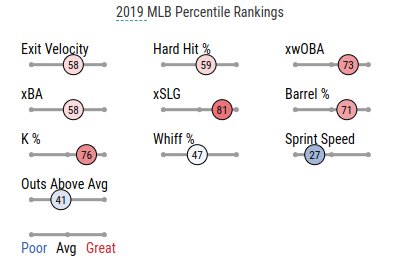 And then to his career average since 2015. 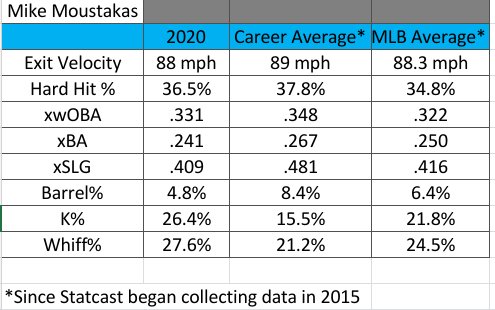 One possible explanation is Moustakas is seeing more breaking balls this season which has yielded a wOBA of .189. The 9% uptick in breaking balls has come at the expense almost solely from fastballs where his wOBA is .373 and has produced 14 of his 21 hits.

Moustakas has also been pitched low for most of his career and that has continued this season. However, this year he’s had trouble with pitches low and away especially out of the zone where he has a 50% K-rate (up from 28% in 2019) and 7 strikeouts. He’s also been tied up for most of his career on pitches that are inside but still outside the zone and that has maintained with a 44% K-rate and 7 more K’s in 2020.

In terms of defense, Moustakas hasn’t played enough yet to register for the Statcast metrics, but in about a third of the number of defensive reps at second base in 2019 with Milwaukee he posted 2 Outs Above Average in his first major foray at the position. By the eye test, he hasn’t looked awful there this season.

If Mike Moustakas plays average defense, even with his disappointing 95 OPS+, he’s still an upgrade over 2019 Reds second basemen. Hopefully he and the team can get a rhythm going and for the remainder of 2020 and beyond be the player the Reds thought they were getting in December.