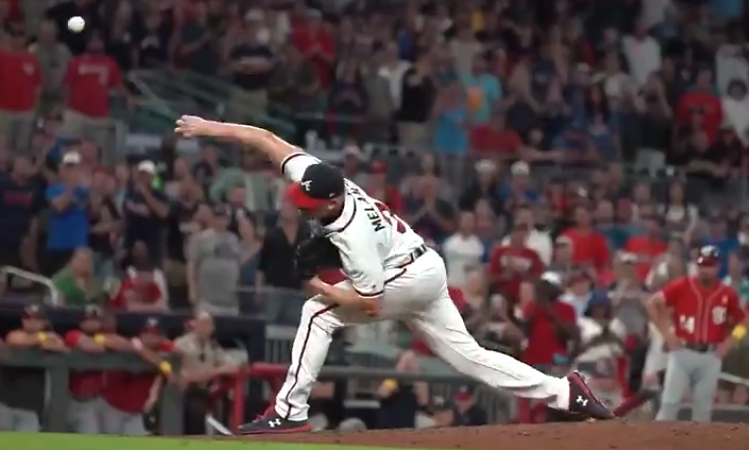 The Braves come into the postseason repping a top-notch bullpen led by Tyler Matzek, Shane Greene, Mark Melancon, Chris Martin, and Will Smith. See how they match up against other bullpens in the NL:

In the postseason, a reliable bullpen becomes even more important as starters are pulled earlier in games in high-leverage situations. Yet, this shouldn’t be an issue for the Braves as they rely heavily on their pen who pitched 272.2 innings, or 51.9% of the innings (highest in NL). Take for comparison the Reds whose bullpen pitched 192.2 innings only 38.1% of all innings pitched (2nd lowest in NL). Let’s breakdown the top arms in the Braves bullpen.

Chris Martin (R) the set-up man, was recently injured in Sunday’s game against Red Sox. Martin threw only four pitches in the 7th inning before exiting with right groin discomfort. Martin has been nearly untouchable all season allowing only 2 earned runs in 18.0 IP and 19 appearances. Martin uses his sinking fastball (41.8%) the majority of his pitches with his slider (25.9%, 0.165 xBA)  and cutter (18.4%, 30.0 Whiff%, 38.1 PutAway%) as his put-away pitches. If Martin is unable to pitch in the series it will leave a hole in the Braves bullpen. Other relievers including Will Smith and Josh Tomlin.

Will Smith (L) former All-Star reliever, will be expected to pick up some of the slack if Chris Martin is unable to go due to injury. Smith has pitched well despite a misleading 7.38 FIP and 4.22 xFIP. Smith has given up 7 HR in 16.0 IP (3.94 HR/9), which bodes well for the Reds – a HR heavy team.

The Reds will have a tough-task against them batting late in games as the Braves have one of the strongest bullpens in the National League.

An obvious conclusion: The Reds will need to take the lead against their starting pitchers. But the much improved Reds bullpen has a chance to beat the bullpen of any team.

Because of the way the season played out, the Reds have several strong longish relievers (Lorenzen, Mahle, Antone) and Sims is good for a couple innings. Amir Garrett seems to have conquered his command problems for the most part. Raisel Iglesias has been dominant. Never know how it will play out, but the Reds bullpen is in great shape for the series and, as you say, a match for the Braves.