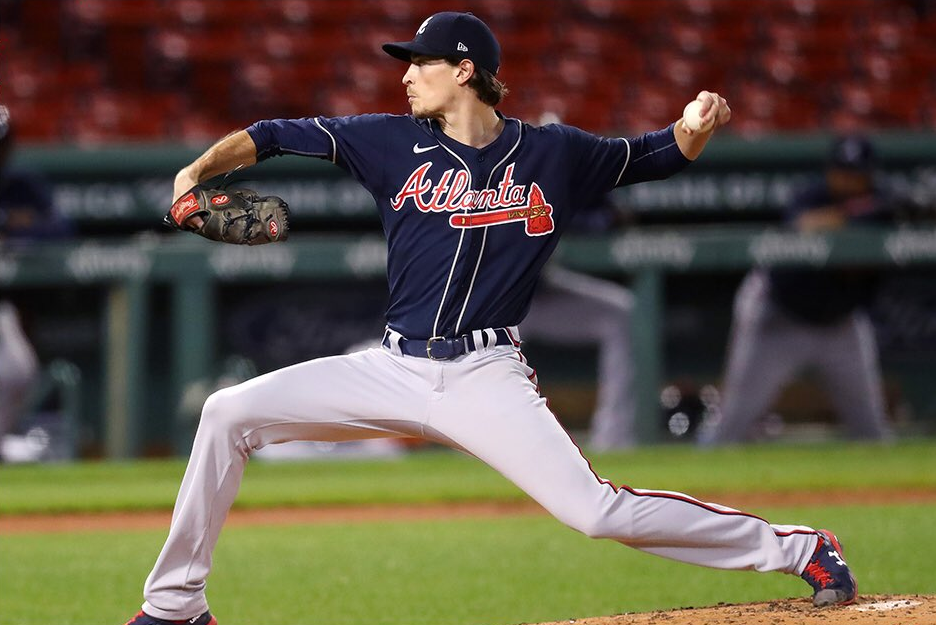 Max Fried will take the mound for Atlanta in Game 1 of the Wild Card series against the Reds. Fried is a 26-year-old lefty. After short stints in the majors in 2017 and 2018, Fried started 30 games for the Braves last year and made the full 11 starts in 2020.

Fried’s most recent start was on 9/23 and lasted one inning. He faced six Marlins batters and gave up two home runs, three runs overall. Fried left the game after tweaking his ankle fielding a bunt. Earlier this season, he went on the IL with a left-side muscle spasm.

Fried was a first-round pick (7th overall) of the San Diego Padres in the 2012 draft as a high school pitcher out of Los Angeles. It’s unusual for a pitcher picked in the first-round to be third-best on his high school pitching staff. But Lucas Giolito (White Sox) and Jack Flaherty (Cardinals) were Fried’s teammates at Harvard-Westlake. The Padres traded Fried to the Braves in 2014 in the big deal sending Justin Upton to San Diego.

Fried is a lowish-strikeout lefty along the lines of Dallas Keuchel, Wade Miley and Brett Anderson. His success depends on inducing soft contact. At one point this season Fried went more than 55 innings without giving up a home run, the longest such streak in the majors.

The soft, ground ball contact is evidenced in Fried’s excellent 83.4 mph average Exit Velocity against and 53% ground ball rate. That EV is in the top 98-percentile in MLB. Freid’s strikeout and walk rates are right at league average.

Fried’s composite stats range from good to great. His xFIP (which doesn’t look at how hard balls are hit) was 9% better than league average. Fried’s xwOBA, which does account for hard-hit balls is excellent, in the top 10% by that measure.

Fried throws his Fastball 42% of the time, down in frequency from 53% in 2019. We’ve written a lot this year about Reds pitchers who have high spin rates on their Fastballs. Trevor Bauer and Lucas Sims rank #1 and #2 in this category in the majors. Michael Lorenzen, Tejay Antone and Sonny Gray are top 20. High spin rates (it’s backspin on fastballs) stop the ball from dropping as fast. Batters swing under the ball or pop it up. These pitchers also tend to induce more fly balls than grounders on their Fastballs.

Max Fried is the opposite kind of pitcher. His Fastball spin rate is one of the lowest in the majors. That means his Fastball drops more than average and induces ground balls. You can see that in his high ground ball rate. Here’s a Fried Fastball that Didi Gregorius grounds out over the middle.

Fried’s second pitch is a Curveball with sharp vertical break. It’s not in the class of the 12-to-6 Curve that Trevor Bauer or Michael Lorenzen throws, but Fried’s Curve is in the class just below. It has a high spin rate and 96.3% of that is active (effective) spin. He uses it to strike out the Phillies’ Andrew McCutchen in this video. Note how big the drop is.

Fried’s third pitch is a Slider. He started throwing it with success in 2019 and used it even more in 2020. It has great horizontal movement, in the class of Sonny Gray, Trevor Bauer, Lucas Sims and Raisel Iglesias. Fried uses it to jam up right-handed hitters like this:

Again, note how the primary movement is horizontal. To a left-handed hitter, it’s full-on wipe out. Watch Michael Conforto reach and miss this one.

Fried does throw a Sinker about 10% of the time. It operates like his Fastball except with even less spin.

Max Fried has an ERA of 2.55 in 2020. That’s an improvement from 4.02 in 2019. It would be tempting to say Fried has improved and jumped into the category of elite starter based on his ERA. But by now you should know that a pitcher’s ERA is a lousy measure of how he actually pitched, for a variety of reasons. In Fried’s case, his much improved ERA is entirely a product of the vagaries of his BABIP (batting average on balls in play). BABIP averages in the .290-.300 range across baseball. Pitchers have little control over their BABIP from season to season. Fried’s fell from an unlucky .336 (2019) to a lucky .268 (2020).

Fried’s strikeout rate is down and walk rate is up relative to 2019. His ground ball rate is even a hair lower. When you look at the outcomes pitchers control (xFIP), his composite performance is up from 3.32 (2019) to 4.05 (2020). That latter rate is still better than league average. But a little digging beyond the superficial punctures the narrative that Fried is a legit 2.55 pitcher.