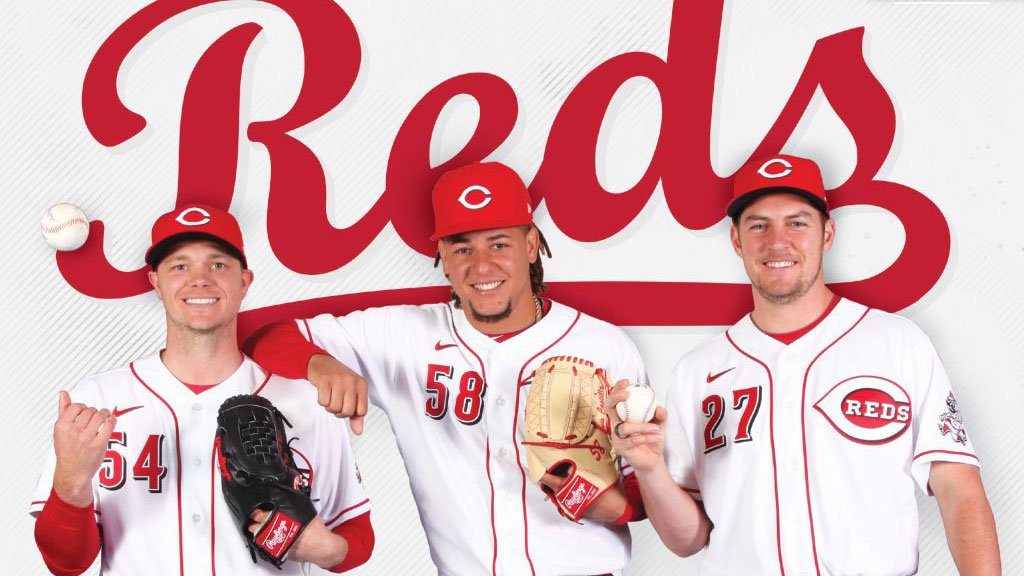 This is the most important series the Reds have played since the 2012 NLDS against the San Francisco Giants. All three games have a 6:40 pm ET start and will be played at Great American Ball Park. It’s the first time this season the Reds have played the Brewers in Cincinnati. The Reds lead the season series 4-3. 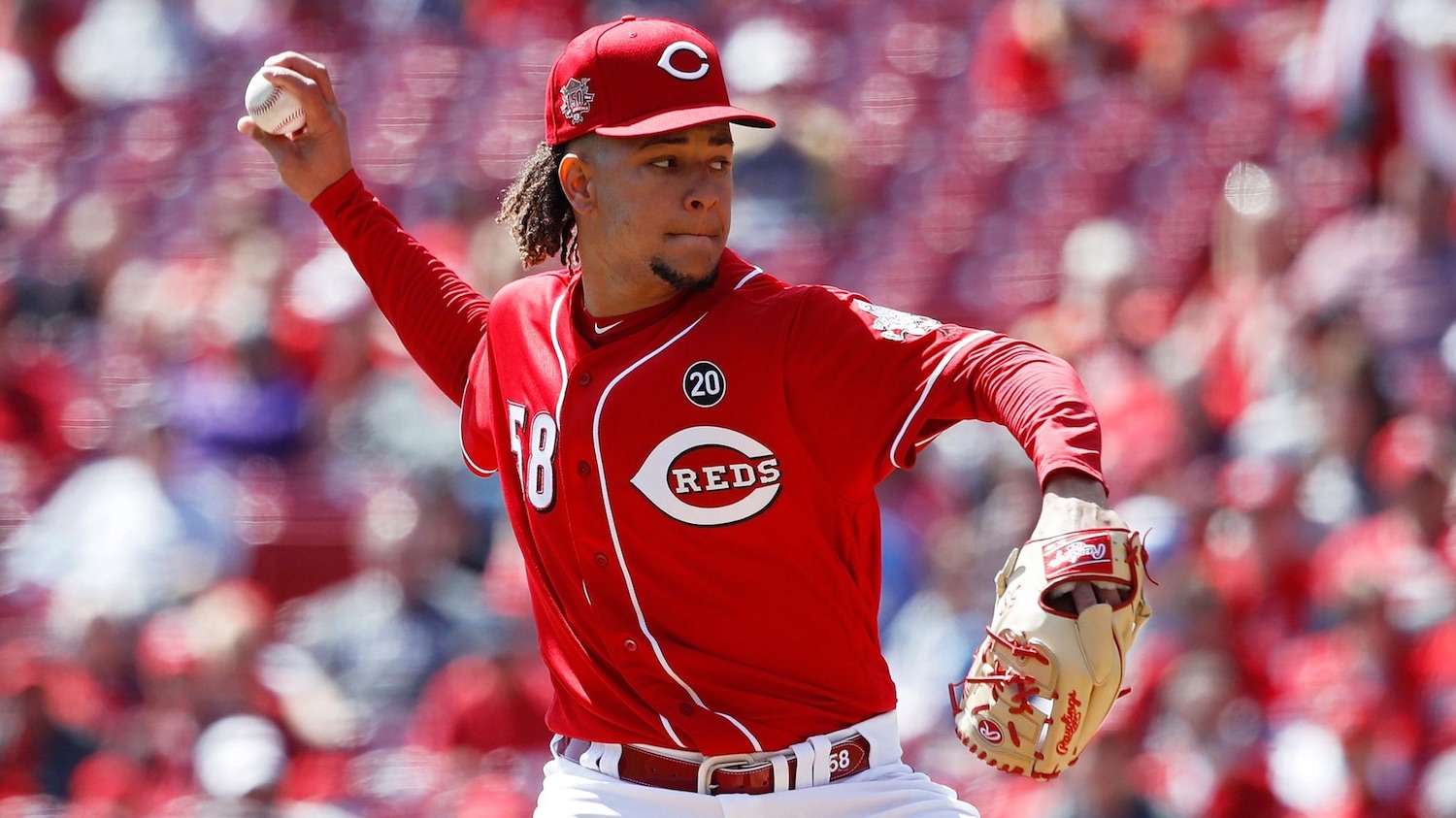 The Monday night pitching matchup is terrific, with two top starters. Both are 27 years old and power-armed right-handed pitchers. Slight edge to Castillo, but Woodruff is more than capable of overpowering the Reds.

The Brewers chose Brandon Woodruff in the 11th round of the 2014 draft. He’s still pre-arbitration and pitching for league minimum salary. Woodruff can be a free agent in 2025.

Castillo faced the Brewers once this season, holding them to one earned run on August 25. He struck out 9 and walked 4 in 6 innings. Over his career, Castillo has faced Milwaukee a lot, with his share of great games and poor ones. Matt Wilkes wrote early in the season about Castillo’s goal to develop an effective slider and followed up after Castillo’s first start with an analysis of how he’s doing.

The Reds have faced Woodruff twice in 2020. On August 9, Woodruff was matched against Sonny Gray and went 4 innings, giving up 2 earned runs. He gave up 3 hits and two walks and struck out five. Jesse Winker homered off of him. On August 25, Woodruff went 6 strong innings, striking out 8 and walking 1, giving up two runs. 7 of those strikeouts on August 25 were against LHH, including 3 whiffs of Joey Votto (this is the game that caused David Bell to bench Votto for four games). 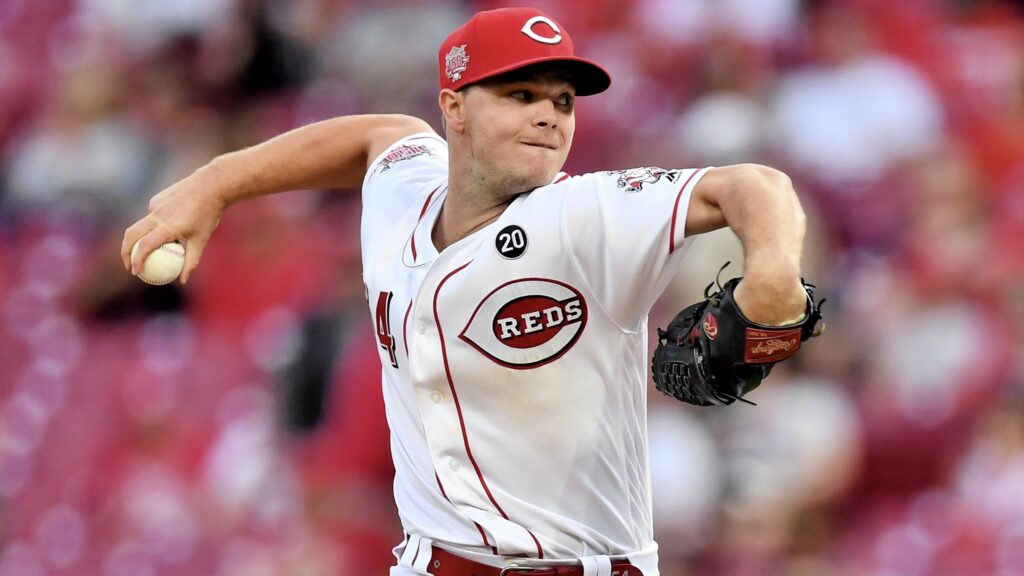 This matchup should favor the Reds, but they’ve struggled against this type of starter in 2020. Anderson is a low-strikeout pitcher but he makes up for it with a high ground ball rate. His low xFIP shows that Anderson has done well with variables most under his control. But when you include quality of contact (xwOBA) his number is considerably worse than average.

Brett Anderson is a journeyman having pitched for six Major League organizations (the A’s twice). He’s signed a bunch of one-year deals. The Brewers paid him $5 million this year on a one-year contract.

His portfolio is fastball (44%), changeup (24%), cutter (12%), curveball (10%) and slider (9%). His fastball velocity is 89.6 mph. Anderson pitches much like Wade Miley. No power, few strikeouts. Tries to get by on ground balls and soft contact. For some reason the Reds have had trouble scoring on this kind of pitcher, most recently Dallas Keuchel of the White Sox.

Sonny Gray is returning not only from the 10-day IL with a mid-back strain, but he’s coming off his two worst starts with the Reds — one against the Cubs the other vs. the Cardinals. He threw 4 innings combined in those games, giving up 9 runs, walking 6 and striking out 5. Gray throws a fastball (53%), curve (28), slider (16) and changeup (3). Gray faced the Brewers twice in 2020, with 11 strikeouts and 5 walks in 10.1 innings. A couple weeks ago I flagged Gray’s slightly elevated walk-rate as something to watch.

The Reds have faced Anderson twice in 2020. On August 8, Anderson pitched 3.2 innings and gave up two earned runs. He struck out two and walked two. On August 24, he gave up home runs to Curt Casali and Eugenio Suarez but little else over 6 innings. He struck out 3 and walked 1. The Reds grounded into three double plays.

Here is Anderson striking out LHH Mike Moustakas on a slider:

Here is Anderson hanging a slider in the middle of the zone to RHH Curt Casali who blasts it to the left field stands. 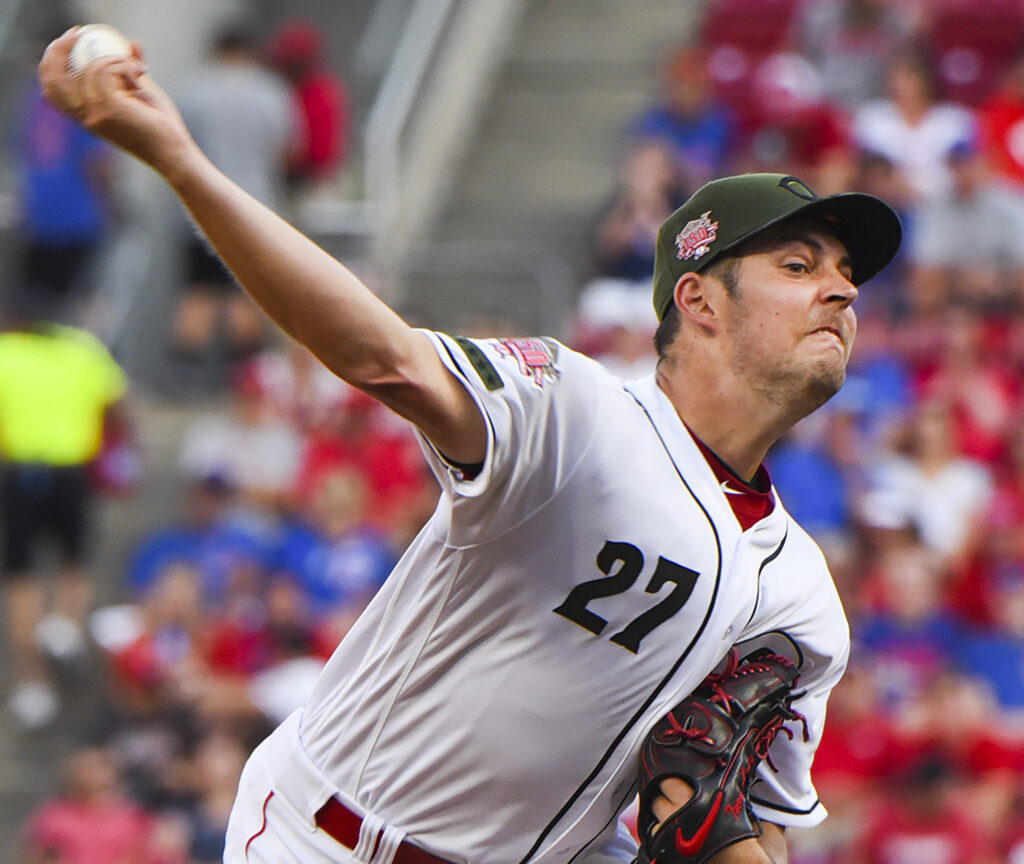 On paper this is a mismatch that heavily favors the Reds.  Houser is a low-strikeout guy with a good ground ball rate. He’s roughly like Brett Anderson with a higher walk rate and is right handed. He’s the personification of league average. Trevor Bauer is a candidate for the N.L. Cy Young award.

Adrian Houser was a 2nd round draft pick by the Houston Astros in 2011. He was traded to the Brewers in 2015 in a big deal where Milwaukee also received Josh Hader, Domingo Santana and Brett Phillips. He’s pre-arbitration and can be a free agent in 2025.

The Reds have faced Houser once in 2020. On August 27, Houser started the first game of a doubleheader the Reds swept. He lasted 4 innings giving up 4 earned runs. Houser struck out 3 and walked 1. He gave up home runs to Jesse Winker and Nick Castellanos.

This shows Winker tracking Houser’s sinker to the bottom of the zone and singling to left field.

Here’s the homer from Castellanos on a hanging slider.