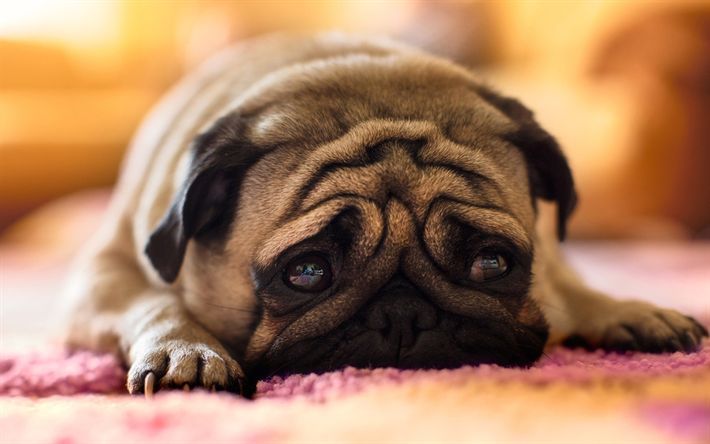 The best and worst of the 2020 Reds were on full display in the first game of their postseason series against Atlanta. Reds pitchers throttled the potent Braves offense for 12 innings, piling up 21 strikeouts. That’s an all-time club record for a single game. But time and again the Reds offense came up with lousy at bat after lousy at bat when they just needed to put the ball in the outfield. They were shut out for 13 innings on one extra-base hit.

This was the first time the Reds had been in a postseason game since the end-of-an-era 2013 loss in Pittsburgh and in the first postseason series since the crushing NLDS loss in 2012 (too soon to talk about that one). After today’s defeat, the Reds will have to win tomorrow to avoid elimination from the postseason tournament.

The Reds Cy Young candidate Trevor Bauer was coming off three terrific starts that propelled the team into the postseason. He could  not have pitched better today. Bauer went 7.2 innings, striking out 12 Atlanta hitters and walking none. He gave up just two hits. In the 3rd inning, Bauer struck out the side, giving him five whiffs in a row. Bauer’s 12 strikeouts set a club record for the postseason, besting Homer Bailey’s 10 in 2012. In that game, Bailey struck out six Giants in a row the second time through their lineup.

In the 6th, Bauer gave up a leadoff double to Ronald Acuña, who lined a Bauer fastball on the outer edge of the plate 400 feet into the left-center gap. But Bauer got Freddy Freeman to ground out, Marcell Ozuna to pop up then struck out Travis d’Arnaud on a a pair of 96-mph fastballs. After Bauer recorded two outs in the 8th, Manager David Bell pulled him at 103 pitches and brought in Raisel Iglesias.

If any pitcher on the Reds staff has been better than Bauer in September, it has been Iglesias, the Reds closer. Bauer would have been facing Acuña for the 4th time and the Braves outfielder had doubled off Bauer in his previous at bat. Iglesias blew away Acuña with a 98-mph fastball. Iglesias also pitched the 9th. After pitching around and walking Freeman, Iglesias struck out the side, all on 98-99 mph fastballs.

Lucas Sims entered the game to pitch the 10th and faced Adam Duvall, the player for which he had been traded in 2018. Sims seemed nervous and walked Duvall. A Dansby Swanson ground ball forced Duvall at 2B. Sims seemed to have little control of his breaking balls today. Nick Markakis grounded hard to Joey Votto who was able to get the out at first. That seemed to boost Sims confidence and the reliever struck out Austin Riley to end the threat.

Bell went to Michael Lorenzen in the 11th and 12th. Lorenzen retired Acuña, Freeman and Ozuna in order in the 11th, the latter two on strikeouts. He got Freeman on a terrific changeup and Ozuna on a 98-mph fastball. Lorenzen gave up a leadoff single in the 12th but retired the Braves 1-2-3 after that, again with two strikeouts.

Archie Bradley started the 13th inning. He was victimized by two ground-ball singles that barely evaded Reds fielders. Bradley got a ground ball out at 2B before being lifted for Amir Garrett. Garrett faced Freddy Freeman and the Braves MVP candidate singled into centerfield on Garrett’s fourth consecutive slider, scoring the winning run from third.

Overall, it was a tremendous day of pitching for the Reds staff. They struck out 21 and walked only two. Through 12 innings they had allowed just three hits.

The Reds managed 11 hits over their 13 innings. In the long history of baseball, that’s the most in a single game where the team failed to score a run. Record-setting offense, indeed.

What plagued the Reds today was what has hampered them all season. They are capable of too many awful at bats. When you have a runner at third base with fewer than two outs and fail to put the ball in play, let alone in the outfield, let alone for a base hit, that’s a bat at bat.

Yes, the Braves have excellent pitching and an endless supply of left-handers. But the Reds were exposed too many times as not having the talent or consistency at the plate to get the bare minimum done. Here are a few of the low-lights.

In the first inning, Nick Senzel and Nick Castellanos started off with line drive singles, putting runners at first and third with no one out. Joey Votto grounded out softly to 1B and Eugenio Suarez lined softly to the shortstop. Mike Moustakas grounded out to 2B. All that, including the two hits, happened in 9 pitches.

In the 6th, Votto followed a Castellanos infield single with an opposite field hit into left field. But with the play right in front of him, Castellanos took the chance on beating Gold Glove winner Adam Duvall’s arm. Duvall’s throw was several feet off target but that still was good enough to tag out Castellanos. Getting a runner to third with one out is worth a risk. But that one seemed ill-advised given who the LF was and how shallow the hit was.

In the 7th, with one out Aristides Aquino had a bloop single to left and Jesse Winker was hit by a pitch. A ground ball by Kyle Farmer forced Winker at 2B. David Bell had Matt Davidson pinch hit for Curt Casali (which was a little odd given Casali’s success against LHP). On the first pitch to Davidson, Farmer got a bad jump but broke for second base. He got in a run down that ended up with Aquino being throw out at home. It was either a botched steal attempt by Farmer or a missed signal on a play to double steal. Either way, it was an ugly ending to the inning.

The Reds went without a baserunner in the 8th, 9th and 10th. In the 11th, they loaded the bases with two outs after a double by Castellanos, intentional walk to Votto and a walk by Suarez. Atlanta brought in one of their many left-handed pitchers who ended the threat in three pitches with a Moustakas strikeout

In the 12th, the Reds threatened again. Aquino led off with a single. It was the first leadoff runner on base for the Reds since the 1st inning. Winker lined a single into right field off a lefty to put runners on 1st and 3rd. There were no outs. Farmer and Tucker Barnhart struck out on pitches way out of the strike zone. Freddy Galvis pinch hit for Shogo Akiyama and struck out.

In the 13th (stop me if you’ve heard this one already), the Reds loaded the bases with one out. Votto lined a single to right and got to second base on a wild pitch. Suarez shot a single to left but Votto held at third, not wanting to test Duvall’s arm again. After a long at bat, Moustakas walked. Then Aquino, who to his credit was 2-for-5, struck out. Pinch hitter Jose Garcia struck out.

So when I say in the intro the Reds offense got exposed in crucial situation, I’m referring to extremely important at bats landing in the lap of utility IF Kyle Farmer, Tucker Barnhart, Aristides Aquino and rookie Jose Garcia. Yes, Votto, Suarez and Moustakas also failed. But the Reds have too many guys who are capable of terrible at bats.

Nick Senzel returned to the leadoff spot for only the fourth time this season and just the second since returning after missing a month on the COVID-19 list. Coming off significant offseason shoulder surgery, Senzel had begun 2020 with a modified batting stance. Before being sidelined by the virus on August 14, Senzel had hit .244/.327/.489 (112 wRC+). He was 2-for-4. Joey Votto, who has hit .258/..385/.557 (148 wRC+) after his four-game benching, was 2-for-5 with a walk. Nick Castellanos, who has struggled a lot the past two weeks, was 3-for-6 with the Reds only extra-base hit.

Kyle Farmer, a part-time player who has played 2B, 3B, SS and even LF this season, got the start at short today in his hometown of Atlanta, and went 0-for-5. So did Mike Moustakas, who powered the Reds into the postseason, slugging four homers and five doubles (155 wRC+) in the season’s final two weeks.

The Reds play the Braves tomorrow in Game 2 of the series with another 12:08 pm start. David Bell will send Luis Castillo to the mound while Atlanta counters with rookie Ian Anderson. Full preview of Anderson forthcoming.

If the Reds can’t win a game like that, then the series is over.

My expression and demeanor makes the dog used to illustrate this game summary look ecstatic and overjoyed.