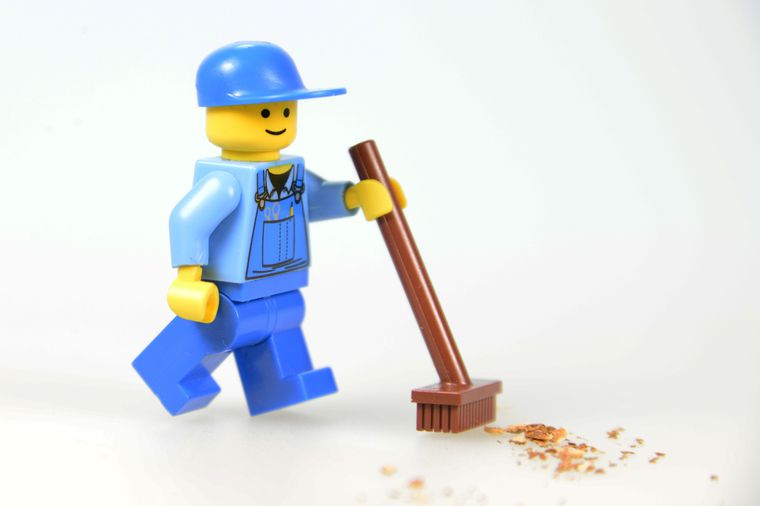 On a day punctuated with dramatic home runs and improbable heroes and with just enough pitching, the Reds grabbed a couple of must-win games from the Pirates. The two victories bring the Reds record to 23-26. It’s the first time the Reds have been within three games of .500 in September. They have two more games against the Pirates.

The Cardinals lost the first game of their doubleheader to the Brewers and are losing the second. If that latter score holds the Reds will wake up tomorrow a mere half-game out of second place in the NL Central, behind both St. Louis and Milwaukee. If the Cardinals win the nightcap, the Reds will be 1.5 games behind them but will have tied the Brewers.

Bauer struck out twelve in 6.1 innings of work, walking only two. At one point he had retired 14 batters in a row. In the fifth, he struck out the side. The Reds starter was sporting Cincinnati Bengals-themed cleats. The Pirates put up a threat in the second inning, getting runners to first and second. With one  out, the Pirates attempted a double steal and Tucker Barnhart threw out Bryan Reynolds at third.

Iglesias Slams the Door After Bauer had given up the lead allowing a solo homer to lead off the 7th, the Pirates got two runners on base with one out. Bauer had thrown only 105 pitches and with the #8 and #9 hitters coming up, it would have been tempting to let Bauer try to finish out the game. Instead, manager David Bell called on Raisel Iglesias. Iglesias had pitched the final two innings of yesterday’s win over the Cardinals. With the Reds season on the line, Iglesias struck out both Gregory Polanco and John Ryan Murphy on 11 pitches to end the threat.

Still Banging After All These Years Prior to the 7th, the Reds offense had managed only one run, a solo homer by Joey Votto in the bottom of the fourth. Votto’s blast traveled 376 feet and was a classic GABP fence scraper. Votto has hit 5 home runs in the 17 games since he was benched for four games by David Bell. Over a regular 162-game season, that would be just short of 50 homers.

What We Mean By Bad Luck In the bottom of the 5th inning, the Reds loaded the bases with two outs. Tucker Barnhart singled, Jose Garcia singled and Shogo Akiyama walked. On a full count, Nick Castellanos rocketed the ball 383 feet that Pirates center fielder Bryan Reynolds caught over his head running toward the fence. If that ball is hit five feet to either side, it’s a bases-emptying double and a 4-0 Reds lead. The ball had an .860 xBA.

From Of The Bats Of Babes The game appeared headed for the vagaries of extra innings after the first two Reds were retired in the bottom of the 7th. Then 22-year-old rookie Jose Garcia lined his second hit of the game to left field on a 6-pitch at bat. Due up was lead off hitter Shogo Akiyama. But David Bell decided that Pirates lefty reliever Sam Howard’s stuff would be too tough for a left-handed hitter and that he wanted a batter who could end the game with one swing. He summoned 24-year-old Tyler Stephenson off the bench to pinch hit. On the second pitch he saw. Stephenson blasted a Howard slider into the left-center bleachers, giving the Reds a 3-1 walk off win in the opener.

Hat Tip To David Bell Manager David Bell made two important decisions in the 7th inning that worked out. Neither were obvious. He pulled Trevor Bauer from the game and replaced him with Raisel Iglesias. And he pinch hit for leadoff hitter Shogo Akiyama with Tyler Stephenson. With all the times Bell has been criticized (right or wrong) this season, it seems fair to mention a time when his moves paid off. Today is Bell’s 48th birthday.

The Ohio Cup In the top of the first inning, the Pirates should have had two runs instead of one. On a hit by Josh Bell, Colin Moran should have scored from second base but his cup fell off and he slowed down because of it. Bell was thrown out trying to stretch the hit into a double by a hustling Shogo Akiyama. Bell was tagged out a split second before Moran crossed the plate.

Shogo out here teaching Baseball 101: Run hard all the way through the plate… even if you're losing your cup. 😜 pic.twitter.com/thY1ofQGod

Good Run by Goodwin Brian Goodwin, the outfielder the Reds picked up from the LA Angels at the trade deadline, smacked a 96-mph Mitch Keller fastball over the left field fence for an opposite field home run. The ball traveled 374 feet. Eugenio Suarez doubled its value by walking ahead of the homer. Reds took the lead 2-1.

Yet Another Votto Homer Joey Votto drilled another homer, this one 402 feet to give the Reds a 3-1 lead. See my comment in the previous section from the first game. The totally legit I-don’t-care-about-sample-size extrapolation for Votto since the benching is now about a billion long balls.

Go ahead and say it for us… pic.twitter.com/8KWUssbF4U

Disco Inferno Anthony DeSclafani looked good at times but vulnerable at others. He gave up a solo home run to Josh Bell and a 2-run shot to Ke’Bryan Hayes. The Pirates had a 4-3 lead. DeSclafani made it through 4.2 innings, striking out 7 and giving up only 1 walk. The problem was the long ball.

Bullpen Squeeze Between the 6.1 innings the bullpen pitched yesterday, Raisel Iglesias’ appearance in Game 1 today and the need to cover a bullpen start tomorrow, David Bell’s options were limited in the middle innings. He called on Jose De Leon to relieve DeSclafani in the 5th inning. De Leon walked two batters before leaving due to an injury. Bell then went to Sal Romano. Remember him? Romano faced Gregory Polanco with the bases loaded and got the Pirates outfielder to popup ending the threat. The Pirates led 4-3.

Moose Heroics In the bottom of the 5th, Shogo Akiyama led off with a single and advanced to second base on a wild pitch. In his last 30 at bats, Akiyama has reached base 14 times. That’s an on-base percentage of .467. After Nick Castellanos took a (terrible call) called third strike and Joey Votto did, too. Mike Moustakas came to the plate. Moustakas is a left-handed batter and he was facing Nik Turley, a lefty who had just struck out Votto. Turley missed on the first two pitches. Moustakas then crushed a 96-mph fastball 406 feet to centerfield for a 3-run homer, giving the Reds a 6-4 lead.

Caution: A Moose is running loose through Cincinnati. pic.twitter.com/qOuAvFVOLJ

Insurance Runs The Reds put the game out of reach in the bottom of the 6th with three insurance runs. Freddy Galvis, Kyle Farmer and Curt Casali loaded the bases with two walks and a HBP. Shogo Akiyama walked to force in the 7th run. Nick Castellanos hit a ground ball that Pirate shortstop Erik Gonzalez misfielded to make the score 8-4. A wild pitch scored the Reds final run.

Closing It Out Archie Bradley, who pitched two innings yesterday, threw a shutout 6th inning. Raisel Iglesias was warming up to pitch the 7th, but when the Reds added three insurance runs, he sat down and Nate Jones pitched the final inning.

The Reds play the Pirates again tomorrow night in a 6:40 game. David Bell has to go to his bullpen to cover all nine innings. He’s designated Michael Lorenzen to start. Amir Garrett and Lucas Sims should be able to contribute a couple innings. Robert Stephenson and Nate Jones could also get one. Expect the Reds to call up  a pitcher to take the place of Jose De Leon.

I just watched a thrilling ending to Game 2 of Cardinals vs. Brewers. Brewers almost walked it off again but lost. I was confused about who to root for (root against, that is) because 2nd place race and WC race are separate things.

Anyway they split so the Reds picked up a game on each today.

My most nervous moment of Game 2: Romano facing Polanco (who has owned him) with the bases loaded. Nearly hits him twice ! After that out I felt the Reds would come back.

Between lasers off his bat being caught and bad called 3rd strikes, Castellanos is having a very unlucky year. I’m looking forward to reading an analysis of that here at some point (at least the exit velocity part).

Agree that Bell made two tough decisions in 7th inning of Game 1 that both worked out. It wasn’t easy to take Bauer out, he was still pitching well after the HR, the second single was a swinging bunt. And not easy to PH for Sogo with the way he has been going. Someone in the Reds’ tv booth (Chris Welsh ?) was calling for a RHed hitter.

Glad you pointed out Akiyama’s progress in terms of on-base percentage. He walked four times today and only struck out once. He seems to be finding his way at the plate. I really like this guy as a ball player.

Looks like right now, two teams that are at .500 or one game below are in NL playoff spots. If the Reds are even going to get to .500, they’re going to have to earn it: three games with the White Sox and then three at Minnesota to end the season. I hope the Twins have nothing to play for when that final series of the season rolls around.

Heaps even more pressure to dominate the other five games, two against Pittsburgh and three against Milwaukee.