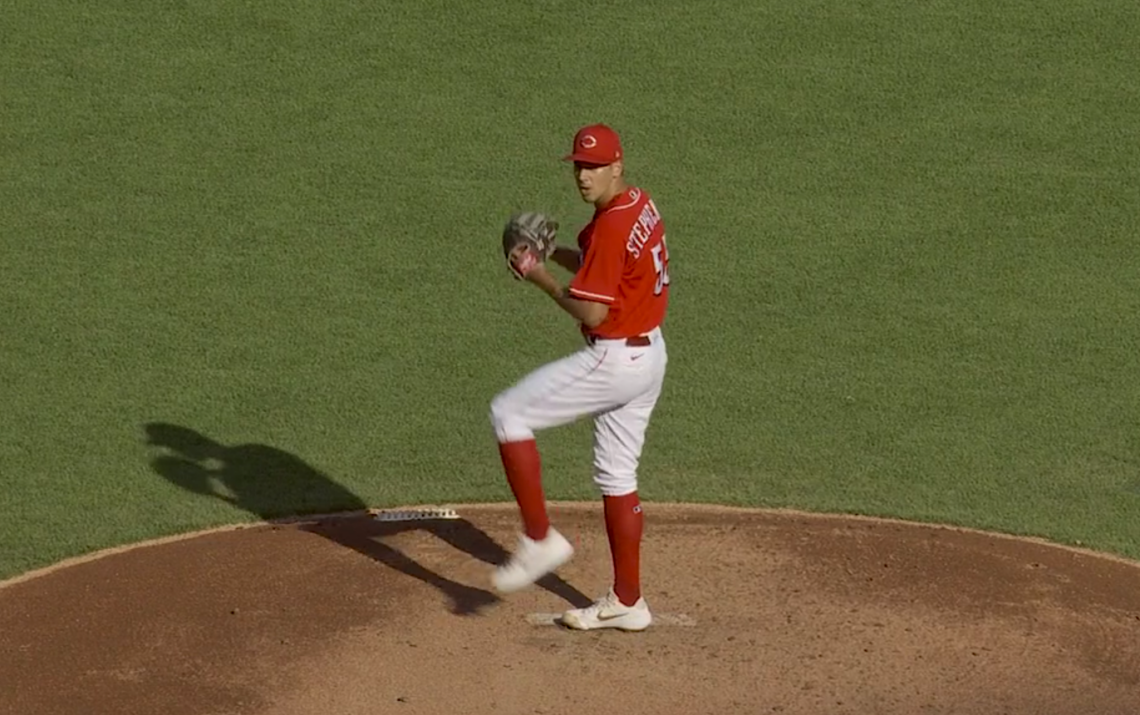 Riding a six-game winning streak with their ace on the mound, the air was let out of the balloon for the Reds on Saturday night in a 5-0 loss to the White Sox. Chicago hit five solo home runs, and that was more than enough on a rough offensive night for Cincinnati.

The loss drops the Reds to 26-27, but they maintain the second wild card spot in the National League thanks to a slight edge over the Giants in win percentage.

The offense missed several opportunities in the first three innings against White Sox starter Dallas Keuchel, who was making his first start after returning from the injured list. Although they picked up four hits and three walks in the opening three frames, the Reds stranded two baserunners in the first, three in the second, and two more in the third.

The inability to score against Keuchel proved costly, as the Reds couldn’t muster much against the Chicago bullpen. Only four batters reached base over the final five innings.

While the Reds were often the victim of an inconsistent strike zone from home plate umpire James Hoye, they also watched a lot of clear strikes go by without a swing. Of their 12 strikeouts in the game, six were on called third strikes.

Joey Votto certainly did his part, hitting two singles and drawing a walk. He’s batting .293/.384/.560 in 85 plate appearances since he was benched for three games. Nick Senzel also had his first hit since returning from the injured list, lining a double to right-center field in the second inning. Mike Moustakas doubled in the ninth inning.

Trevor Bauer looked to be in Cy Young form in the first inning when he struck out the side. He wasn’t quite that sharp for the rest of the game, but he did throw seven innings of two-run, five-hit baseball. Still, it wasn’t quite the level of dominance we’ve grown accustomed to seeing from Bauer.

The White Sox didn’t chase much and Bauer had some trouble putting hitters away with two strikes. He had five strikeouts for the game, only two after the opening frame. His 23.5% whiff rate was his second-lowest in a game this season.

Bauer worked around baserunners in the second, third, and fourth innings to keep the White Sox scoreless. But Chicago’s mighty offense finally got to him in the fifth inning when he allowed two solo home runs to Nomar Mazara and Tim Anderson. Bauer clamped down in the last two innings, retiring all six batters he faced.

Robert Stephenson took over for Bauer in the eighth and had a disastrous outing against the top of the White Sox lineup. He gave up back-to-back-to-back home runs to the first three hitters he faced — Anderson, Yasmani Grandal, and Jose Abreu — to put the game out of reach for the Reds. Making it more painful was that Stephenson didn’t get beaten on his best pitch, the slider. All three home runs were on his four-seam fastball.

Nate Jones threw a scoreless ninth inning, though he did issue a two-out walk.

The Reds and White Sox will wrap up the three-game series with a rubber match on Sunday at 1:10 p.m. EST. David Bell is turning back to Michael Lorenzen after his strong spot start on Tuesday, while the White Sox will go with the 24-year-old, former top prospect Dylan Cease.

Umpire James Hoye was a joke. There was a pitch to Stephenson in the first inning that had to be six inches outside and Hoye called it a strike.