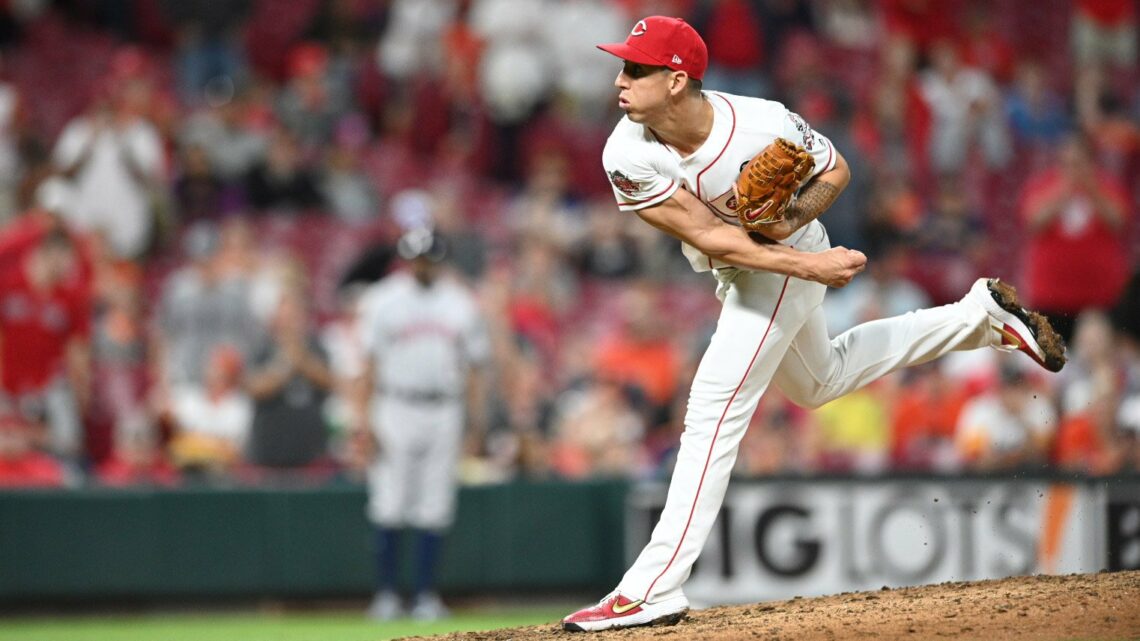 Lorenzen’s BABIP (batting average on balls in play) has returned to a reasonable number. All of these season segments we are looking at are super small sample sizes. His 0.375 BABIP over the first 7 games was not sustainable. His BABIP has been 0.244 BABIP over the last 8 games for a season average of 0.279 – below the MLB average. The much higher BABIP is a big part of Lorenzen’s inflated FIP of 11.08 in his first seven appearances.

Lorenzen isn’t throwing more balls into the strike zone (35.3 Zone% vs 33.3 Zone%) over his last 8 games, yet, the placement of his pitches has improved and resulted in better success as noted. Here’s an example of his fastball painting the strike zone for a strikeout against Dexter Fowler:

And another against Kyle Schwarber:

The same story is true as from earlier in the season — more emphasis on control instead of velocity will lead to success. A slower, more controlled fastball allows for Lorenzen’s other pitches to be more effective. Lorenzen’s walk rate (14.7%) remains a huge problem. But Lorenzen doesn’t need to overpower batters with his fastball. A 0.116 xBA and 0.285 xwOBA is enough proof to show for that.

Lorenzen has earned a spot start tonight against the Pittsburgh Pirates. It will be his first start of the season at a monumental part of the Reds final stretch. The Reds are only 1.5 GB the St. Louis Cardinals for 2nd place in the NL Central and 1.0 GB the San Francisco Giants for the 2nd Wild Card spot in the NL. The Reds are relying on Lorenzen to give them multiple innings of solid pitching before going to other relievers.

I’d like to see the spin rate on his fastball from the beginning of the season to now. With my eyes it seemed faster but much straighter. Now it seems to have much more movement on it. I wonder what changes were made to accomplish that.