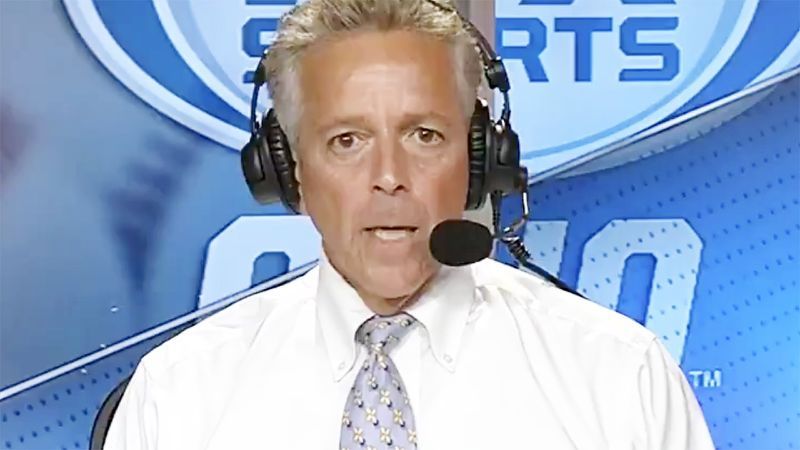 On August 19, the Cincinnati Reds suspended broadcaster Thom Brennaman for using a homophobic slur picked up on a live microphone. Late that night, the Reds issued a strong statement, describing Brennaman’s language as “horrific” and that the club had a “zero tolerance” policy toward this and other forms of discrimination. The National Football League, Brennaman’s other employer, cut its ties within 24 hours.

Over the past month or so, the Reds have remained silent about Brennaman’s ultimate fate. Today, we found out. Brennaman told WCPO anchor Evan Millward that he was resigning from his job with the Reds. Here is Brennaman’s statement:

“My family and I have decided that I am going to step away from my role as the television voice of the Cincinnati Reds. I would like to thank the Reds, Reds fans and the LGBTQ Community for the incredible support and grace they have shown my family and me.

To this great city, my hometown, a sincere thank you. I truly regret what I said and I’m so very sorry. No one loves this town more than me.

I have been in this profession that I love for 33 years. And it is my hope and intention to return. And if I’m given that opportunity, I will be a better broadcaster and a much better person.

I am grateful for the forgiveness so many have extended to me, especially those in the LGBTQ community who I have met, spoken with and listened to almost daily over the last five weeks. With their continued guidance, I hope to be a positive voice for change.”

That puts an end to this awful incident that tarnished the reputation of the team and city of Cincinnati, one that had caused pain for many.

The writing was on the boardroom wall but it took a while.

One can imagine the competing pressures exerted on Reds owner Bob Castellini. That would include from Brennaman’s father, something the NFL didn’t face. But fair or not, no matter how much time passes and apologies are repeated, in the minds of too many people Thom Brennaman’s voice will recall prejudice and hatred. That’s not a quality businesses seek in their public voice.

In the end, not only was dismissing Brennaman the right thing to do, there was no reason to save him. Jim Day and Chris Welsh have proven to be an improved and outstanding broadcast team at FSO. They are prepared, not driven by an agenda or grudges against players and are wide open to the changes taking place in the sport they cover. It would be absurd for the club to take the public relations hit of bringing Brennaman back when it would make the broadcast worse.

Matt Wilkes and I made our thoughts clear when we published the only joint statement in our site’s history. Our conclusion:

“We’re not saying people should hate Thom Brennaman or that he’s not worthy of forgiveness. Or that we shouldn’t hold out the possibility of redemption. We’re not saying he should never work again. But Brennaman has a mountain of work to do before he should ever be considered as the voice of an organization.

Before we rush to the forgiveness part, let’s be clear about what happened, how behavior like this causes real hurt and how it isn’t acceptable. Let’s grasp how the excuses are insufficient and often disgusting themselves.

We all know workplace rules. You can’t be violent. You can’t be insubordinate. You can’t voice bigotry. And you can’t earn the right to do those things through seniority, performance or because of who your father is.

If the Reds fail to fire Thom Brennaman, they would say that employees can earn that right in their workplace. That message will ring louder than Thom’s words last night. In failing to fire him, the Reds organization would be showing us what it really is.”

You’re free to interpret Brennaman’s resignation today however you want. To me, it looks like the Reds allowed Marty’s son as graceful an exit as possible, but held firm on their stated zero tolerance policy. I doubt the timing was a coincidence. This news, and thoughts of Thom Brennaman, will be swept aside by the flood of interest in the race for the postseason and attention to tonight’s game. It’s a fitting end. 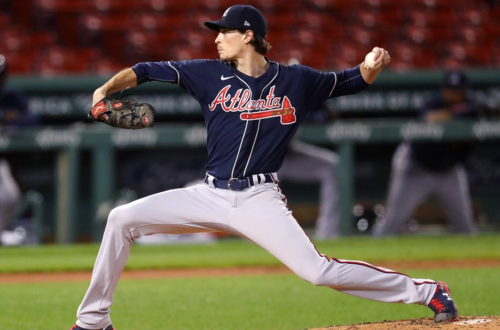 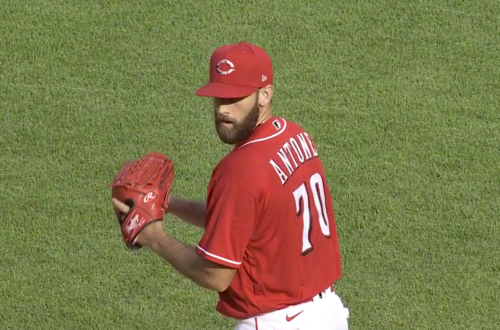 I agree the Reds did what they had to do. Also that he seemed to know almost nothing about baseball and listening to him had become more and more annoying. I enjoy listening to Jim Day and Chris Welsh as a team, Welsh is so knowledgable and Day is such a pro.

It’s a fitting end between the Reds and Thom Brennaman but it would be a sad ending to his broadcasting career. I hope he makes a comeback (not in baseball) somewhere someday, as a wiser and better broadcaster and person.

Thank goodness. I started listening to the other team’s feed so I didn’t have to listen to his droning. I hate that it went down this way but Jim Day and Chris Welsh have made me enjoy listening to the Reds channel again.

It’s been so refreshing not having to listen to Thom’s nonsense on a daily basis. This has been long overdue based on quality of work alone. He was almost impossible to listen to.