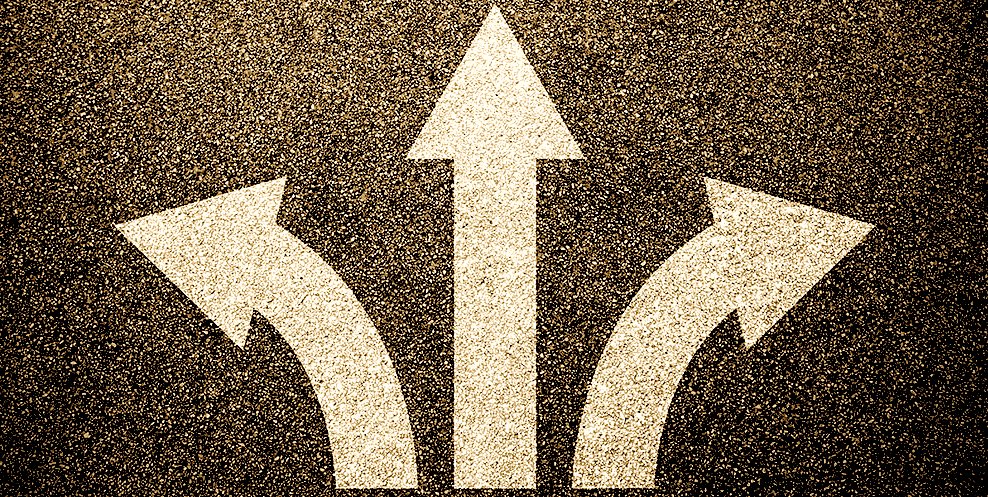 Reds fans received surprising news this morning that President of Baseball Operations Dick Williams is resigning to return to the private sector.

By all accounts, this was a decision made by Williams to devote more time to his family and family’s business. Given the changes we’ve all lived through since March, it’s hard to question any re-evaluation of priorities. Williams has worked for the Reds for 15 years. He talked about his departure to reporter C. Trent Rosecrans for a story that was published this morning.

Besides, the idea of the Reds firing Williams doesn’t make sense. Not only would it be way  out of character for the Reds organization to axe one of its presidents, let alone one with his last name and lineage, but the team just made the postseason. Even though I’m a skeptical person when it comes to stated reasons for officials leaving organizations, the public explanation holds together in this case. 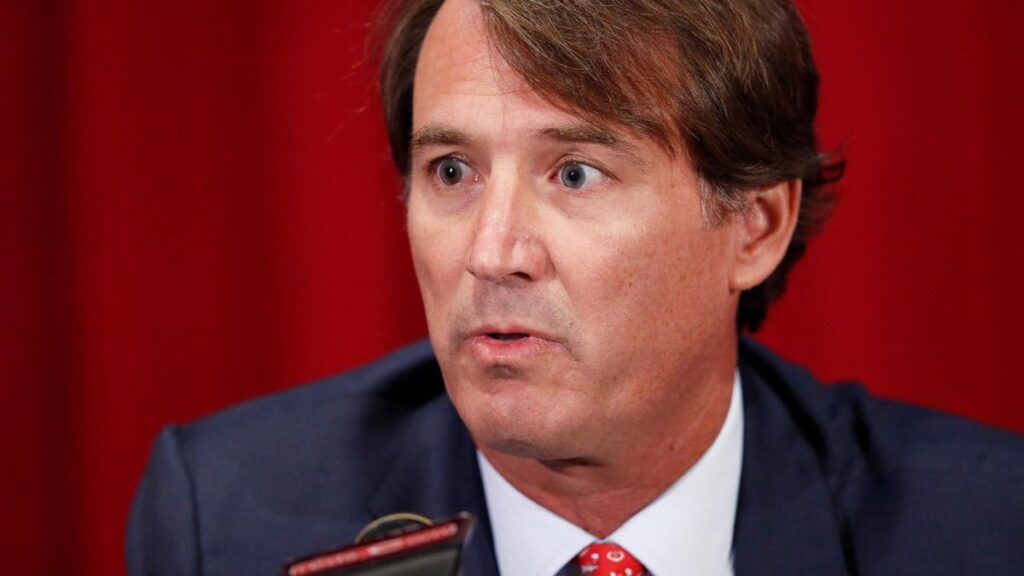 Dick Williams formally took over running the Reds for the 2017 season. But the transition from Walt Jocketty to Williams wasn’t clear cut. Williams had substantial input with Reds decision making for a couple years prior to that. And with Jocketty hanging around in an advisory role and enjoying a long history with ownership, it wasn’t clear until the fall of 2018 the club was in Williams hands. The hiring of David Bell and staff put that to rest. More on that in a minute.

Williams came to the Reds organization a young man in an entry level job. His background was investment banking and venture capital, not baseball. In several respects, that experience served him well. He came to baseball management with a fresh, all-company perspective.

One deficiency in Jocketty’s tenure was how narrow he viewed his role. I once heard him described by a long-time employee of the organization as “nothing more than a glorified personnel director for the major league club.” The Reds minor league program suffered in the Jocketty years from a lack of direction and coordination.

Dick Williams had a broader view of his role, one of fixing the entire organization, top-to-bottom. In this sense, it helped that Williams wasn’t an old-time baseball guy. He looked in every dusty neglected corner of the Reds operation with the precision of a venture capitalist. He had ownership channel resources in minor league coaching, facilities, scouting, Pacific Rim and Latin American markets, nutrition, rest, technology and player development. When he hired Bell’s coaching staff, he made it known they would be responsible for implementing a sorely needed coherent, organization-wide instruction plan.

Jocketty was also behind the times. That wasn’t his fault. He was one of the best GMs of his generation. But starting around 2000, baseball organizations had access to data and new thinking about ways to win games. In the last few years, the job of running a major league team has become altogether different than it was ten years ago. Some organizations welcomed this information and thinking, others put less value on it. The Reds were in the latter category.

Those basic decisions were made by ownership. You don’t put a person like Walt Jocketty at the top of your organizational chart if you want to modernize. Cardinals ownership fired Walt Jocketty in 2007 because he wasn’t receptive enough to change. Jocketty found a comfortable home in Cincinnati with Bob Castellini for another decade.

Dick Williams’ background in business made him open-minded about data and the edge it provides. Williams wasn’t locked in to the creaky way baseball teams had been run for decades. He impressed peers with his intelligence and analytical skills. He was open and candid with fans and the media, even social media.

But Williams’ inexperience with the industry of baseball was not without short-term costs. He had to develop baseball wisdom and judgment for top-level decision making. Eventually, Williams developed a clear-eyed plan for how to build a 21st-century baseball team. The hiring of David Bell, Derek Johnson, Caleb Cotham and Kyle Boddy reflected that turning point.

Progress in the Win-Loss column has been frustrating for Reds fans. Believe me, it was too slow for Dick Williams. I was part of a group of Reds bloggers who met with him a couple years ago. His frustration with the lack of development of Reds starting pitchers was palpable. We asked him if he was thinking of adding one or two starting pitchers, he said “how about three?” In the short-term, that exasperation produced Sonny Gray, Tanner Roark and Alex Wood; a few months later, Trevor Bauer.

How to hire the next person

Let’s assume Williams’ departure from the President’s job was voluntary and that this move doesn’t foreshadow broader house-cleaning. Reds ownership could pursue a number of paths.

The least disruptive would be to promote General Manger Nick Krall into the President job and call it a day. That would maximize continuity. They wouldn’t even have to fill the GM job. Or they could just get rid of the President title and leave things as they are.  Along those lines they could promote Krall and fill the GM job from inside.

Any of these moves is possible. Reds ownership has been nothing if not insular in hiring.

A different course would be hiring an external replacement for President or GM. That’s where the large risk-reward lies. Not all external candidates are the same.

Brilliant, modern, young GMs and Assistant GMs can be found throughout baseball’s top organizations, people who have been involved with successful player evaluation, development and new thinking about winning baseball games.

The other extreme would be an old-school hire. A pal of Jocketty’s for example. Or a popular former Reds player, one who might have face-of-the-franchise charisma but not the experience this job now takes.

Running a baseball team today is an off-the-front-pages, nitty-gritty job, as Dick Williams described today in his resignation announcement. It involves many people offering input and insight. Remember when Walt Jocketty left town for Florida right before the trade deadline and explained that he didn’t want to be bothered by everyone on his staff offering suggestions?

One hiring path leads forward. The other a big step back. It’s crucial that changes Williams has implemented stay in place as a baseline.

I’ve preached for years the Reds would benefit from outside influence. They were crippled by myopia and nepotism. If I could, I’d scream this from the top of the Great American Tower: Optimal candidates don’t need a Cincinnati connection, a Reds tie or a familiar name.

To be sure, a Cincinnati connection doesn’t  disqualify a candidate, but any hire should have important experience beyond the Reds.

Look at how two outsiders have modernized the Reds operation. David Bell brought experience as the Cardinals bench coach and the Giants player development officer. He saw first-hand how successful organizations operated. Bell brought analytics from the Reds boardroom to the dugout because he knew what other organizations did. Derek Johnson and his staff have revolutionized Reds pitching development with the knowledge they gained from other organizations. Who knows how that 2016-2018 generation of Reds pitchers would have turned out if they’d had earlier, smarter development?

The Reds should conduct a full search as Williams did when hiring Bell. If offering the President job, as opposed to the GM job, brings a step-up in talent (it might or might not), that’s the course they should take.

Theo Epstein making a transition to leave the Cubs.

If they go within and promote Nick Krall as you mention as a possibility what about Sam Grossman the Vice President, Assistant General Manager as GM? He is a modern analytics guy.

If they look outside I hope they look at Kim Ng. I think she has been passed over several times for GM positions and is currently the Senior Vice-President for Baseball Operations with Major League Baseball. She has to be smart, she graduated from the University of Chicago!

It wouldn’t surprise me if they promote Sam to take Nick’s place. But I hope they don’t do that because Sam is a Reds lifer. Plus, they need to add brain power. If they just promote Nick and Sam, Dick Williams’ resignation will be a significant net loss in that regard. Kim Ng would be great, from everything I’ve read.