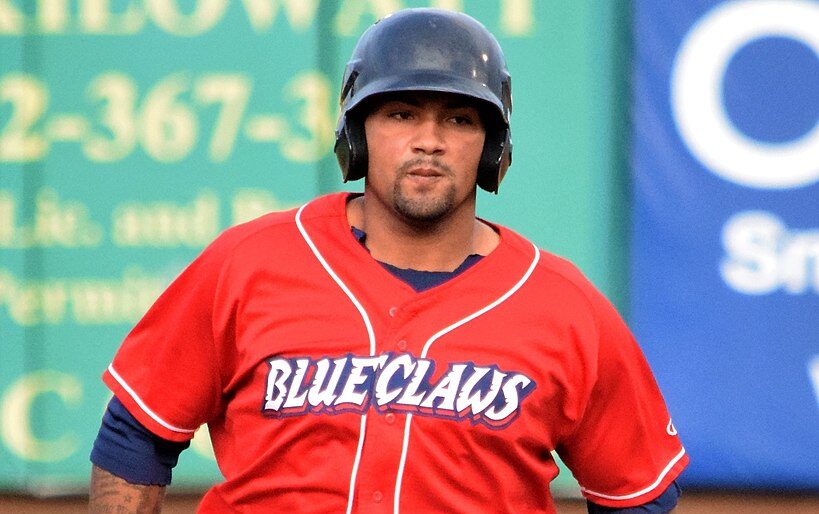 After non-tendering Curt Casali earlier this month, the Reds added catching depth on Wednesday by claiming Deivy Grullón off of waivers from the Red Sox. The 40-man roster now stands at 33 players, four of whom are catchers: Grullón, Tucker Barnhart, Tyler Stephenson, and Kyle Farmer.

Grullón is just 24 years old, but he’s been in professional baseball for a while. The Dominican-born catcher signed with the Phillies as a 16-year-old in 2012, when he was a top 20 international prospect according to MLB Pipeline. Signing teenagers is no sure bet, however, and Grullón struggled mightily at the plate in his first five professional seasons. When he reached Double-A in 2018, he started to tap into the power potential in his 5-foot-11, 240-pound frame.

Despite his upward trajectory, the Phillies designated Grullón for assignment in August after he couldn’t crack the expanded 28-man roster. He was claimed by the Red Sox but again received only limited playing time with four plate appearances. Boston designated him for assignment this week.

Although he hasn’t received a chance to show it in the majors, Grullón’s last two minor league seasons suggest he’s starting to figure something out at the plate. He’ll be just 25 at the start of the 2021 season (whenever that may be), making this a worthwhile roll of the dice for the Reds. The power potential is legitimate, and every scouting report available raves about his cannon of an arm behind the plate. There are some concerns about his mobility behind the dish due to his large build. He’s also been too aggressive in the batter’s box through most of his professional career — he has a low 6.5% walk rate — but he did make strides in that department in 2019.

Grullón still has two minor-league options left, meaning the Reds can safely keep him in Triple-A Louisville as Barnhart and Stephenson split up the catching duties in Cincinnati. Grullón is unlikely to ever become an everyday catcher, but he should provide solid depth as a third option.