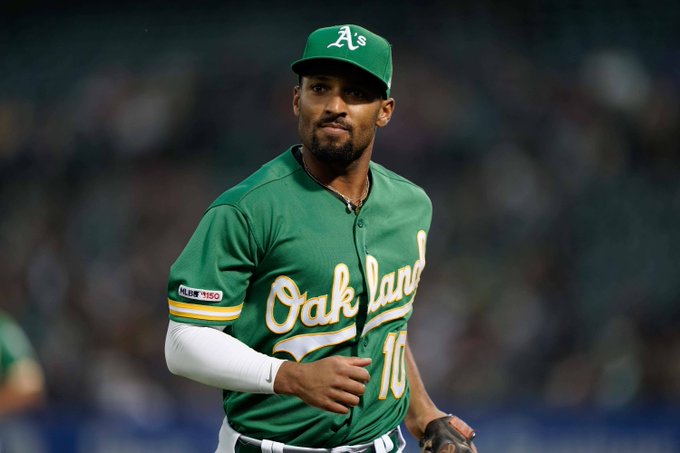 In early November, I took a look at players the Reds could potentially target at shortstop. Since then, the free agent and trade markets have both begun to move, though there are still an abundance of unsigned free agents.

Shortstop options have already been moved in trade. Francisco Lindor was dealt by Cleveland to the New York Mets in exchange for Andres Gimenez and Amed Rosario, as well as prospects Isaiah Greene and Josh Wolf. The Mets also acquired Carlos Carrasco in that deal. Free agent shortstop from Korea, Ha-Seong Kim, is also off the table, having signed a four-year, $28 million deal with the Padres.

With that in mind, let’s check back in on some remaining shortstop options for the Reds.

Trevor Story Story remains the cream of the crop among trade targets and the only undoubtedly elite option left on the board. The other elite shortstop on the trade block, Francisco Lindor, has since been traded to the Mets. The third elite rental, Corey Seager, was never likely to be available, and his availability would have likely been tied to the idea of the Dodgers acquiring Lindor.

There’s still a ton to like in Story, an above average player on both sides of the ball. The one positive of the Lindor trade is it helped set the standard for what a trade package would look like. Though the Mets also acquired Carlos Carrasco as part of the Lindor trade, it’s evident that the Reds wouldn’t have to give up as much for Story as some originally may have thought.

Carlos Correa A clear tier below Story, there’s still a lot to like with Correa. He has a career 126 OPS+, a mark actually better than Lindor and Story. He is also an above average defender and is just 26 years old. Like Story, Correa is a free agent after 2021.

However, he comes with his own red flags. He’s coming off a down year and it’s unclear how much of a benefit he truly got from the Astros’ sign stealing scandal. He also has a lengthy injury history, having played 110 or less games in all but one season in his career.

It’s likely he could be had a lot cheaper in trade than Story. He’s also projected to make significantly less in 2021, with MLB Trade Rumors’ high end projections projecting him to make $10.2 million.

Willy Adames Adames is potentially the most interesting trade target for the Reds, though not because he’s a well-known superstar. The underappreciated Rays SS comes with four years of club control, and won’t even be arbitration eligible until next year.

Adames has been a slightly above average hitter throughout his career, and his numbers are much better outside Tropicana Field. A change of scenery would likely suit him well and take him to the next level. He’s also known as a very good defender. For more on Adames, check out this article from September.

With multiple shortstop prospects in the organization and near MLB-ready, and the Rays always listening on every player, he could certainly be had for the right price. It’s unclear what that price would be, though the Reds could go about it multiple ways. They could send a prospect package to Tampa, or involve MLB talent such as Sonny Gray.

Gleyber Torres A name not included on the original list, Torres makes a lot of sense as a trade target. He’s coming off of a bit of a down year, but was still above average with the bat in 2020. He’s just a year removed from a .278/.337/.535 slash (127 OPS+). Though not regarded as a great defender, he’s still young and has potential to improve.

Torres, like Adames, comes with four years of club control. He could potentially be moved to second base down the line once José Garcia is MLB ready, which would help his defensive value.

Torres seemed unlikely to be made available a couple months ago, but with rumors tying Andrelton Simmons among others to the Yankees, they may be looking to move on.

It’s unlikely the Yankees would move him for a prospect package, though possible the Reds could entice them with the right deal. If they are going to acquire Torres, the Reds would likely need to move Luis Castillo. A potential deal would likely involve the Yankees sending Torres and a couple prospects to the Reds for Castillo. Pitchers Clarke Schmidt and Deivi Garcia both make sense as secondary pieces the Reds could target if they pursued this path.

Javier Baez Another player that wasn’t included on the original list, Baez is a pure rental. He’s coming off a downright awful year (59 OPS+) but has a good previous track record. He’s also regarded as a very good defender.

It also seemed unlikely that he’d be moved a couple months ago, but the Cubs have since parted with Yu Darvish and are rumored to be listening on Willson Contreras and Kris Bryant, among others. Seemingly in full salary cut mode, the Cubs would likely listen on Baez as well.

The Reds could take advantage and take on Baez’s salary in exchange for sending a smaller package to the Cubs, much like the Padres did with Darvish. In acquiring Baez, the Reds would be hoping for a rebound. It’s unclear if the two teams would make an interdivision trade of this magnitude, but not without precedent.

Miguel Rojas Rojas may be the one player on this list that is less likely to be traded at this point. Still a pure rental, the Marlins seem set on adding and contending in 2021. Rojas still could be expendable with prospect Jazz Chisholm waiting in the wings.

Though likely not the huge splash fans hope for, it’s likely that the Reds could acquire Rojas for a mid-tier prospect, allowing them to both save money and save prospects while upgrading at shortstop. Rojas is a good defender that’s, at the very least, unlikely to significantly hurt you with the bat.

Chris Taylor As mentioned in the original article, Taylor would represent a less flashy move but still be a meaningful upgrade. Unlike most of the others on this list, defense is not his strong suit, but he’s above average with the bat.

Coming at a $7.8 million cost in 2021 before becoming a free agent after the season, he wouldn’t put too much of a strain on the Reds’ budget. He’d also likely come fairly cheap in trade, with the strength of the Dodgers’ roster making him expendable.

Marcus Semien Of the free agent shortstops, none stand out more than Semien. A third place finisher in the 2019 AL MVP vote, he’s coming off a down year at least partially impacted by injury.

There was buzz earlier this offseason that Semien could be among the first free agents to sign, though he’s still on the market. It’s possible he will sign a short term deal to attempt to rebuild value, and the Reds present a great opportunity to do just that. Potentially complicating the fact, however, is the rumor that teams have expressed interest in moving Semien away from his natural shortstop, expanding his market.

Didi Gregorius Perhaps the name tied to the Reds most frequently this offseason, a reunion with the former Red still seems very possible. Still, Gregorius doesn’t appear to be the best option for the Reds given underwhelming StatCast numbers that cast doubt on his offensive success.

Complicating the Gregorius market is the rumor that he may be the Yankees’ fallback option if they fail to re-sign DJ LeMahieu. The Reds would be ill-advised to get into a bidding war for a shortstop with this many question marks. As a fallback option, he makes plenty of sense, but the Reds should pursue other options first and avoid overpaying.

Andrelton Simmons It’s not entirely clear that Simmons would be a good fit for the Reds, but his name has still been tied to them this offseason. Calling Simmons a defense-first shortstop is the understatement of the century. He’s nothing short of an elite defender, though a below average hitter for most of his career.

At his best, imagine an average hitter and Gold Glove defender; basically everything fans expected José Iglesias to be. At his worst, the bat is barely passable, to the point where José Garcia may well be the better option.

Signing Simmons would be a massive gamble leaving the Reds desperately hoping for rebounds from their other hitters and a return to 2017-2018 form for Simmons. A backfire could leave the Reds in the same position they were in 2020, with a lineup that fails to pack enough punch. Still, he’d likely come cheap and on a short deal, so he could be worth a look if all other options become exhausted.

I wonder if Yanks would give up Gleyber Torres, Clint Frazier and Jonathan Loiasiga for Castillo and Castellanos? Reds payroll down to 105 ish and could sign another starting pitcher and there may be some pretty good RP’s signable in the near term for pretty low av. The trade passes on mlb trade simulator. If reds scouts feel that Frazier and Loiasiga still have serious upside, this could extend our window. Control all three players through 2024 season.

Giving up Castillo really hurts a teams chances in the playoff’s big time, but Torres is age 24 with serious upside and can slide to 2b as you mentioned. I can’t hardly resist this idea.

Thanks for the write-up Kyle! The trade rumors re: Luis Castillo haven’t made sense to me, as far as return value for the Reds.