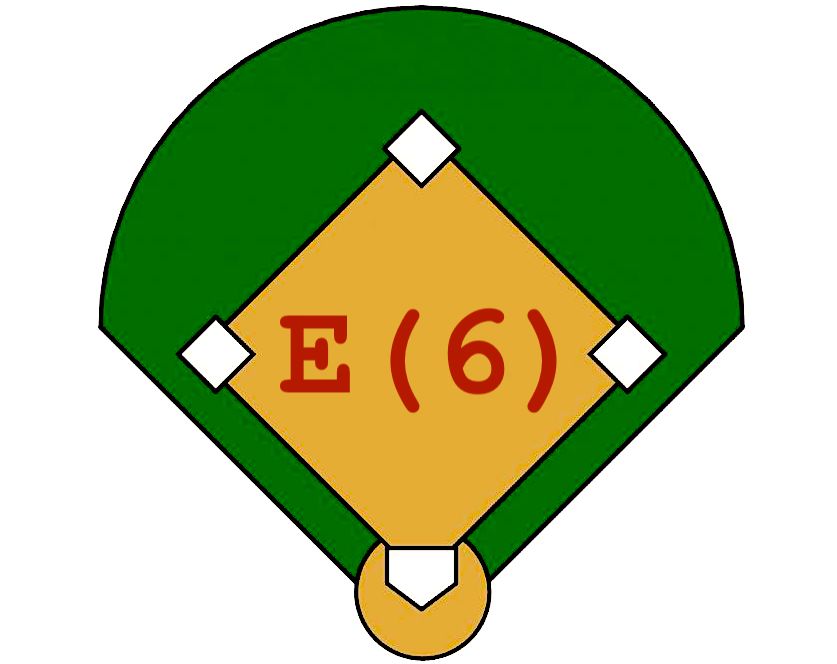 We were told acquiring a shortstop was an offseason priority. We understood all necessary scouring of shortstop free agent and trade markets would take place. We were assured the salary dump of Raisel Iglesias and Archie Bradley was about reallocating resources toward positions of need like shortstop.

Yet as spring training in Goodyear begins, the Reds shortstop menu is:

Let’s take a quick look at our choices.

The Kyles Platoon That would be Kyle Farmer and Kyle Holder. Reds fans are familiar with the Farmer (30) half. He would platoon against left-handed pitchers. Farmer did a better-than-expected job last season fielding the shortstop position. The question is his bat. This winter, general manager Nick Krall has pointed to Farmer’s strong hitting stats against LHP in 2020. He’s right about that, sorta. Farmer batted .400 against lefties, but it was only 26 plate appearances. Even then, Farmer showed little power (.080 ISO) and hardly walked (3.8 BB%). His batting average was inflated by an unsustainable BABIP of .435. That’s probably 130 points higher than Farmer can count on.

Kyle Holder (27) would be assigned the larger side of the platoon (right-handed pitchers throw 73% of all pitches). He hasn’t played above the AA level. Holder is a Rule 5 pick from the Yankees organization via the Phillies. Matt Wilkes wrote an early scouting report on Holder, who is a classic great-glove-no-bat shortstop. As Matt wrote at the time, Holder was acquired for depth — or a Pull In Case of Emergency lever — not someone to get three fourths of the Reds major league playing time.

Jose Garcia Reds fans got a close look at Garcia (22) last season. The young shortstop has long been regarded as possessing a major-league-ready glove. But before 2020 he hadn’t played above the A+ level. What caught everyone’s attention a year ago during the cut-short March 2020 spring training was his bat. Unfortunately, Garcia couldn’t replicate that success in Spring Training 2.0 and was assigned to the Alternative Training Site in Mason. But with the Reds bats struggling, Garcia was called up exactly half-way through the season to see if he could provide a spark to the offense.

He didn’t. In 68 big-league plate appearances, Garcia batted just .194/.206/.194 with no extra-base hits and only one walk. That’s a run production rate (wRC+) of 3 (three) on a scale where 100 points is MLB average. Most analysts still have Garcia ticketed as the Reds shortstop of the future, but that same consensus feels he needs more time in the minors.

Alex Blandino Blandino (28) played in 92 games for the Reds over the 2018 and 2019 seasons. Defense has been his calling card. Blandino was an All-American third-baseman at Stanford and had won the Rawlings Gold Glove Award as the best shortstop in the country when in high school. For the Reds, he played mostly second base, but also at third and short. He made cameos at 1B, LF and CF. In his 60 innings at SS, defensive metrics ranged from neutral to slightly positive.

Dee Strange-Gordon Last, and least, is veteran Dee Strange-Gordon (32), who is signed to a minor league contract and, unlike the others mentioned so far, is not on the 40-man roster. Strange-Gordon has played the last three seasons for the Seattle Mariners. He appears to be an unlikely candidate for Reds shortstop since he hasn’t played the position regularly since 2013, when he subbed a month for Hanley Ramirez, who was the Dodgers starting shortstop. He’s played 113 innings at SS since Kim and Kanye got engaged and Ben Affleck became Batman.

Strange-Gordon has played second base most of his career. Never at third or first. He did log a horrendous 435 innings in CF for the Mariners in 2018. Further, Strange-Gordon has been one of the worst hitters in the major leagues for several years. Matt Wilkes chronicled this in his scouting report of Strange-Gordon a couple weeks ago. The infielder hits for no power and never walks. As Matt pointed out, Strange-Gordon’s average exit velocity since 2015 has been second-worst in MLB (to Billy Hamilton) and since 2018, he has the worst xwOBA (.275) among all qualified hitters.

Of note: FanGraphs publishes projections for each player from four professional services (ZiPS, Steamer, Bat X and ATC). Each of those services projects Alex Blandino to be better than Dee Strange-Gordon at run production and defense.

Strange-Gordon’s minor-league deal is of little risk to the club. But it was still hard to figure why the Reds would even sign him. That is until the club announced this week that Barry Larkin would become a color commentator for the TV broadcast.

On the day Larkin’s new job was announced, the Hall of Fame shortstop and Cincinnati native was asked about the Reds shortstop position in 2021. He was unusually opinionated for a broadcaster. Larkin was “most excited” about Dee Strange-Gordon and said he believed Strange-Gordon “could play shortstop” and be “very good at the big league level.”

It was baffling that Larkin would single out Strange-Gordon. Well, turns out Larkin and Strange-Gordon lived down the street from each other in Orlando! According to Larkin, the two have been offseason workout buddies for ten years. “I’ve worked with him for the last ten years.”

Beyond endorsing Strange-Gordon, Larkin seemed to be against a SS platoon, saying: “My hope is that someone, whoever it is, gets an opportunity there for most of the year.” Larkin then lobbied for Strange-Gordon to “fill the slot until I believe Jose Garcia will be the guy.”

It’s hard to know what basis Larkin has, other than his friendship, for advocating for his neighbor. Strange-Gordon hasn’t been a shortstop for a long time and wasn’t particularly good at it then. He hasn’t even been that successful at second base.

Prior to Larkin’s interview, general manager Nick Krall had been talking up the Kyles Platoon. When asked if Strange-Gordon had a shot at the shortstop position, Krall said the Mariners’ second baseman would get a look at short but was signed for a utility role.

That’s it. Those are the sad options at shortstop. How to describe the level of organizational failure?

Gigantic, tremendous, super-colossal, enormous, titanic. Any synonym for huge will do. It’s impossible to overstate the degree of fiasco.

A related consequence of the whiff at shortstop is the Reds appear to have sawed off the backend of their bullpen unnecessarily. When the front office rushed to ditch Iglesias and Bradley, Nick Krall explained the moves weren’t about saving money, they instead were reallocating resources, presumably for a shortstop. That impatience looks pretty, pretty costly now that they didn’t get their man. The bullpen fallout could be severe.

Assigning blame from the outside is tricky. Maybe ownership tied the hands of the front office by not giving it enough payroll to work with or rejecting trade ideas. It wouldn’t be the first time that happened. Maybe Nick Krall and the gang wasn’t able to figure out a trade that worked. Perhaps the organization as a whole underestimated how costly or difficult acquiring a shortstop would be — although a bunch of other teams seemed to handle it.

Beyond specific attribution of accountability lie broader questions. Who is running the Reds now?

The sudden departure of Dick Williams seems to have coincided with the Castellini family torch passing from Bob to Phil. The latter has done an admirable job for years with the non-baseball side of the organization. But Phil Castellini lacks background or expertise in the sport. What if the next generation of ownership wants to intervene even more in baseball business than the previous one? And if so, who has his ear? Perhaps the uber-popular former player (and buddy of Dee Strange-Gordon) who he’d just installed as TV broadcaster.

Deep breath. The E(6) debacle could, could turn out to be an insignificant mis-step.

After all, it’s still early. The front office has more than month before Opening Day to add what they need. A trade might shake loose as other teams recalibrate interests. The Reds could luck into a late signing like Derek Dietrich or Scooter Gennett who will pay improbable dividends for a month or more. Perhaps the Kyles will work out.

But as the club heads to Goodyear, it’s hard to have confidence in the post-Dick Williams regime. Their botching of the shortstop position, an urgent team need, was plain and embarrassing. Reds fans have to hope it isn’t foreshadowing.

Ok Reds our choices are Kyle Squared, The Kid, the Great Blandino, and Dee Strange-Glove.

Thanks. Not sure how much of the blame goes to Krall. Surely part of it for not coming up with a trade.

We don’t know what Krall’s constraints were. What I dislike is the lack of honesty. As Steve said, we were told that letting Iglesias and Bradley go was about reallocating resources. Reallocating them where ?

A less than average SS is bad. A weak bullpen is a disaster and makes it unnerving to watch a game – no lead is safe.

I’m not sure this is any more reassuring, but it’s possible they made a sequencing mistake. They should have waited to see if they got the shortstop before dumping Iglesias.

I think they will end up trading for Chris Taylor, whose salary the Dodgers can dump to get under the $250 million uber-luxury threshold.

Taylor is a great target. I’d thought the same about the Dodgers motivation. But Taylor is a nice player for them. And money seems to be not an issue for them this year.

Thanks for this post. When I was reading the post about Tyler Naquin I was wondering about the status of shortstop and hoped to see a post updating on us what was happening at the position.

Such a mess. Feels like the Kyles Platoon is the lead solution, with both of them being good defensively. But both leave a lot to be desired at the plate.