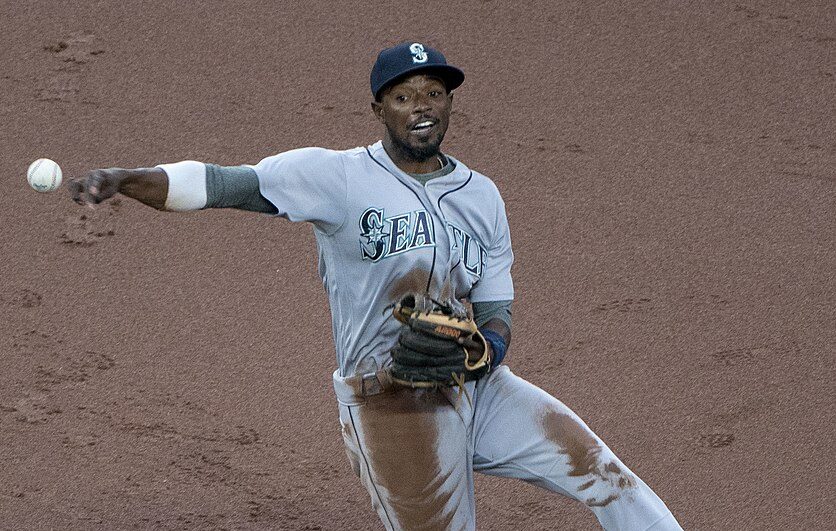 The Reds have signed middle infielder Dee Strange-Gordon (formerly known as Dee Gordon) to a minor-league deal, according to ESPN’s Kiley McDaniel.

Strange-Gordon is expected to compete for a utility role with the Reds, tweets The Athletic’s C. Trent Rosecrans.

Still, it’s hard to see where he fits. Strange-Gordon, who will turn 33 in April, primarily plays second base. He’s tried his hand in left field and center field, too, in recent seasons. Early in his career, he was a shortstop, which seems to be why the Reds were interested. The other shortstops on the 40-man roster are José García, Kyle Holder, and Kyle Farmer. But Strange-Gordon has not played shortstop regularly since 2013, when he was a member of the Dodgers. He’s appeared in only 16 games at the position in the last seven seasons.

If he’s truly competing to be a utility hitter and not the starting shortstop, it’s still hard to see where he brings much value outside of his speed, which ranked in the 86th percentile in 2020.

In his last three seasons with the Mariners, Strange-Gordon’s production has fallen off a cliff with a Billy Hamilton-esque slash line: .266/.293/.343 in 1,091 plate appearances. That equated to a 73 wRC+ (weighted runs created), the second-lowest mark among all qualified hitters since 2018.

The contact quality metrics are, unsurprisingly, poor as well. Here are the players with the worst average exit velocity since 2015, when Statcast data first became available (say hello to some familiar faces!):

That, paired with a horrible walk rate, has led Strange-Gordon to a .279 xwOBA (expected weighted on-base average). Since 2018, he has the worst xwOBA among all qualified hitters (.275).

Defensively, Strange-Gordon rates out as below average over the last three seasons as a second baseman (-5 DRS, -5.1 UZR, -9 OAA). He hasn’t played any other position enough to have meaningful data, but the center field experiment went poorly enough in 2018 that he hasn’t played there since. He didn’t log any time in left field until 2020.

The signing, although a low-risk deal, is a hard one to figure. Clearly, Strange-Gordon brings little with the bat in his hands. Plus, there’s no clear need or fit for him on the defensive side. The outfield, where he’s still relatively inexperienced, is already too crowded. Mike Moustakas is locked in as the everyday second baseman. Shortstop is open, but Strange-Gordon has barely played there in recent years. If the Reds are banking on him to come in and compete for the shortstop job, that seems like a losing bet — especially given that defensive metrics don’t even look favorably upon him at second base anymore. There just isn’t much upside.

Whether this is the Reds’ last effort to add a shortstop or not remains to be seen. As recently as Saturday, the team was reported to be in contract discussions with free agent Jonathan Villar. Per the Cincinnati Enquirer’s Bobby Nightengale, the Reds were also considering a minor-league deal for Villar. Reports have also linked the Reds to Indians shortstop Amed Rosario and Rays shortstop Willy Adames.

If Strange-Gordon ever starts a game hitting first in the order I am jumping out of my 11th floor window. I think Billy Hamilton is still a free agent. If the Reds wanted a speedy former shortstop (at least in the minors) with terrible exit velocity and poor on base skills they should have signed Billy.