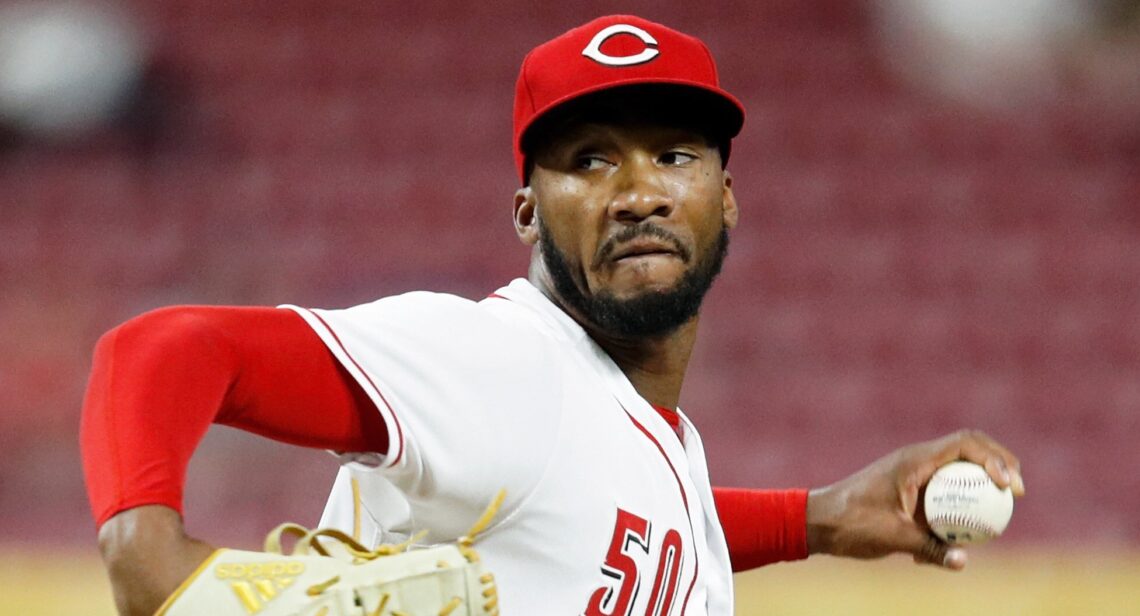 [Please welcome Steffen Taudal, who is joining our writing staff this season. — Steve]

With opening day closing in, the Reds have yet to make any firm decision on who will function as the team’s closer this upcoming season. Since trading Raisel Iglesias back in December, the Reds have made only a few signings to bolster their bullpen depth, none of whom have the resumé to warrant any serious consideration for the closer role, the sole exception being Sean Doolittle. But all signs point to his best innings being behind him. Reds’ pitching coach Derek Johnson has stated that the team will not have a set closer to start the season. Instead they will be opting for a closer-by-committee with Lucas Sims, Amir Garrett and Doolittle all in the mix. But the Reds are no doubt hoping that someone will step up and claim the full time closer role, and Garrett is betting on himself.

So let’s take a look at the strengths and weaknesses in Garrett’s case to be the Reds closer.

One could make a case for Amir Garrett as the most deserving of the promotion. Even a cursory glance at Garrett’s statistics over the past three seasons shows his confidence is not unfounded. The good in Garrett’s game is exceptional.

His strength starts with strikeouts. Garrett’s ability to strike hitters out has been rising throughout his career and culminated in strikeout rates (K%) of 31.7% and 37.7% the past two seasons. Garrett’s slider, among the best pitches in the Majors, had a ridiculous 57.1 whiff% in 2020. That means 57% of the time when hitters swing at Amir Garrett’s slider, they miss.

Garrett’s slider neutralizes left-handed hitters and works well against righties. Right-handed hitters had an xwOBA against Garrett of just .246 in 2020 and even lower at .233 in 2019.

These are excellent numbers, and taken in isolation would certainly instill any manager with confidence in making Garrett the closer for the 2021 season. But there are concerns as well.

Garrett’s control issues are well-documented. In 2019, Garrett finished with a walk rate (BB%) of 14.2% over 56 innings, which put him in the bottom 2% of the league that season. Matt Wilkes analyzed Garrett that summer and concluded maybe the lefty was throwing too many sliders. Garrett did cut his BB% to 10.1% in 2020, which put him squarely at league average (10.2%).

Given his walk-rate, it’s important for Amir Garrett to limit hard contact. To his credit, he managed that in 2019. The statistic xwOBAcon measures the quality of contact (“con”) a pitcher surrenders. It translates that contact quality into a weighted on-base-average that the pitcher would have given up. It’s the same stat as xwOBA except it excludes strikeouts and walks to focus just on balls that were hit.

In 2019, Garrett’s xwOBAcon was .336, which was about 10% better than the league average of .362. Garrett also had an elite hard-hit rate, average exit velocity, expected isolated power (xISO) and percentage of barrels given up.

Unfortunately, 2020 was a step back in contact quality. Garrett’s xwOBAcon jumped to .399, well above league average. His other contact stats like hard-hit, exit velocity, xISO and barrels followed in the wrong direction. Garrett’s ground ball rate (GB%) also fell by about 10 percentage points.

The good news is that overall Garrett’s high strikeout rate and improved walk rate was enough to minimize the effect of all those hard-hit balls he gave up. It led to a tidy 2.45 ERA, 2.76 xFIP and 3.28 xERA.

When those balls start landing for extra-base hits — and they will — Garrett could be in trouble. 2018 might be a good indication for that. Garrett’s luck was about normal and his walk-rate was low, but his ERA rose to 4.29 and xFIP was up to 3.81. Those are still better than average, but not premium.

We all hope Amir Garrett has a great season. If he somehow finds a way to cut down the walks, it would do a lot to relieve Reds fans of their fears surrounding him as a closer. Failing that, Garrett will have to walk the tightrope of preventing good contact, and that can be especially dangerous for a reliever who has only proven capable of doing so for parts of his career.

Much appreciated Thomas! Glad you enjoyed it.