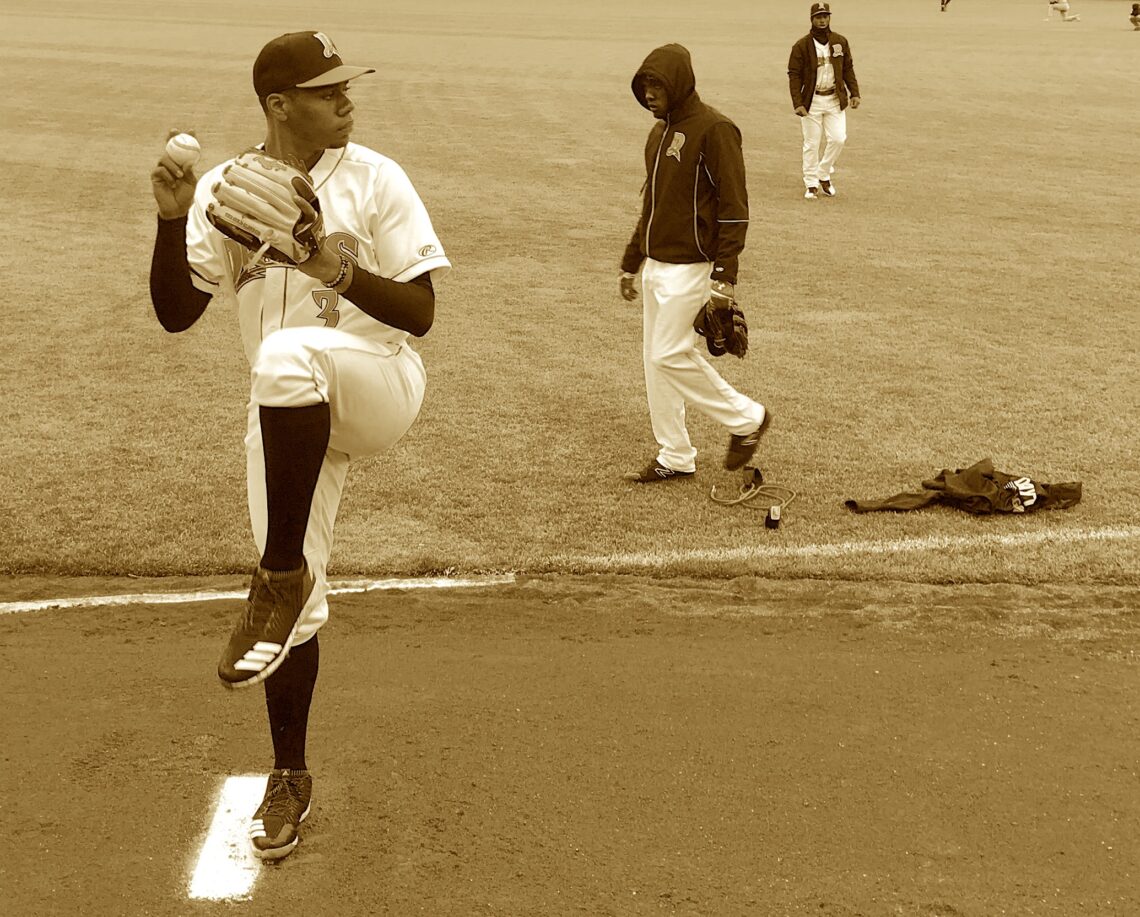 Let’s get this out of the way. Hunter Greene’s performance last night checked all the right boxes, several times over. If you were disappointed, you were suffering from unrealistic expectations or mistaken criteria.

The last time Greene had pitched in a professional baseball game was July 2018. That’s nearly … count them … one, two, three … three years ago. In the intervening time, he’s had Tommy John surgery and sat sidelined by a global pandemic. Given that context, your expectations were out of whack if you thought Hunter Greene should dominate professional hitters in his first inning back.

It’s also important to remember that the sample size of spring training’s entire slate of games is small and competition uneven. One at bat you’re facing a big leaguer, the next a minor league player. What does it mean to strike out the side against three AA-level players? How much is a home run worth off a guy who hasn’t pitched above A-level? It’s unwise to draw meaningful conclusions from results-based stats like runs given up and home runs surrendered. Let alone the first inning of competition in nearly three years.

When evaluating a pitcher, spring training walks can give us a rough idea of his command. Strike outs, less so an indicator of dominance without careful attention paid to quality of opposing batter.

That said, I get the hype and anticipation for Hunter Greene’s appearance.

After all, Hunter Greene and Nick Senzel should be the most valuable spoils earned by the Reds profound ineptitude on display during the club’s recent rebuilding seasons. Those two players were consecutive #2 overall picks in the 2016 and 2017 drafts. Reds fans paid for seeing Greene in a Reds uniform with an ocean of tears shed borne of the frustration and disappointment from those 94 losses in 2016.

It wasn’t just the depths of our despair that fed outsized hope for the 17-year-old. Greene arrived to us not only from his southern California high school, but also straight off the cover of Sports Illustrated. His SI story pegged the two-way phenom as “the star baseball needs.”

Though unless you attended a 2018 Dayton Dragons game, last night was likely the first time you’d ever seen Hunter Greene pitch. In fact, manager David Bell remarked after the game that it was the first time he’d seen Greene pitch live.

The build up for last night was an extension of our compulsive tracking of Green’s post-surgery progress. We chronicled his first day throwing, his long toss, his circus throw through the windows of a moving car and working with future Cy Young winner Trevor Bauer. Yes, Greene pitched in 2020 at the Alternate Site in Mason, but he wasn’t available for either iteration of big league spring training

You might be asking, if David Fletcher’s cheap ass lead-off single is nothing to worry about, if the home run Greene surrendered to Jose Iglesias is no cause for concern, if striking out light-hitting Phil Gosselin is no indication, then what part of last night does matter?

Hunter Greene is strong and healthy.

Beyond that, one common metric by which we can judge his fastball is pitch velocity, which was terrific. Much is rightly being made of Greene’s first three pitches and the stepwise escalating miles per hour … 101, 102, 103. In case you somehow missed it:

I suppose you could write that off to the excitement of the moment.

But the vast majority of pitchers couldn’t get their pitch velocity up to 100 mph even with a double shot of pure adrenaline. 17 of Greene’s 30 pitches were measured at 100+ mph, not just the first amped-up three.

It’s true that a 100-mph pitch isn’t the calling card it was when the Cuban Missile rocketed through the centerfield gate at Great American Ball Park. Last year, 29 major league pitchers hit that milestone. Michael Lorenzen was the Reds sole representative on that list, having accomplished it three times. But only two pitchers reached 102 mph (Jacob deGrom and Josh Staumont). And nary a single pitch was thrown at 103 mph, the speed registered by Hunter Greene’s third four-seamer of the night.

Safe to say the surgery hasn’t subtracted from his elite fastball velocity.

Velocity isn’t everything. Location and movement matter. High spin rates can be effective up in the zone. Trevor Bauer, Sonny Gray and Lucas Sims proved that. But Braves pitchers Max Fried and Ian Anderson showed Reds hitters in the postseason that low spin rates can work at the bottom end. A video Greene posted at Instagram from Mason showed him throwing a fastball with 2300+ rpm. That’s middling for now. We don’t have detailed data from last night to know Greene’s spin rate and movement.

What about Greene’s slider? He threw it several times last night.

Again, we don’t have much to go on until we see more detailed data on spin and movement. Recall, in an interview last July, Reds pitching guru Kyle Boddy described Greene’s slider as “unbelievable” and an “eye opener” and “truly a plus-plus pitch.”

It’s also tricky to judge a pitcher’s breaking ball in Arizona’s dry climate. The lack of humidity makes it harder for pitchers to grip and snap the ball. That degrades the break on sliders and curves.

Final thought: Don’t judge Hunter Greene’s talent based on last night. Think of those 30 pitches as a mouthwatering bite-size hors d’oeuvre for the delicious feast that Reds fans are about to enjoy courtesy of his powerful right arm.