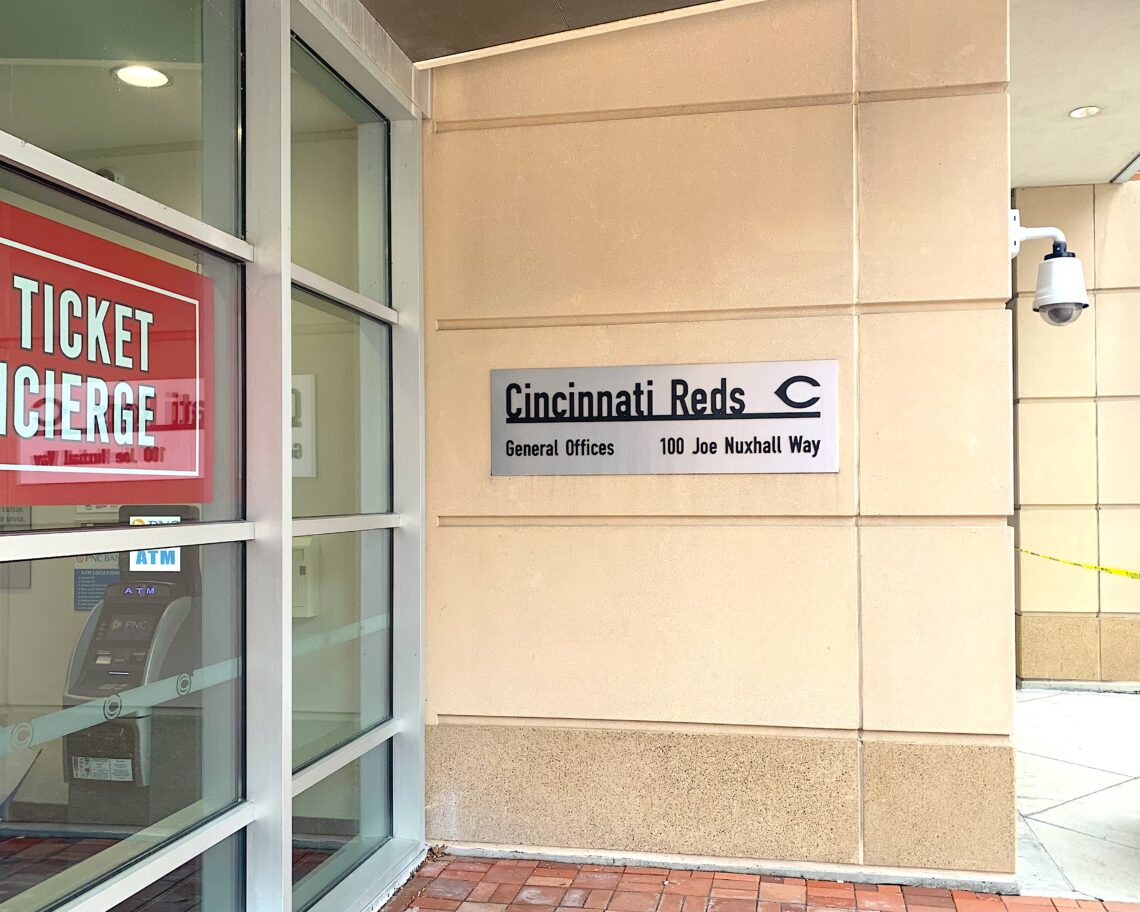 Fans of the Cincinnati Reds have ample reason to harbor skepticism about the team’s direction. We’ve been through a lot lately. There was that long, discouraging slog of back-to-back-to-back-to-back 90-loss seasons. The rebuild, such that it was, arrived in fits and starts. All that painful suffering has laid the groundwork for doubts. The 20-25 start to 2021 hasn’t helped quell the misgivings.

I’m not forgetting or trivializing that the club made the postseason last year. Just the opposite. That was a terrific accomplishment that hasn’t generated enough recognition. The bizarre 2020 season and the Scoreless in Atlanta series explain the shortage of credit. But the Reds did finish 31-29, tied for fifth in the National League and made the MLB postseason.

It’s that very success that makes what has unfolded in 2021 so troubling. Ownership chose to abort the plan to sustain the winning.

The Reds front office did have a plan. It began with the high draft picks and strategic trades to get the pitching. Luis Castillo and Sonny Gray were added long-term. The Reds brought in Trevor Bauer for 2019 and 2020. Bauer gave the Reds and their fans a Cy Young season, which while abbreviated was historic. Then ownership opened its wallet, plunking down $160 million in one offseason for Nick Castellanos, Mike Moustakas, Shogo Akiyama and Wade Miley.

Ownership boosted payroll from $100 million in 2018 to $150 million in 2020. That roster — with Bauer, Gray and Castillo leading the rotation, an experienced and deep home-grown bullpen, and the new bats plus Jesse Winker, Joey Votto and Eugenio Suarez — was supposed to power a 162-game push to the postseason. The excitement would crank up the turnstiles and pack Great American Ball Park. That attendance surge, plus postseason revenues, would pay to continue the run, and then some.

Unfortunately, the plan didn’t include a global pandemic.

When it came time to re-evaluate 2021, Reds ownership blinked. Instead of sticking with the payroll plan they ordered $20 million be cut.

To be fair, the Reds weren’t the only team who responded to the COVID financial fallout that way. Fifteen major league teams trimmed more than $10 million in salaries. Contenders like Atlanta, Cleveland, Houston and the Cubs slashed more pay than the Reds.

But not every team did. Even in the grim financial shadow cast by vacant stadiums, eight owners raised payroll at least $10 million; seven others, including the Cardinals, kept theirs about the same. If Reds ownership had simply held firm, like St. Louis did, there’s a good chance most of the bullpen wouldn’t now be a shambles or the team without a true shortstop. There might have been another bench bat or veteran pitcher to help weather the storm of injuries. There’s no way to know for sure, but we probably aren’t staring at 20-25 this morning.

When asked to explain the cutback, more than poverty, the Reds pled uncertainty. Back when decisions had to be made, there was no clarity when state-imposed capacity limits would be raised. Beyond that were questions about whether fans would remain skittish about the virus and not return in full force, even when allowed.

In a scripted interview this spring, Bob Castellini bragged about how he’d never had to ask his partners for a “capital call” – meaning a request for them to pitch in more money. He made a point of mentioning the ownership group had also never asked for dividends.

(Well, except that one time a couple years ago the Reds got a $50 million windfall from MLB for selling a chunk of its streaming service. Castellini dished that out to the owners. He talked as if it were a pittance, an afterthought, hardly worth mentioning. Try not to think about how many relievers, shortstops and bench players it would have paid.)

Happily, the worst-case financial scenarios for 2021 didn’t occur. Fans have been allowed back in GABP since Opening Day. As my morning email from the Reds reminded me yesterday, capacity limits will be lifted starting June 2.

Might that put the Reds ahead of where they thought revenues would be? That would be worth asking Nick Krall and Phil Castellini.

And regarding those growing doubts by Reds fans, ownership and the front office are lucky to have tangible options to rebuild faith. They must shake off the malaise and take smart and proactive steps. That would begin to answer legitimate questions about the direction of the club.

Imagine how it would change the way Reds fans viewed the team and ownership if the front office was able to lock up Jesse Winker and announce he’ll be staying here a couple more seasons.

Beyond those specific steps, ownership must restock and re-empower the baseball experts in the front office.

At the conclusion of the 2020 season, ownership moved to consolidate power in its own hands. The Castellini family chose not to hire a replacement for Dick Williams after he quit as President of Baseball Operations. For several reasons, Nick Krall has nowhere near the clout with ownership that Williams did. That was by design as ownership derailed the front office’s multi-year plan.

That power relationship needs to be reversed and decision-making re-centered with baseball experts. Ownership can fix this in three steps:

The exact wrong move would be making headlines with a firing followed by a splashy replacement hiring. Public relations moves geared to silence the loudest complaints won’t bring fans back. Only winning will.

Instead, the path to winning is hard, low-profile work. The Reds must maintain the organization’s commitment to scouting, development, data and the edge it provides that began in earnest a few years ago. Success at baseball now is all about figuring out the dimensions and implications of change. Organizations need to understand denying that comes at the price of ignorance and the cost of losing. So, hire experts who understand how the game is evolving, not people who resist it.

“Get out of the way. Owners are not experts at baseball” You hit the nail on the head with that statement. I suspect that has been the problem going back to the Walt Jocketty days including today.