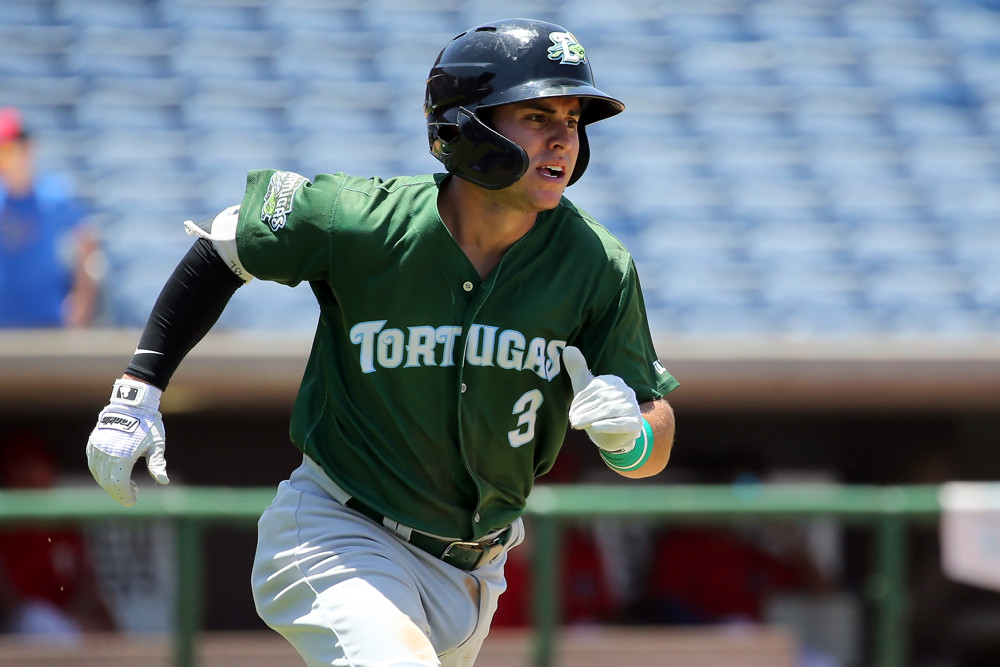 In an interview Thursday with Triple-A Louisville infielder Alejo Lopez, one thing was very clear: he’s hungry for MLB.

The 25-year-old switch-hitter has been on a tear so far this year and has only upped his performance since being promoted to Triple-A on June 2.

Lopez has shown that the level adjustment was an easy one to make, as he’s excelling in his first 15 games with the Bats.

When asked what his thoughts were on his performance in the minors so far, he merely seemed content, stating, “I didn’t come this far to be a good minor leaguer” and later alluding that he’d only be satisfied when he’s succeeding at the highest level.

He undoubtedly has been an elite minor leaguer this year, leading all of MiLB in hits (58) and flashing a 170 wRC+. When asked if anything has changed with his hitting this season, he simply stated, “I just know how to hit better. Know my swing better…. [This] gives you the chance to add power to it.”

Lopez has begun to show that added power after belting 2 home runs in AAA and 16 total doubles, 1 less than all of 2019 despite over 350 less PA.

Lopez is also benefiting from being a part of the Spring Training team this year. He noted that they were taught the same in both the major and minor league camps, but the added experience made a difference. He didn’t mention anyone in particular but said that he listened when the veterans were talking. The experience of spring training can benefit young minor leaguers, and it appears to certainly be paying off for Lopez.

Lopez could fit in well with the Reds MLB team, playing backup roles in the infield or outfield. With the Lookouts and Bats, he has played mostly second and third base, but he can play shortstop and first. He also played left field in the Mexican Pacific Winter League during the offseason. This makes him an asset to have on the bench and possibly an upgrade over current utility infielder Mike Freeman, who hasn’t produced as well as the Reds hoped he would when he was acquired from the Indians this offseason in exchange for cash. Freeman, hitting .190/.292/.190 in 24 PA, will need to make some adjustments — otherwise, Alejo Lopez seems like a more plausible replacement in the Reds lineup.

Lopez, who draws his inspiration for baseball from his father Alfonso Lopez — former professional player and current VP of Pericos de Puebla baseball team in Mexico — is ready for his opportunity in the big leagues. Much like we’ve witnessed from Jesse Winker, Nick Castellanos, Joey Votto, and cast, Lopez said he’s out there “really having fun” this season. I think he’ll fit right in with this Reds team. We could see him in a Reds uniform as early as the All-Star Break next month.

It seems to me if you bring up a top prospect from triple A he should get playing time and not be a utility player. I would like to see India play second all year long. If Moustakas has extended time on the DL then I would like to see the Reds keep Suarez at third and give Lopez extended play at short. Let’s see if Lopez and India can be a shortstop and second combo for years to come.