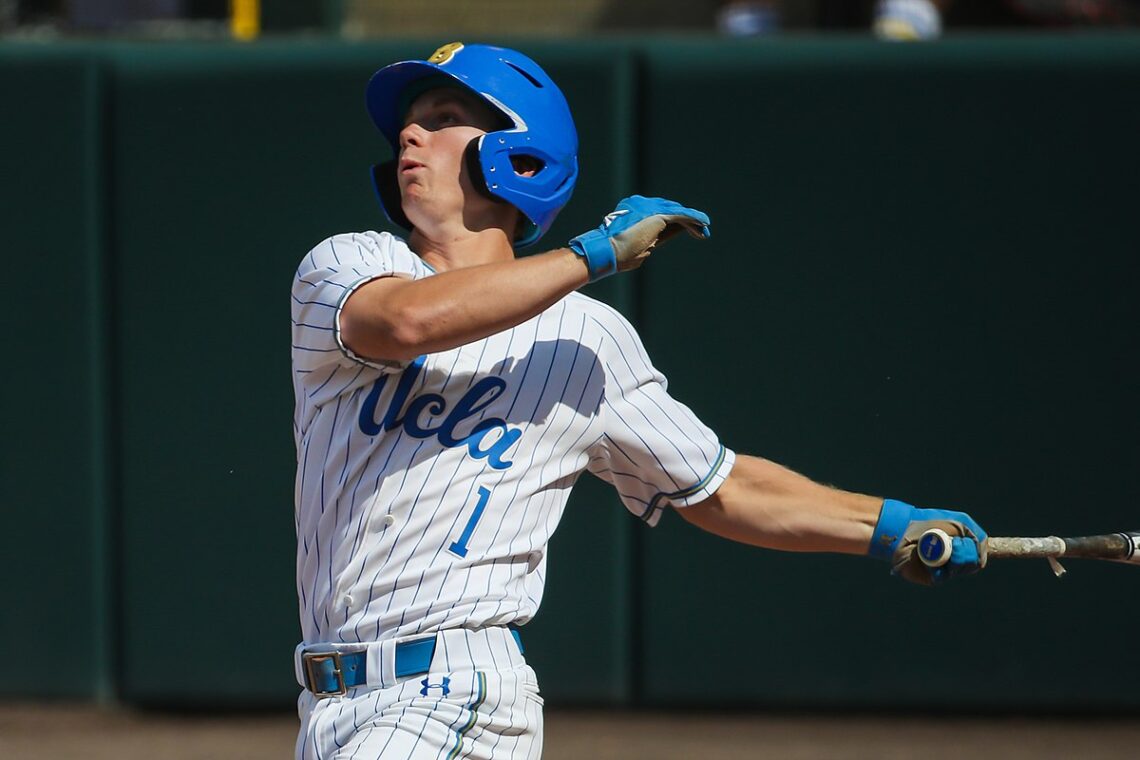 The first round of the 2021 MLB Draft is in the books, and the Reds led all teams with three picks on day one. Here’s what to know about each selection.

With their first selection of the night, the Reds chose Matt McLain, a 5-foot-11 shortstop out of UCLA who bats and throws right-handed.

McLain was drafted with the 25th overall pick by the Diamondbacks in 2018, but he chose to turn down the money and attend college instead. He struggled in his freshman season, hitting just .203/.276/.355 in 249 plate appearances while he was forced to play third base and center field due to UCLA’s depth at shortstop.

McLain’s power and plate discipline improved each year in college.

As a college player, McLain is inherently less risky than a high-school prospect, although he may not have the highest ceiling. One word that sticks out in a lot of scouting reports is “safe.” The feeling is that McLain will get to the big leagues quickly and hit for a high average with decent power and plus speed. Depending on the given scouting report you read, there’s skepticism about whether he can stick at shortstop in the long run. Some reports feel he’ll wind up at second base — where he played a bit in the Cape Cod League in 2019 — or center field.

Here’s what various outlets and writers have to say about McLain, who will turn 22 next month:

With their second selection of the night, the Reds took 6-foot-2 outfielder Jay Allen from John Carroll Catholic High School in Fort Pierce, Florida. He’s committed to play at the powerhouse University of Florida.

You’ll see the word “athlete” used a lot with Allen. He was a three-sport star in high school, also excelling in football and basketball. He threw for over 6,000 yards and 60 touchdowns on the football field and scored nearly 1,000 career points on the basketball court. A right-handed hitter and thrower, Allen batted .357/.491/.571 with 12 extra-base hits, including two home runs, in 108 plate appearances during his senior season on the diamond. The center fielder also stole 22 bases.

The other word you’ll see associated with Allen is “power,” as most scouting reports love his raw power and feel he’ll grow into more as he matures and gets stronger. Allen, of course, comes with some risk as any high school player does. The big concern with Allen seems to be with his ability to hit for contact. But with his athleticism, you have to think he’ll only get better as he starts focusing solely on baseball.

Here’s what various outlets and writers have to say about the 18-year-old:

With their third and final selection of the night, the Reds took Mat Nelson, a 5-foot-11 catcher out of Florida State University who also bats and throws right-handed.

Nelson’s power certainly sticks out — especially for a catcher — but so does his patience at the plate. He had a 13.5% walk rate during his college career. But there’s certainly concern about whether he’ll make enough contact in professional ball, as he also had a 24.1% strikeout rate. Defensively, Nelson is highly regarded for his arm strength. Reports are all over the place on his framing and blocking, however; some call him “fringy” while others feel he’s above average. As MLB Pipeline puts it, “how much a scout likes him will depend on when they saw him.”

Here’s what various outlets and writers have to say about the 22-year-old:

[…] five pitchers and four position players — all from the college ranks — to add to their three picks from day 1. Let’s review what to know about each player […]