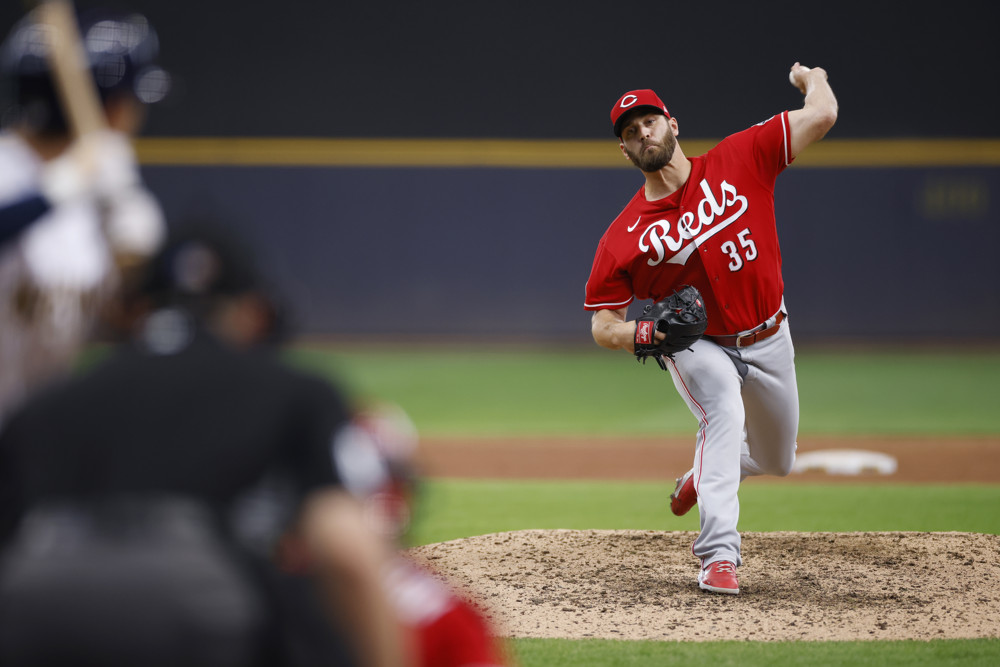 Coming off a successful series against the division rival Cardinals, the Reds arrived at Wrigley Field on Monday with a chance to face a team on the verge of a fire sale. In the past week, the Cubs front office has signaled they would be selling some key pieces, and the team was entering it’s final week before the teardown.

The team seemingly still in playoff contention had not acquired reinforcements yet, as they weren’t healthy enough, apparently. And, yet again, the Reds lackluster bullpen let them down. After going down 2-0 early, Joey Votto muscled the Reds even, and Kyle Farmer helped them jump ahead. They did receive some stellar bullpen work from Tony Santillan, but his job was tarnished by Josh Osich and Heath Hembree, as the Cubs battled back to walk-off the Reds on Monday night.

Throughout their series win against the Cardinals, it seemed as if the Reds were continuing to miss opportunities for big innings. They left 30 runners on-base across three games, including 13 in their 10-6 Sunday loss. In a must-win series against the Cubs, they could not afford to leave runs on the bases. Unfortunately, their woes continued.

Facing Cubs starter Kyle Hendricks, the first inning was quick work. Jesse Winker lined a single to left-field, but made yet another out on the bases trying to stretch it into a double. Hendricks was unable to work as cleanly through the second inning.

Joey Votto homered leading off the inning, lacing a 415-foot shot to right field. It was his 15th on the season, and it’s the first time since April of 2018 that he has hit a home run in three straight games. With two outs in the inning, Kyle Farmer knocked a triple into the right field corner, but would be stranded when Tucker Barnhart lined out to center field.

The Reds loaded the bases with no outs starting the third inning as Wade Miley (100.7 MPH), Jonathan India (100.9 MPH) and Jesse Winker (72.7 MPH). Aristides Aquino struck out for the first out, but Votto tied the game at two with a sac fly to right field. Eugenio Suarez flew out to right field to end the inning, stranding two runners, including India at third.

With Miley battling to keep the Cubs off the scoreboard, the Reds offense battled back to level the score once more in the fourth. Farmer completed the two hardest parts of the cycle, as he blasted a 96.5 MPH, 381-foot home run into the left field seats. He was the only Red to reach in the inning.

For the second time in the game, the Reds loaded the bases with nobody out in the fifth inning. India led off with a single, followed by Winker’s 111.6 MPH double over Bryant’s head in right field. After Aquino walked, Votto drew another walk, bringing in the fourth run of the game. Suarez followed with a strikeout before Tyler Stephenson pinch hit for Tyler Naquin. Stephenson chopped a ball over the mound that plated the Reds fifth run, extending the lead to two runs.

After being retired in order in the sixth and seventh innings, the first three reached in the eighth inning. Despite loading the bases for the third time with nobody out, the Reds were unable to scratch across an additional run, as Keegan Thompson got two strikeouts and a fly out. After leaving three more stranded, the offense had left eight on base and gone 1-10 with RISP.

With the game now tied, the top of the order had to face Craig Kimbrel in the top of the ninth. Jesse Winker led off with a walk and advanced to second on a 110.5 MPH single from Aquino. With two runners on and nobody out, the Reds once again had a massive opportunity with runners on-base. Votto was called out on a check swing, and Suarez followed with another strikeout. Kimbrel faced Shogo Akiyama with two outs, and his first pitch went to the backstop. Despite having both runners in scoring position, Akiyama was unable to deliver, striking out looking and leaving the ninth and tenth runners stranded on the night.

The last time Wade Miley faced the Cubs, he worked 6.1 innings while only allowing two runs. The problem in that start was the 10 hits he surrendered. Tonight was a similar story for Miley.

Miley opened the game with a groundout, but Willson Contreras hit the ball a whopping 108.2 MPH. After an infield single from Kris Bryant, which glanced off the glove of Miley, Anthony Rizzo gave the Cubs an early 2-0 lead with a 105.1 MPH, 411-foot blast to right field.

Jake Marisnick led off the second inning with a 96.2 MPH double into the left field corner, but Miley was able to strand him by retiring the next three hitters. He was not as lucky in the third, as he walked Bryant and Patrick Wisdom before facing David Bote with two outs, who looped a 63.9 MPH single to left-center field, putting the Cubs back on top 3-2.

In his last full inning of work, Miley worked through more trouble. After Nico Hoerner’s leadoff single (101.6 MPH) and move to second on a passed ball, Kyle Hendricks attempted to sacrifice Hoerner to third. Miley fielded and threw to third, but skipped the ball to Suarez, and everyone was safe. Contreras followed with a ground ball to third, and Suarez cut down Hoerner trying to score. Miley would later walk Rizzo with two outs, but fortunately got the third out escaped the inning without allowing a run.

Miley started the fifth with a walk to Wisdom before getting a ground out from Bote, which was his final out of the game. The next two hitters reached on a single and a walk, ending Miley’s night. Across 4.1 innings, he allowed seven hits, three earned runs, five walks, and eight hard-hit balls.

Tony Santillan came on to replace Miley, and it was easily his most impressive performance as a Red. The first batter he faced was Jason Heyward, who he got to ground into an inning-ending double play from Kyle Farmer. While Santillan did allow a single to Rizzo in the sixth inning, he struck out Contreras, Bryant and Duffy for all three outs.

With a two run lead in the seventh inning, Brad Brach was next out of the bullpen. After a strikeout of Wisdom, Brach walked Bote and allowed him to reach second on a sacrifice bunt from Marisnick. With two outs, Hoerner looped an 80.6 MPH single to center, which was upheld on a challenge from the Reds, who believed Shogo Akiyama did not trap the fly ball.

Josh Osich followed Brach out of the bullpen in the eighth inning. After striking out Rafael Ortega to begin the inning, Contreras tied the game with a 105.4, 384-foot home run to left-center field. Osich then allowed a bloop single to Bryant, but was able to get Rizzo to ground into a fielders choice. He was lifted for Heath Hembree with two outs and Matt Duffy at the plate, who struck out looking to end the inning.

Hembree remained in the game for the ninth inning, trying to force extra innings. He started the inning by issuing a walk to Wisdom. After Bote crushed a 97.4 MPH fly out to the wall, Ian Happ walked and Hoerner was hit by a pitch, loading the bases with one out.

David Bell opted to pull Hembree, bringing on Amir Garrett. The first batter he faced was Javier Baez, pinch hitting for Ortega. With five infielders on the grass, Baez hit a long fly ball to center field, giving the Cubs a 6-5 win.

The Reds continue their four game series at Wrigley Field, as Vladimir Gutierrez takes on Adbert Alzolay at 8:05 EST.

I don’t understand why Garret was not brought in to pitch the 8th. Osich against Contreras and Bryant are terrible matchups, he’s frequently given up HRs to RHed hitters his whole career.