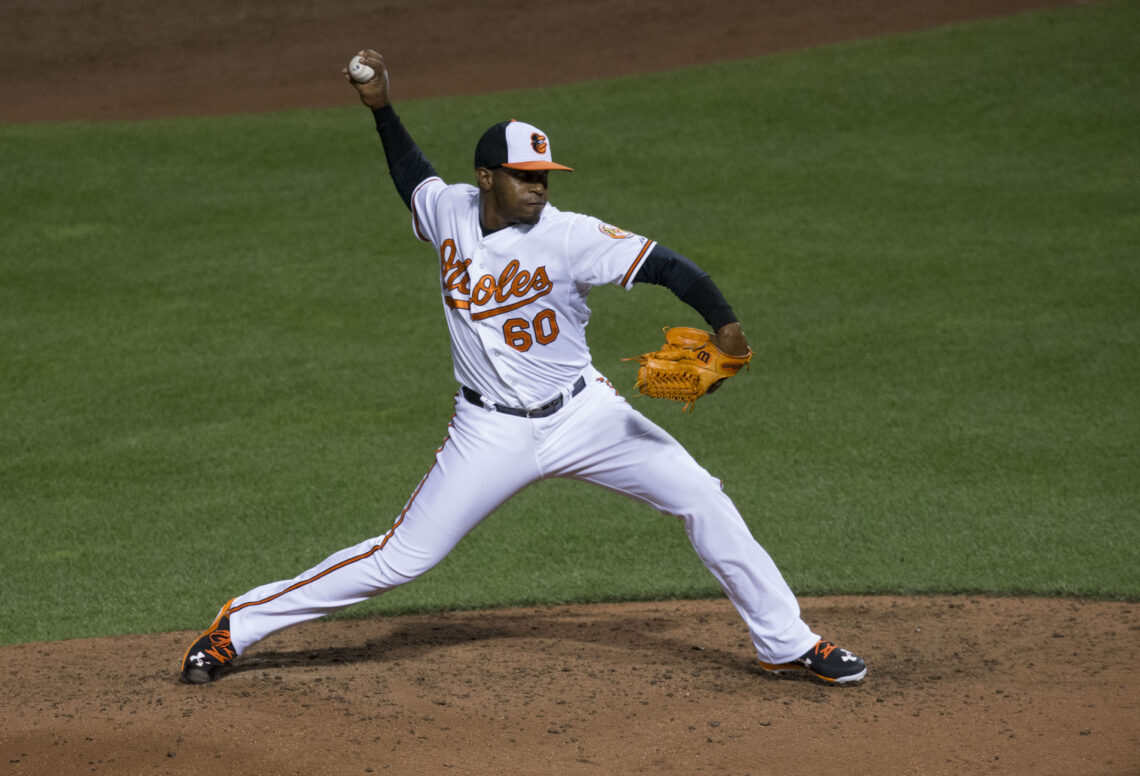 Shortly after acquiring Luis Cessa and Justin Wilson from the Yankees, the Reds acquired another reliever on Wednesday when they received right-hander Mychal Givens from the Rockies. The Reds sent a pair of pitching prospects, Case Williams and Noah Davis, to the Rockies. Williams was part of the Reds’ return, along with Jeff Hoffman, in the Robert Stephenson trade during the offseason.

Suddenly, the bullpen looks a lot different than it did 24 hours ago. Let’s get to know the Reds’ newest reliever.

Givens was selected by the Orioles in the second round of the 2009 draft. He began his professional career as a shortstop and converted to pitcher in 2013. After a decent first two seasons on the mound, it all came together for Givens in 2015. That year, he went straight from Double-A to the majors as the Orioles aggressively called him up while in the midst of a playoff hunt. The right-hander pitched in parts of six seasons with Baltimore before he was traded to the Rockies at the deadline last year.

Givens is in his final arbitration year, which makes him a free agent after the season. He’s under contract for $4.05 million in 2021.

While he’s maintained strong strikeout rates over the last three seasons, his walk rate has risen (10.5%) and his flyball tendencies have resulted in a lot of home runs (1.8 per 9 IP), though pitching in Coors Field didn’t help.

This season, Givens has an excellent 2.73 ERA in 29.2 innings, but his 4.67 FIP and 4.23 xFIP indicate he hasn’t truly pitched up to that level. Walks (11.3 BB%) and home runs (1.5 per 9 IP) are a large reason for that. But there’s still plenty to like about his game. Givens, despite pitching in a park that suppresses pitch movement (Coors), still has an above-average 27.4% strikeout rate. He has also excelled a preventing hard contact. If he had enough innings to qualify for the leaderboard, he’d rank around the 87th percentile in average exit velocity and 97th in hard-hit rate.

The last two years, Givens has had some interesting platoon splits:

Lefties have struggled to hit him hard, but his strikeout and walk numbers are poor. He misses plenty of right-handed bats, but gives up harder contact. It’s not a huge sample (52 innings), but it is interesting.

Aside from a back strain that forced him to the injured list earlier this year, Givens has had a clean bill of health throughout his MLB career. That was his only time on the IL. He’s pitched 58 or more games and 63 or more innings in every year but the COVID-shortened 2020 season.

He returned from the back injury on July 7.

Givens throws three pitches: a four-seam fastball (46.3% usage), changeup (39.5%), and slider (14.1%). He has an unorthodox sidearm delivery that gives his pitches extra deception.

Givens doesn’t throw his fastball particularly hard (94.3 mph), but it gets excellent spin (95th percentile). Because of his delivery, the pitch doesn’t get great spin efficiency (76%), which means it doesn’t have much rise (1.9 inches below average). However, it can still be a challenge for hitters to pick up. The four-seamer has been Givens’ best pitch throughout his career, carrying a -36.4 run value (negative is good for pitchers). Only five relievers rank higher since 2015 (min. 1,000 pitches): Chad Green, Aroldis Chapman, Josh Hader, Nick Wittgren, and Craig Kimbrel. That’s a pretty, pretty good list to be on.

The right-hander’s secondary pitch of choice depends on the batter he’s facing. He’ll deploy the changeup against lefties and the slider versus righties. Year in and year out, both pitches have been reliable swing-and-miss offerings. Givens has a career 36.1% whiff rate with his slider and 38.4% with his changeup, though they’re down a bit this year (32.0% and 30.3%, respectively).

Here’s a look at the changeup:

Givens is an immediate bullpen upgrade with plenty of experience in high-leverage situations. While he’s not a shutdown reliever and his performance has dropped off somewhat in recent years, he can still rack up strikeouts and limit hard contact.

The Reds gave up a couple of decent pitching prospects to get Givens. Baseball America ranked Noah Davis as the team’s 15th-best prospect, while MLB Pipeline had him at No. 26. Case Williams was unranked by Baseball America and MLB Pipeline rated him at No. 20. It’s not a huge cost, but it does thin out the farm system’s pitching depth a little bit.

The bigger news is that in less than one day, the Reds swapped out Josh Osich, Edgar Garcia, and Ryan Hendrix for Givens, Luis Cessa, and Justin Wilson. More help is on the way, too, as Michael Lorenzen could return as soon as this weekend and Lucas Sims just started a rehab assignment. Plenty of improvements can still be made before the trade deadline, but this was a good start, even if it was long overdue.

Thanks. Matt, great introduction to Givens.

Pinson, I think we also should thank Givens for his stellar introduction to us Reds fans yesterday!