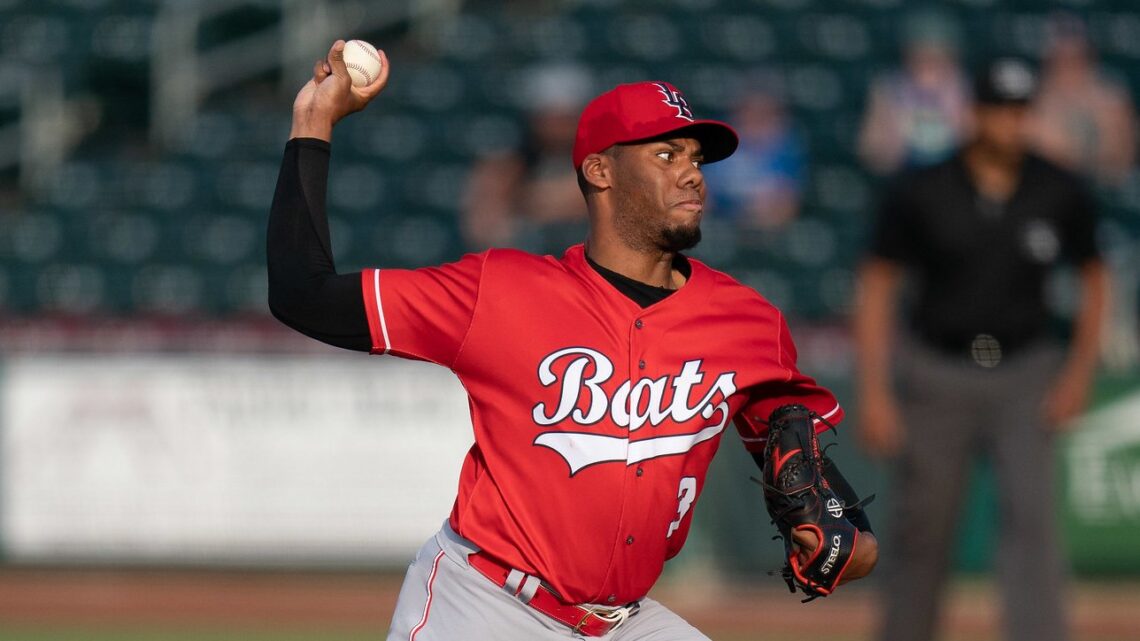 The Reds do not have a fifth starting pitcher.

In the next few days, they need to trade for one or call up prized prospect Hunter Greene.

Before we lay out specific solutions, it’s worth remembering how we got to the end of July stuck with no viable answers.

Heading into spring training, the Reds gave Michael Lorenzen the fifth spot in the starting rotation, joining Luis Castillo, Sonny Gray, Tyler Mahle and Wade Miley. Whatever competition that existed for the last slot appeared to be between Lorenzen and Tejay Antone. If you recall, Antone burst out of the gate in Goodyear with two compelling appearances but then got sidelined a bit with a mild groin strain. Meanwhile, Lorenzen was speaking with great confidence that he would get the spot and appeared to be right.

With Lorenzen and Antone out of the rotation competition, the Reds were left without a solid “next up” candidate. For a while, that didn’t seem like it would matter much because reports about Lorenzen were encouraging. Whether it was Jeff Hoffman, Jose de Leon or someone else, it would just be for a couple starts. But as the severity of Lorenzen’s injury and slowness of his recovery became apparent, the need for a fifth starter went from a temp gig to full-time job.

As of now, the Reds have tried Hoffman (11 starts), Vlad Gutierrez (10), Tony Santillan (4) and de Leon (2) for that role. It’s safe to say none passed the audition. Here are their respective xFIPs:

Before you get too crazy playing “one of these numbers is not like the other” recall the Reds designated Jose de Leon for assignment earlier this week when they promoted Edgar Garcia and R.J. Alaniz to the major league bullpen. Earlier this week, Steffen Taudal looked at internal options including bullpen arms and a couple minor leaguers.

Given this context, the idea of the Reds switching to a 6-man rotation, when they don’t have five good arms, seemed odd. It smacked of a last-ditch try out for Hoffman, coming off a month of rehab starts. It wouldn’t surprise me if Hoffman was DFA’d or moved to the bullpen (not that his stuff plays better as a reliever).

Manager David Bell, who in contrast to GM Nick Krall or the team’s owners, has to answer media questions after every loss, has equivocated for weeks when asked about Hoffman’s post-rehab role. Bell’s deliberate ambiguity this afternoon after the game when asked if Hoffman would get another start was telling:

“We’ve got to figure that out. We’ll use [Thursday’s] off-day to discuss that and make a decision, and go from there. We know the rotation for the next series. … And then a decision to make with Wade [Miley], whether he’ll go the fourth or fifth day [after] the off-day. But we got to figure out, do we stay with the six-man [rotation]? What do we do with that part of the back end of the rotation?”

I have two suggestions.

The first is to make a conventional trade for a good 4th or 5th starter. Someone on Twitter today suggested a Tanner Roark type. That sounds right. The Reds don’t need a fifth starter for the postseason (Although Dick Williams would be trying to trade for a front of the rotation guy as he did in 2019). They need a pitcher to help them get to October. If the Reds are willing to take on the last couple months of a veteran contract, this type of trade should be easy to pull off.

Alternatively, the Reds could call up Hunter Greene from Louisville. Greene isn’t ready. He is nowhere near as good now as he will be. When Matt Wilkes and I were discussing this, he made the point that a call up to pitch as a reliever makes more sense for Greene in terms of his own development. Pitching from the bullpen would let him lean on his fastball while working on the rest of his pitches.

But the Reds are far from operating in an ideal world.

There’s a good chance Hunter Greene would be no worse than the other in-house options and a possibility he’d be much better. The announcement of his call up and debut would create a jolt of excitement among fans.

It might ignite a Reds team that has been beaten down by the failure of ownership and front office to fix anything. Reds broadcaster and former big league reliever Jeff Brantley has been saying for weeks that repeated bullpen failures discourage the rest of the team. Brantley said today he could feel Hoffman’s bad start “suck the life” out of the rest of the team.

If the front office can’t swing a reasonable trade, add Greene to the 40-man roster, call him up and let the 21-year-old start in August and September. He can move to the bullpen if the team makes the postseason.

What about a piggyback of Greene and Lodolo? 3-4 innings a piece, move to the pen if needed, let’s both get MLB experience and work with DJ for 2 mos in Cincy on adjustments

I think Mike’s idea is good except Lodolo has to move to AAA first because of protocols. Whether it is as a reliever or a starter…I am all in on Greene. Ideally as a reliever but I am also okay with him as a starter because of situation. Greene to Cincinnati…. Lodolo to Louisville… and Berrero today. Sorry for leaving topic.