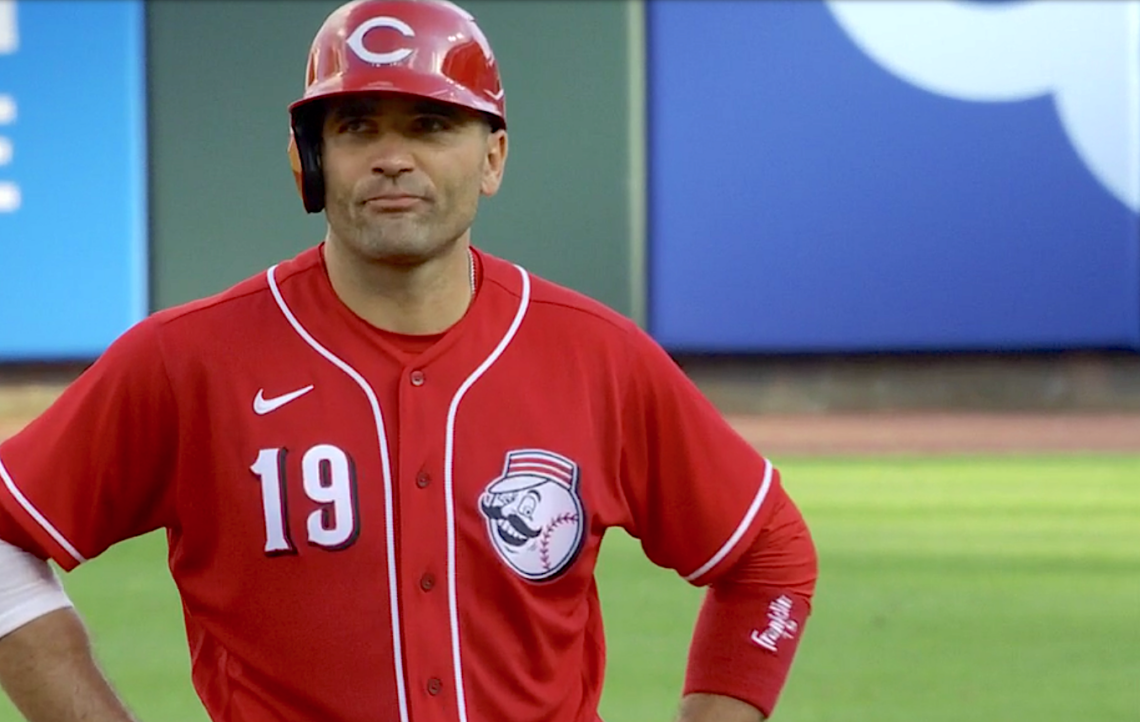 After outscoring their opponents 18-6 the past two games, the Reds bats went silent today against an improbable starting pitcher. The 6-1 loss moves the Reds to a 63-54 record and they missed a chance to gain on Milwaukee, who lost the first game of a double header with the Pirates 12-4. The Padres play later tonight.

Despite the outcome, Luis Castillo might have had his best stuff of the year. His average fastball velocity was the highest it has been all season. Castillo’s 100.7 mph fastball in the 1st inning (followed by another in the 2nd inning) was the fastest recorded pitch of his career. Castillo’s previous fastest pitch was a 100.3 mph fastball which he threw twice in 2017 and once in July 2021. Those are the only pitches faster than the 100.2 mph pitch he threw to Bryce Harper today. So 100.7 mph was a clear bit above the previous best.

Beyond velocity, Castillo had solid command of his pitches. He didn’t give up a walk until the 6th inning. The home run he gave up to Ronald Torreyes wasn’t a bad pitch. Torreyes yanked a 98-mph Castillo fastball 358-feet down the left field line. A bit of history on Torreyes. His first major league organization was the Reds, who traded him in 2011 to the Cubs for reliever Sean Marshall. Since then the infielder has been with eight major league organizations, twice with the Cubs before landing with the Phillies.

Castillo went 6.2 innings, giving up three runs on five hits and two walks. He struck out eight. Castillo threw 106 pitches and induced 21 swings-and-misses, 10 on his changeup. His 40% whiff rate was excellent.

Jeff Hoffman recorded the third out of the 7th inning on 3 pitches.

Then Sean Doolittle entered the game with the Reds trailing 3-1. Apparently, he’s the best left-hander the Reds have (the other two are Amir Garrett who can’t be trusted not to walk every batter he faces and Justin Wilson whose xFIP is 5.16). Doolittle walked the first batter he faced (of course) and then gave up a run-scoring triple to Bryce Harper.

On Harper’s fly ball, Nick Castellanos’ lack of speed cost him the step he needed to catch it. The ball got by the Reds right fielder and rolled to the wall. Then when Kyle Farmer’s throw in rolled onto the mound, Tyler Stephenson went to get the ball and Doolittle wasn’t there to back up home and Harper scored with no one covering. The cherry on Doolittle’s sundae was a solo homer given up to Andrew McCutchen. The score was 6-1.

Before today, Matt Moore had been one of the worst pitchers in the league. He had lost his spot in the Philadelphia rotation twice this year. But today, he no-hit the Reds for six innings. Part of it was skill — he struck out eight. Part of it was luck — the Reds had five hard-hit balls and two others just below 95 mph. It’s likely Moore got the spot start because of the Reds 2021 struggles against left-handed starters.

The Reds first hit of the day came the same way as did the Phillies — on a solo home run. Leading off the 8th inning, rookie Tyler Stephenson hit his 7th homer of the season, this one 361 feet to right field. It came off former Reds reliever Archie Bradley. The only other hits for the Reds was a two-out bunt single by Tyler Naquin and a single by Kyle Farmer.

The Reds finish the series with the Phillies and the road trip with a 1:05 pm game tomorrow afternoon in Citizens Bank Park. Sonny Gray (3.26 xFIP) goes against tough right-hander Aaron Nola (3.38 xFIP). David Bell’s club then returns home for a seven-game home stand, starting with three against the Chicago Cubs.

Aquino was playing Jankowski so shallow that it didn’t seem possible that Miller could score from second. Trouble getting the ball out of his glove and then made an off-line, flat-footed throw. Aquino-Naquin-Castellanos is a weak defensive OF.

Naquin is awful against LHed pitchers – he just flails away at everything.
Shogo better against lefties and a much better defender.
This becomes academic when (if ?) Senzel returns.

Agree. I thought Aquino would throw him out and would have if the throw would have been a foot closer to the plate. I think Aquino is OK in one of the corners, not great, but OK. The other two allow a lot of runs. Naquin would be OK in a corner, too. Good arm. The front office has shortchanged Bell. Leaving him having to play Suarez at SS yesterday and Naquin against a LHP today is embarrassing. Senzel solves those problems. At some point, they need to call Senzel up and put him in.

Castillo was electric and the Reds hit a few balls hard today, but for the most part they seemed to be sleep walking. Maybe a combination of the heat and complacency after beating Wheeler.

Against RHed hitters, Doolittle is a batting practice pitcher. When Antone returns, they have to get rid of one of him or Garrett or Wilson. Garrett has too much upside, they just traded for Wilson who’s pitched OK so far. Maybe Doolittle will suddenly come down with a sore elbow or impinged shoulder or strained groin or whatever.

There are plusses and minuses for all those guys. Garrett has the most upside, but he’s unreliable now. Walks have been a problem for him before. Outside of a couple of times, he just hasn’t been in sync this year. I don’t think they traded for Wilson. I think he was a throw-in for Cessa so the Yankees could get out of the money and the roster spot. Wilson had a 7+ ERA at the time. He’s been good for many years, but atrocious this year. Doolittle is irredeemable in my book.

Frustrating loss, but those happen. On paper this looked like a much more likely win than Friday facing Wheeler. But if you’d offered me a split of those two I’d have said “fine”. Today is the critical game. A 3-4 road trip against playoff contenders is passable, 2-5 not so much. I’m still very optimistic about the WC Reds playoff chances, but adding Senzel, Barrero and Antone would help the holes in their roster a lot. Doolittle has pitched 3 innings this month – even if he was good he’s unnecessary, and he’s not good. Hembree has become filler as well imo. The question is who leaves to make room for Barrero? I’d vote Naquin, or Aquino, or Suarez(!) or Moustakas back to the IL. If I’m being realistic I’d guess no one because he’s staying at Louisville. Sigh. Go Reds, win this series!

The Reds don’t seem to have the stomach for the roster moves they need to make. I imagine them sitting around a table saying things like: “oh my goodness, we can’t cut Justin Wilson, did you see those innings he threw last week.” Or, “Wait, Sean Doolittle’s fastball velocity increased by a few miles per hour. We need to be careful cutting him.” They have nine arms in the bullpen and after Lorenzen, Givens, Sims and Cessa, they’re all expendable. Imagine talking yourself into the belief that cutting any of Hembree, Garrett, Wilson, Doolittle and Hoffman are hard roster choices.

My guess is Barrero will wait until the rosters expand in September because of that.

Well I thought Barrero would be the tricky one. Now there isn’t room for Senzel? Embarrassing (saw your tweets, spot on). What’s next – We can’t activate Tejay Antone because the team is winning and we don’t want to change the chemistry? There are literally eight players (at least) who could be dropped from the roster in favor of Senzel and instantly the team gets better: Hembree, Doolittle, Garrett, Naquin, Aquino, Akiyama, Moustakas and Suarez. And the preference for nine relievers is ridiculous. Bell could easily start using some relievers for more than an inning occasionally (Benavides did it twice today), AND he’s got arms he almost never uses. Doolittle has pitched 3 innings in August, mostly badly. Even if he was good he’s not critical, and he’s not good. Just. Wow.