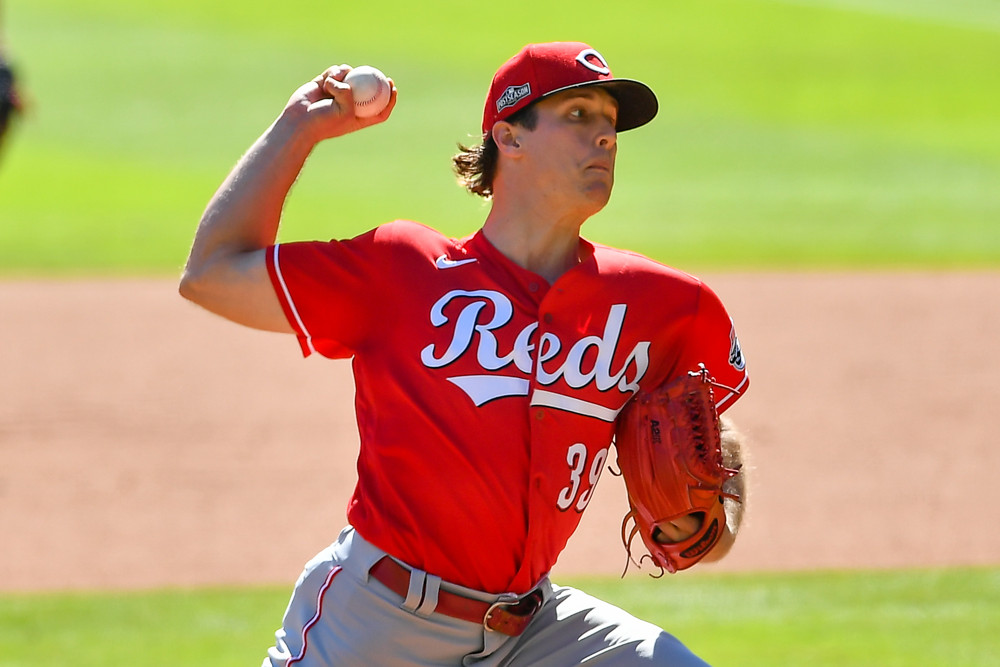 The Reds have been without their two best relievers, an MVP caliber outfielder, an overall number two pick, and one of their most significant free-agent acquisitions from 2019 for varying amounts of time since May when Mike Moustakas first went on the IL with a heel contusion. However, this past Thursday, Nick Castellanos was activated, and Mike Moustakas played his first game since May 18th last night, going three for four with three doubles. Rehab stints are in full swing for Nick Senzel and Lucas Sims, both at the Triple-A level.

The Reds’ offense that is currently fourth in the league in runs scored is getting some of its firepower back, and the bullpen that has been less than stellar lately will get reinforcements as well. Tejay Antone starts his rehab assignment today, but a timeline closer to the end of August seems most likely. Upon Castellanos’ activation, Max Schrock went back to Louisville. Mike Freeman went down as Moustakas was activated. We should see Sims activated in the coming days, and Senzel is not far behind. Only 2.5 games out of the wildcard spot and a favorable schedule down the stretch, the Reds getting some of their best performers of the season back only amplifies the excitement down the stretch. However, some tricky roster and lineup decisions are coming to the front office and David Bell.

Sims seems the more immediate of the two, with David Bell stating he could be back in Cincinnati as soon as Sunday. He will provide another arm for high leverage situations, something the Reds have desperately needed in the past weeks. Below are some of the stats from Sims before his injury this year.

With the Reds already carrying nine relievers, this will have to be someone out of the bullpen designated for assignment since no one has any options remaining. First, we can remove the improbable candidates. The three recently acquired pitchers, Luis Cessa, Justin Wilson, and Mychal Givens, seem unlikely to be on the chopping block. After finally getting Michael Lorenzen back, he seems safe as well. Heath Hembree has had issues with walks and home runs but still sits in the 98th percentile in both K% and xBA and the 87 percentile of xwOBA and xERA.

This leaves Jeff Hoffman, Brad Brach, Sean Doolittle, and Amir Garrett as possible candidates to DFA. A few weeks ago, Sean Doolittle would have been at the top of my list. I still doubt that even if he were the logical choice, the front office would designate one of their big signings in the off-season, but Doolittle has been serviceable lately. Since his July 17th disaster against the Brewers, Doolittle has seen an uptick in velocity and has made six appearances for 4.1 innings, only giving up one hit, walking two, and striking out five. Amir Garrett has a similar storyline, a rough season out of the gates, but he has also been solid lately. He is also a front office favorite and has the benefit of adding another left-handed arm out of the bullpen.

Now we’re down to Brad Brach and Jeff Hoffman. Below are the season statistics and profiles for both. Notice the xwOBA spike in Brachs in the past 50 PA. 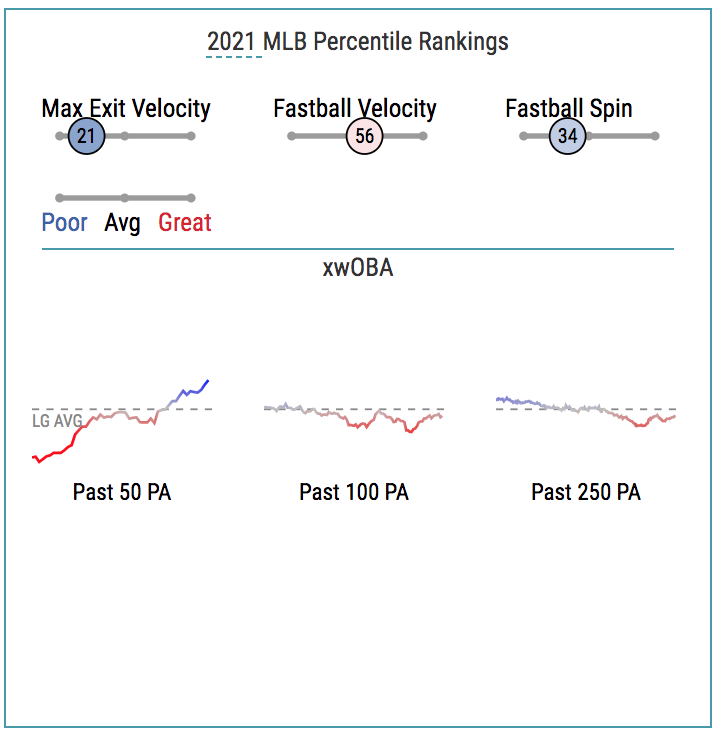 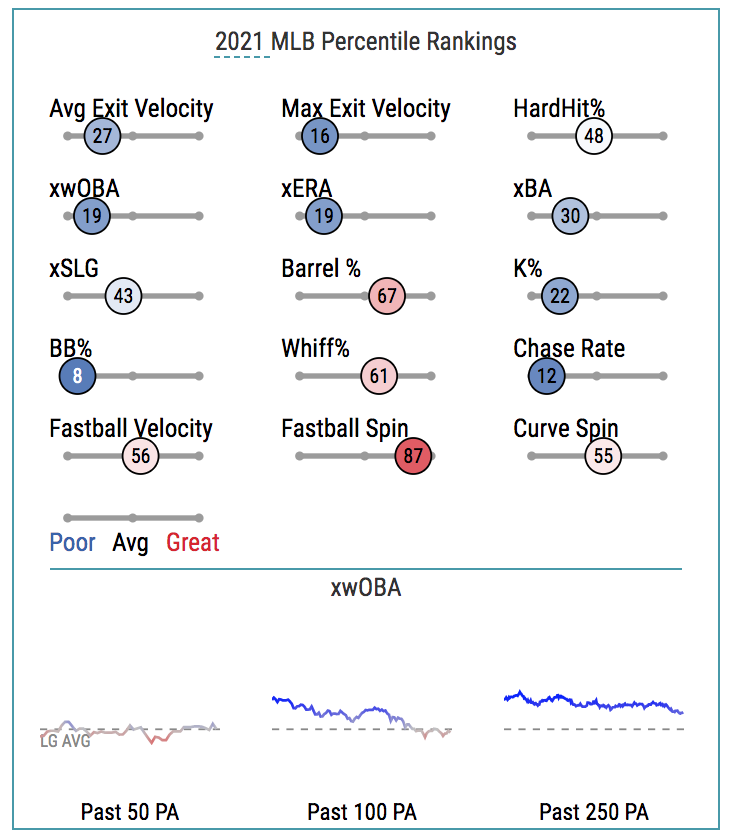 Jeff Hoffman had a rough go as a starter but has looked a little better as a reliever. In the minimal sample size of five innings, his xFIP is much lower than the 4.99 over the season at 3.23 in relief appearances, and he has a struck out a third of the batters faced.

In that same period, Brach has had some rough outings that ballooned his xFIP from 4.28 to 4.77. It will come down to these two once Sims is activated.

The big question surrounding Senzel coming back will be if the Reds want to carry nine relievers, as they have been, or go down to eight. While Senzel played some infield before the injury, he has primarily been an outfielder at the professional level and during his rehab assignment. Moving to eight relievers would mean carrying six outfielders. With the move yesterday and confirmation from David Bell, they will platoon Moustakas and Eugenio Suarez at third base. That only leaves Aristides Aquino, Shogo Akiyama, and Tyler Naquin. Naquin and Aquino have consistently gotten starts over Akiyama and do not have any options, so he seems the most likely of the position players.

Akiyama has been disappointing after the high expectations from his signing. So far this year, Akiyama has gone 26/108 with only six doubles. While the xBA of .252 displays some unluckiness, the xSLG of .328 shows the lack of power fans have seen on the field. Nonetheless, he is an above-average fielder and an additional left-handed bat off the bench, but he also has options left. He can go to Louisville for a few weeks and come back up with the expanded rosters in September. If the Reds choose to stay at nine relievers, Akiyama is the fielder that makes sense to send down.

I think the Reds are going to stay at nine relievers in the bullpen. Jeff Hoffman is the only non-starter on the roster that has shown he can go extended innings (albeit not with great success). With Lucas Sims coming off an injury, I don’t see Bell using him as frequently as before his stint on the IL, at least for a while. An additional arm in the bullpen will help him to do that. When Lucas Sims comes back, Brad Brach is the first to go. Senzel’s activation will push Shogo to Louisville for a few weeks. Jeff Hoffman is not out of the woods. Art Warren and Tejay Antone are coming, and if either is ready before the roster expansion, Hoffman will be the likely roster casualty.

According to Cots, Akiyama cannot be sent to the minors without his consent, apparently per his contract and regardless of his otherwise having options.

My guess is that they will find an injury to Naquin, like they did earlier today with Branch. They can then rehab him in AAA until September 1, then decide to whom to recall.