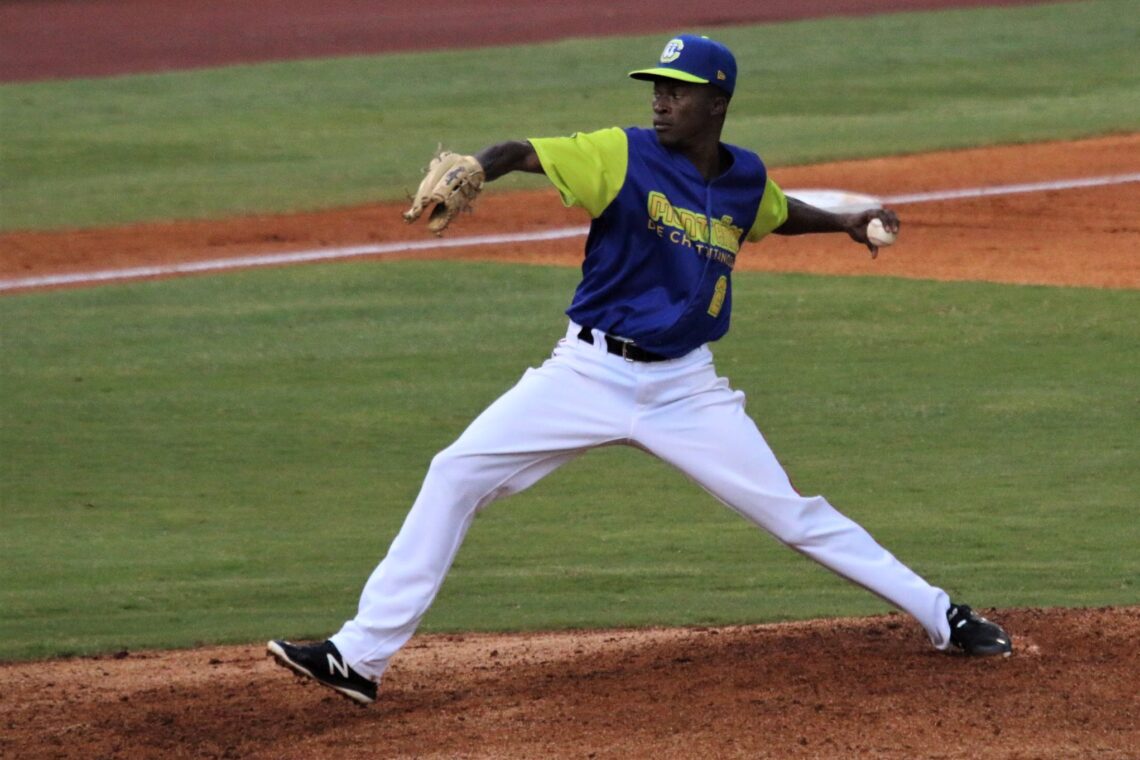 With Wade Miley likely done for the season with a strained neck, the Reds will call up fellow left-hander Reiver Sanmartín to fill the vacant spot in the rotation. Sanmartín will make his MLB debut on Monday against the Pirates.

Let’s get to know the 25-year-old left-hander.

Sanmartín was signed by the Rangers in 2015 as an international free agent from Colombia. He was traded to the Yankees in 2017 and then to the Reds in 2019 as part of the Sonny Gray deal.

The southpaw has found success at each minor league stop, appearing as a starter in 75 of 95 career appearances. Sanmartín has a career 3.22 ERA and 2.99 FIP, with an average strikeout rate (22.5%) and an outstanding walk rate (4.8%). Put another way, he’s averaged over 4.5 strikeouts for every walk issued.

Sanmartín appeared in three games with the Reds during spring training earlier this year.

He started the regular season in Double-A Chattanooga, but he quickly pitched himself into a promotion by allowing only one earned run and striking out 23 batters in 18 innings. He’s pitched in Triple-A Louisville since the end of May, making 21 appearances and 14 starts. In 82.1 innings, he has a 3.94 ERA, 3.06 FIP, and 3.26 xFIP while continuing to limit walks (6.7%). One particularly encouraging aspect of his time in Triple-A is that he’s struck out batters at a higher clip than his career rate. Among all pitchers with at least 80 innings in the Triple-A East league this season, Sanmartín’s strikeout rate (25.9%) ranks fifth.

Sanmartín is not ranked among the Reds’ top 30 prospects by either Baseball America or MLB Pipeline, although he’s noted as a “sleeper arm” by FanGraphs.

Sanmartín has a funky delivery with a low arm slot that gives him natural deception. His control and command are his best attributes. He throws three pitches: a sinker, curveball, and slider.

The sinker sits in the low 90s and plays a pivotal role in Sanmartin’s excellent groundball rates. More than half of the batted balls he’s allowed in his career have been hit on the ground (52.2%). He has an outstanding 55.2% groundball rate in 2021. For reference, that’s about what Luis Castillo has done at the MLB level (55.7 GB%). Castillo leads all qualified starting pitchers in groundball rate.

Sanmartín has a sweeping slider that looks similar to that of Amir Garrett.

Here’s a look at it (video from MiLB.com):

We don’t have pitch data for the minor leagues, but if Sanmartín uses his changeup conventionally, he probably uses it primarily against right-handed hitters.

You can see his changeup in the first pitch he throws in the clip below:

Sanmartín can get hitters out on both sides of the plate, but he’s dominated left-handed hitters with that sweeping slider. Here are his career splits:

Although the three-batter minimum has effectively eliminated the LOOGY role, Sanmartín could very well find himself contributing in the Reds bullpen in future years. Notably, Sanmartín has performed better than ever against righties this season. He’s held them to a career best .641 OPS and has seen a significant jump in his strikeout rate (27.4%) compared to his career average.

Cionel Pérez, who was called up when Miley was placed on the injured list, could very well find himself heading back to Louisville tomorrow. The 40-man roster is currently full, so the Reds will have to make another roster move to free up space for Sanmartín. It shouldn’t involve removing a player from the roster, however, as the team could move Tyler Naquin, Shogo Akiyama, Jesse Winker, Mike Moustakas, or Miley to the 60-day IL.

Despite a lack of prospect pedigree, Sanmartín has produced at every stop along his minor-league journey. He’s a strike-throwing machine who thrives on weak contract and ground balls. But he can miss some bats, too. He dominates left-handed hitters and can hold his own against righties.

Long term, Sanmartín is probably destined for a bullpen role in the big leagues, but he could give the Reds nice rotation depth if the organization starts him back in Triple-A next season.

Regardless of where he ends up in the long run, Sanmartín will get a well-earned early audition for the 2022 squad this week.